Despite What Pundits Claim, Most Elections Don’t Tell Us Much of Anything About America

The message from most elections is “Americans Still Disengaged From What the Political Class Spends Its Life Yammering About.” 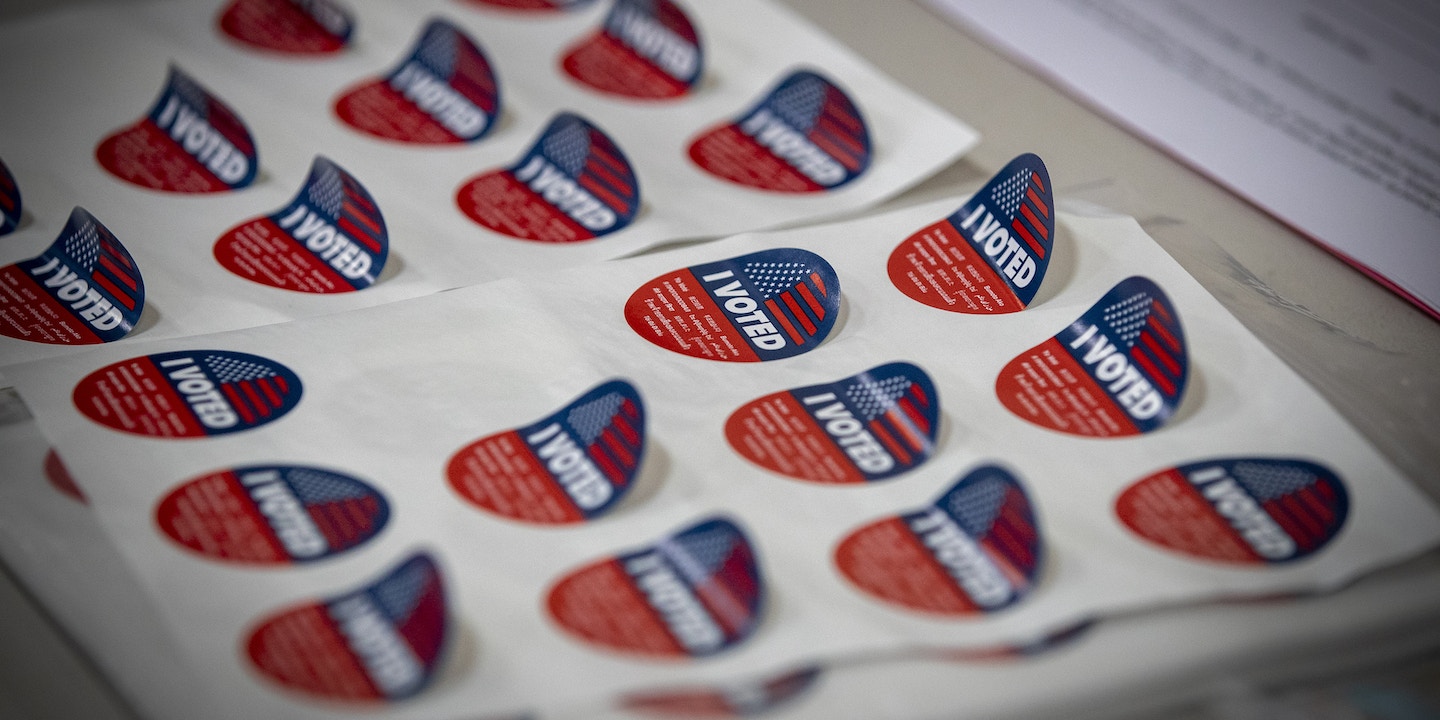 When Chesa Boudin, the district attorney of San Francisco, was recalled on June 7, a volcano of takes erupted about what this meant. New York Magazine declared that it signified the “debacle of urban left-wing politics.” Yahoo News said Boudin was “resoundingly recalled for failing to get a grip on crime and disorder” and this was “sure to reverberate nationwide.” “California Sends Democrats and the Nation a Message on Crime,” explained the New York Times, as progressives “were knocked on the defensive in their own party over crime and homelessness” by Boudin’s “landslide recall.”

It was obvious: If even the far-left voters of “San Fransicko” had rejected Boudin’s brand of criminal justice reform, Americans overall must loathe it. President Joe Biden himself spoke up, saying that “the voters sent a clear message last night: Both parties have to step up and do something about crime. … That’s what I think the message last night from the American public was.”

But then there was a take counteroffensive. Many progressives noted that California Attorney General Rob Bonta trounced everyone else in the state’s jungle primary, despite attacks on him for being a squishy, soft-on-crime lib. Activists pointed to the upset victory of Yesenia Sanchez in the race for sheriff of Alameda County, across the Bay from San Francisco, as a sign that “criminal justice reform is alive in the Bay Area.” Next door in Contra Costa County, progressive District Attorney Diana Becton cruised to reelection despite strenuous efforts from law enforcement groups to defeat her. 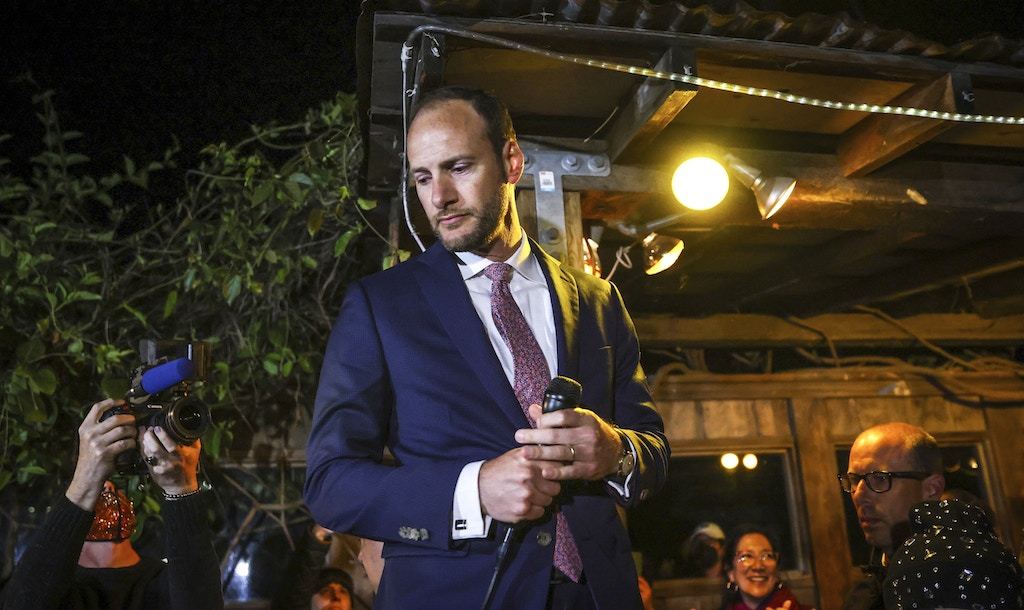 Chesa Boudin prepares to concede in San Francisco on June 7, 2022.

An alien visiting from Mars, however, would look at the basic facts and come to a different conclusion: that none of these races had a larger significance at all about the views of Californians and Americans in general.

According to the current count, 55 percent of San Franciscans who voted chose to recall Boudin. But voter turnout was only about 46 percent, so just 25 percent San Francisco’s voters actually went to the polls and cast a ballot to oust Boudin.

Meanwhile, similar minorities of voters made the decisive choices in the other races, with the opposite ideological outcome.

Bonta was the choice of 60 percent of Californians who voted. But turnout in the state was only 28.7 percent, meaning only 17 percent of voters showed up for Bonta.

Look at those key percentages again: 25 percent, 17 percent, 17 percent, and 19 percent. These are tiny minorities of eligible voters who can’t be said to represent the views of their own neighbors, much less tell some enormous story about America as a whole.

The same phenomenon — pundits drawing preposterous conclusions based on the choices of small numbers of eligible voters — happens constantly across the political spectrum.

When Alexandria Ocasio-Cortez defeated Joe Crowley in the 2018 Democratic primary in New York’s 14th Congressional District in a shock upset and then took office, it was proclaimed as “very likely a harbinger of a new American political reality.” But only 12 percent of registered Democrats showed up to vote in the primary, meaning that Ocasio-Cortez won it with under 7 percent of eligible voters. Then in the higher-turnout general election, she won with the support of about 29 percent of eligible voters.

These are tiny minorities of eligible voters who can’t be said to represent the views of their own neighbors, much less tell some enormous story about America as a whole.

Then there was the 2021 election of Eric Adams as a tough-on-crime New York City mayor. He’s since been seen among national Democrats as a politician of such unusual skill that Speaker of the House Nancy Pelosi, D-Calif., asked Adams to speak at a Democratic Congressional Campaign Committee event to help the party figure out its messaging. Adams won the low-turnout instant runoff Democratic primary as the top pick of 7.5 percent of eligible Democratic voters. He then won the general election with the votes of 14 percent of eligible voters.

Voter turnout, and hence the percentage of eligible voters who choose the winner, is higher in presidential elections. Nonetheless, these numbers are still quite low, especially given the enormous significance attached to them. Ronald Reagan won in 1984 with the votes of 31 percent of those eligible. This was deemed a gigantic landslide and a wholesale repudiation of progressive politics by Americans. Donald Trump won in 2016 as the choice of 26 percent of eligible voters, which was likewise seen as a tectonic shift in the views of U.S. citizens. (In 2020, Joe Biden won as the choice of 34 percent of eligible voters.)

The United States is unusual in this respect: In most comparable nations, far more people show up at the voting booth. In the 2016 election, the U.S. ranked 30th in voter turnout among 35 members of the Organisation for Economic Co-operation and Development. This is in turn likely to due to our other unusual characteristics, including weak political parties and low union density. Americans in general know little about politics and care less, which is just the way the people running things like it.

Thus if U.S. news outlets were honest, the headline for almost all elections would be “Americans Still Depoliticized and Disengaged From What the U.S. Media Class Spends Its Life Yammering About.” But pundits don’t want to tell that kind of truth, for obvious reasons. So we’re doomed to an endless morass of articles about what elections tell us about America’s heart, when they generally don’t tell us anything.