Will a Judge Force Cancer-Stricken Black Elder Mutulu Shakur to Die Behind Bars?

A judge told Mutulu Shakur two years ago that his cancer wasn’t bad enough yet and to come back when he was on his deathbed. Now he is. 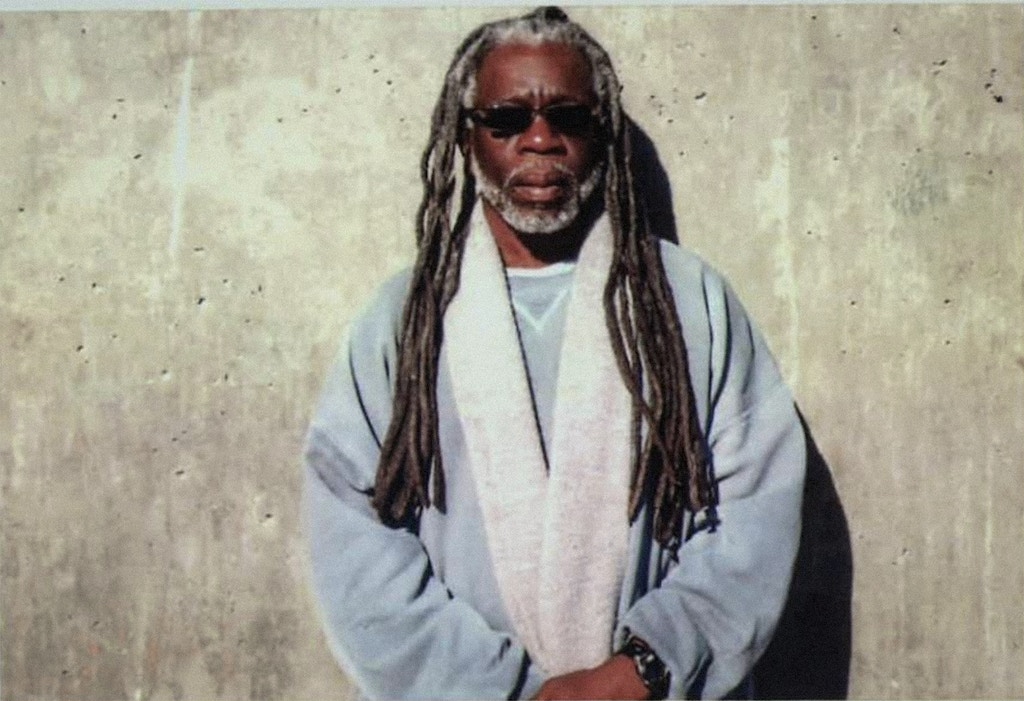 When Mutulu Shakur applied for compassionate release in 2020, the presiding judge told the Black liberation elder that he was not close enough to death. At the time, Shakur was 70 and had spent nearly half his life in federal prison, where a moribund parole system created interminable barriers for his release.

In 2020, he was sick with hypertension, Type 2 diabetes, glaucoma, and the aftereffects of a 2013 stroke while in solitary confinement. He also faced high risks of severe Covid-19 complications. The cancer in his bone marrow, though, was not yet killing him fast enough. It was understood to be terminal, but chemotherapy treatment had been successful in keeping it at bay.

As such, according to then-90-year-old Judge Charles Haight Jr. — the very same judge who had sentenced Shakur to prison over three decades before — the respected and beloved elder, who posed zero risk to society and held an impeccable institutional record, was not eligible for compassion.

“Should it develop that Shakur’s condition deteriorates further, to the point of approaching death, he may apply again to the Court, for a release that in those circumstances could be justified as ‘compassionate,’” the judge wrote in his decision.

The judge is still alive and, astoundingly, on the bench. Shakur, meanwhile, is on the very edge of death.

Two years later, Haight is still alive and, astoundingly, on the bench. Shakur, meanwhile, is on the very edge of death, cancer disabling his every bodily capacity.

Bureau of Prisons-contracted doctors have given him less than six months. The prison chaplain has advised his family members to come “very soon” to say their final goodbyes. Shakur may not even be able to recognize them.

According to reports from prison staff, he is “hallucinating,” “confused,” at times “unintelligible,” needs assistance with all so-called “Activities of Daily Living,” and is “frequently incontinent.” The details of his condition were revealed by medical professionals and Shakur’s family members in an emergency motion for compassionate release, which was filed by his lawyers on Sunday,

Shakur weighs 125 pounds and is unable to get out of bed. His support team told me that he currently resides in the federal prison hospital at FMC Lexington, where “he is too ill to have visitors as his white blood count is too low and he is completely immune-compromised.” (In response to my request for comment on Shakur’s condition, a Bureau of Prisons spokesperson wrote, “For privacy, safety, and security reasons, the Bureau of Prisons (BOP) does not discuss information on any individual inmate’s conditions of confinement including medical care.”)

The time for true compassion — or anything close to justice — has long passed for Shakur, well-known as rapper Tupac’s stepfather and celebrated for bringing holistic health care and self-determination to the Bronx’s Black community in the 1970s. Like most Black liberation elders, the circumstances of Shakur’s conviction were colored by the government’s decadeslong, all-out war on the movement. This should not be forgotten, but it is also not relevant to the current grounds for Shakur’s long overdue release.

The question now is simply whether the federal punishment system will, against its own purported standards, force a dying man to expire behind bars out of ideological intransigence.

Shakur was a member of the Black nationalist organization Republic of New Afrika, which worked closely with Black Panther Party members and New Left activists. He was convicted of racketeering conspiracy charges alongside several Black liberationists and leftist allies for his involvement in the 1981 robbery of an armored truck during which a guard and two police officers were killed. He was also convicted for aiding in the prison escape of Assata Shakur. He has taken responsibility for his crimes and repeatedly expressed remorse for the lives lost and pain caused. All of his co-defendants have been released or have died.

Co-defendant Marilyn Buck, who was convicted on the same charges as Shakur, was granted compassionate release by the Bureau of Prisons on July 15, 2010. She died of uterine cancer on August 3 that year.

The harsh standard applied in Buck’s case was the same one that the judge used in denying Shakur’s release two years ago: Come back only when, like Buck, your only activity outside of prison walls will be dying. Shakur has now arrived at this tragic place. Anything but immediate release constitutes an abundance of cruelty.

Shakur’s release has been blocked by layer upon layer of institutional intransigence and procedural arcana. Even while a number former Black Panthers and other liberation elders — all incarcerated for all too many decades in state prison systems — have finally been released on parole in recent years, the strange vagaries of outdated federal rules, abuses of discretion, and administrative failures have foreclosed such relief for Shakur.

Shakur’s legal team has sought every avenue for his release, including the superannuated federal parole system, the Bureau of Prisons’ compassionate release process, the calculation of Shakur’s earned “good time” in prison, and even the unlikely route of presidential clemency — all to no avail.

As a Bureau of Prisons spokesperson wrote in response to my request for comment on its process for compassionate release motions, “At all times, the decision on whether to grant such a motion — whether brought on behalf of the Director of the BOP, or the inmate themselves — lies with the sentencing court.”

In the federal system, compassionate release rulings are determined by the very court —the very judge — that sentenced a defendant in the first place. Shakur’s fate is once again in his sentencing judge’s hands. Yet there is hope in the fact that Haight himself previously wrote that in circumstances of “imminent” death, compassionate release “could be justified.” As Shakur’s lawyers note in their motion, “It is now imminent.”

Both prior to and during his incarceration, Shakur has been respected as a mentor and a healer. In the emergency motion for his release, numerous men incarcerated alongside Shakur are cited, attesting to his profound positive influence on their lives.

“I recognize Dr. Mutulu Shakur not only as my father, but as the man who changed my way of thinking and saved my life,” wrote Ra’ Sekou P’tah, who was serving a double-life sentence plus 30 years for a nonviolent drug offense when he met Shakur. President Barack Obama commuted P’tah’s sentence after he had served 20 years. When reporting on Shakur’s case last year, I heard several similar stories of mentorship and care from men formerly incarcerated with the Black liberation elder.

The time has passed for Shakur to continue his healing community work as a free man. He will not live to see his mandatory release date in 2024. He is, as his lawyers note in their motion, “on the downward side of an end-of life trajectory.”

The least — and it is the very least — Haight, the judge, can do now in the name of decency would be to allow Shakur to die in the California home of his son and daughter-in-law, in the presence of loved ones, uncaged.