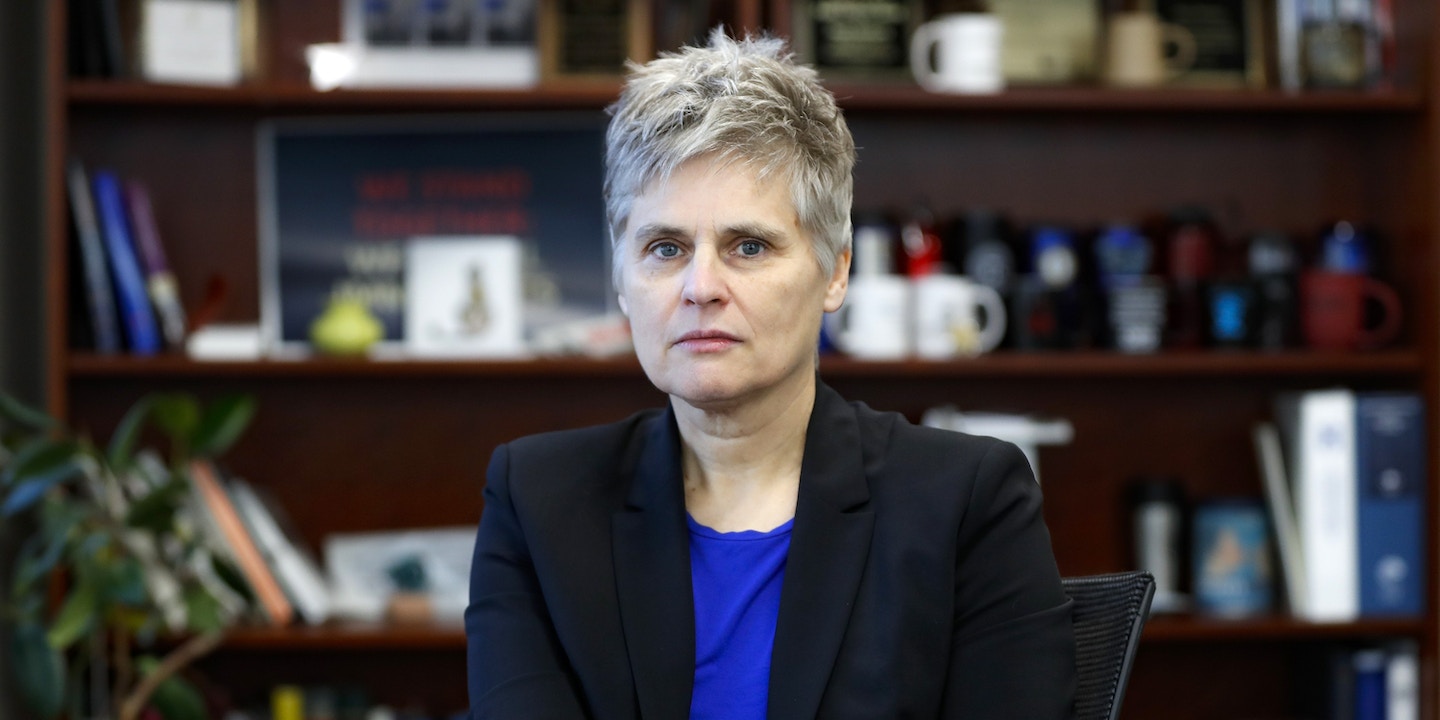 A Tuesday race for top prosecutor in Hennepin County, Minnesota, gave some clarity in the ongoing debate over how Minneapolis residents really feel about police reform two years after George Floyd’s murder. The killing, by Minneapolis police officer Derek Chauvin, sparked a nationwide movement to reform the criminal justice system and local efforts by the City Council to dismantle and defund the police department. But since then, the city has sent mixed messages about how to move forward.

In May 2020, Minneapolis police officer Derek Chauvin was caught on video as he kneeled on Floyd’s neck for more than nine minutes. Last month, Chauvin was sentenced to 21 years in federal prison for violating Floyd’s civil rights during the arrest that led to his murder. But at the time, the officer’s fate seemed anything but certain.

Floyd’s murder, and a spate of other police officers getting off scot-free after killing Black men, led to worldwide protests against police brutality. The county’s top prosecutor, Mike Freeman, sided with Chauvin shortly after the incident, saying that there was “other evidence that does not support a criminal charge” in Floyd’s murder.

Initially, there was momentum behind a plan to defund the Minneapolis Police Department entirely. But amid pushback from local law enforcement, some city council members softened their stance and proposed another plan to overhaul, but keep, the department. And after a ballot measure to replace the city’s police department with a department of public safety failed last November 56 percent to 44 percent, mainstream media and politicians were quick to claim that Minneapolis residents didn’t want major police reform. “Voters in Minneapolis have resoundingly rejected a proposal to reinvent policing in their city,” NPR wrote of the vote.

A jury ultimately decided differently, convicting Chauvin earlier this year, to the relief of Floyd’s supporters. And on Tuesday, Hennepin County voters dealt another rebuke to Freeman’s tough-on-crime approach and what his critics said was a reluctance to hold police accountable in killings and other instances of brutality. Voters sent former Chief Public Defender Mary Moriarty to the top spot for county attorney with 36 percent of the vote in the seven-way nonpartisan primary. Moriarty came in far ahead of the police-backed candidate, retired Judge Martha Holton Dimick, who received just under 18 percent of the vote and will face Moriarty in the November general election.

Dimick is backed by Freeman and local unions for police and sheriffs, along with centrist Minneapolis Mayor Jacob Frey and the Star Tribune editorial board. She served as a county district court judge for a decade before she retired in January to run for Hennepin County attorney. In a Star Tribune op-ed last month, Dimick said that she was depressed after watching the video of Floyd’s murder but that since the murder, “many criminals have heard the message that we don’t care about their actions, and they have acted accordingly.” Her campaign focused on cracking down on repeat offenders and violent crime, and she told the Star Tribune last month that while she supported some efforts to reform the criminal justice system, “we have to send the message that there are going to be consequences if you commit a crime.”

“The community members, elected leaders, and organizations that support our campaign do not always agree with each other on every issue – but we all agree on one thing – that the status quo isn’t working,” Moriarty said in a tweet celebrating her victory Tuesday night.

The Hennepin County attorney’s race was one of at least two in Minnesota in which police-backed candidates fared poorly amid an ongoing debate over how to balance criminal justice reform with public safety. Also in Minneapolis, candidate Don Samuels, who was backed by Frey and local law enforcement, lost by 2 points in his Democratic primary challenge against incumbent U.S. Rep. Ilhan Omar despite institutional support, outside spending, and support from local law enforcement figures.

The county attorney’s office, once held by Sen. Amy Klobuchar, D-Minn., is responsible for criminal prosecutions in the state’s biggest county and rose to national importance after Freeman announced in September that he would not seek reelection amid scrutiny over his handling of the Floyd case. Freeman has held the office for more than two decades over nonconsecutive terms — he was first elected in 1990 and served from 1991 to 1999, when Klobuchar took the seat. He was elected again in 2006 and has held the office since then.

Minnesota House Majority Leader Ryan Winkler, whom the Star Tribune endorsed alongside Dimick for the top two spots, received 16 percent of the vote and came in third place. Winkler ran on a reform platform that highlighted police accountability and reforming cash bail.