A lawsuit alleges that retired Gen. Keith Alexander misled investors while selling off over $5 million in IronNet stock. 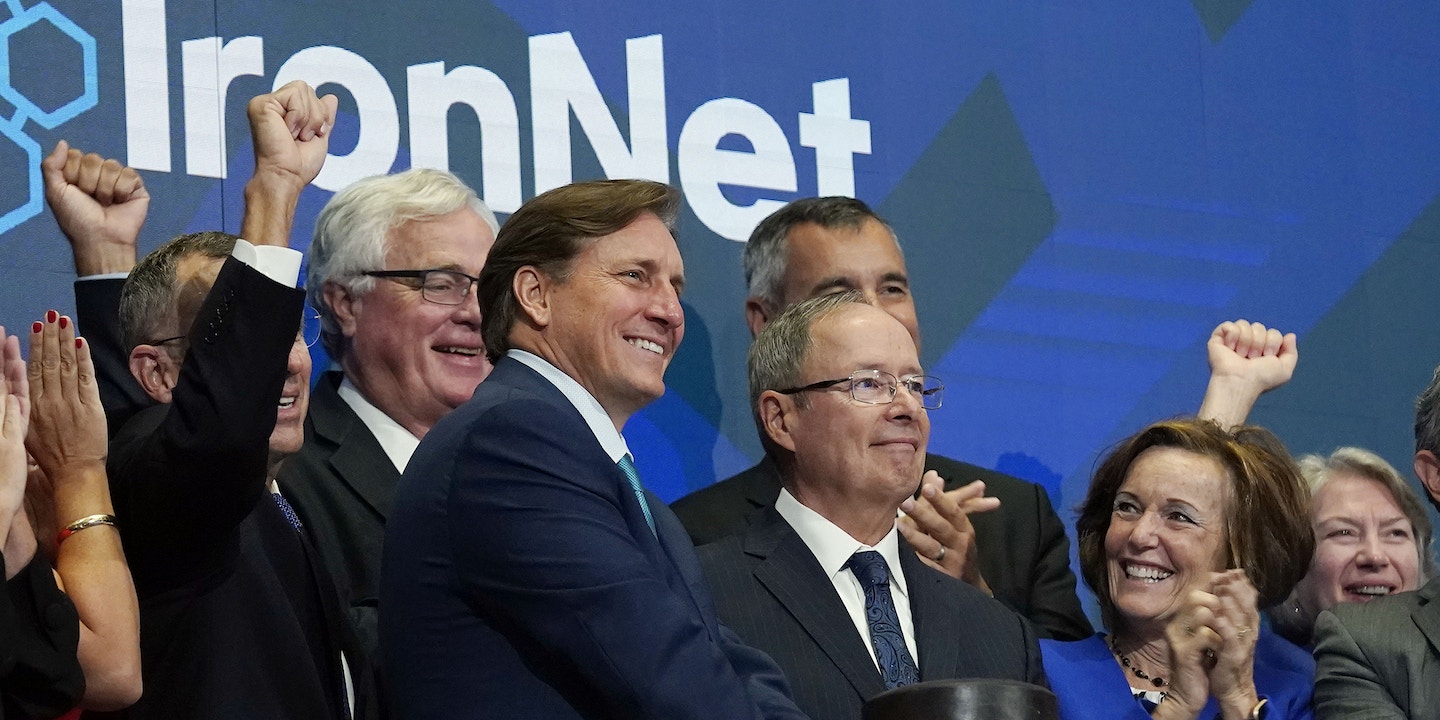 Alexander, a current board member for Amazon who previously served as the head of U.S. Cyber Command and as director of the National Security Agency under Presidents George W. Bush and Barack Obama, allegedly misled investors through a pump-and-dump scheme that enriched him with at least $5 million.

In a securities lawsuit filed in April, investors in IronNet, a cybersecurity company co-founded by Alexander after he left the Obama administration in 2014, claim that the former general gave false promises of government contracts and inflated revenue numbers, all while selling off his shares in the company.

IronNet, which advertises systems to help public and private clients defend against a variety of hackers and other forms of electronic intrusion, relies heavily on Alexander’s image and reputation as a former intelligence official. “As commander of U.S. Cyber Command, we had responsibility for defending the nation,” says Alexander in a promotional video that runs on the company’s homepage.

Joseph Depa, a spokesperson for IronNet, declined to comment.

Plaintiffs in the U.S. District Court in Alexandria, Virginia, allege that IronNet made lofty promises as a cover for company insiders to quickly unload stock on clueless retail investors.

In August 2021, IronNet went public through a “special purpose acquisition company.” The SPAC process allows private companies to go public by leapfrogging the traditional initial public offering process through a merger with a “blank check” corporation. The trend skyrocketed over 2020 and 2021, with over 3,000 listings last year, though the investing craze has died down in recent months following a wave of investor fraud scandals associated with SPAC mergers.

On September 14, shortly after IronNet successfully completed its merger and transition into a publicly traded company, the company issued a press release projecting $75 million in annual recurring revenue for the following fiscal year through an expanded customer base. Alexander, quoted in the release, said that the company stood to take advantage of the “explosive increase in adversary activity that we are seeing.” The company website details specific cyber threats from Russia and Iran.

The next day, according to the complaint, IronNet’s stock swelled from $23.32 to $32.12, as Reddit and other platforms frequented by retail investors buzzed with enthusiasm over the role of a former NSA chief at the helm of a security contractor promising dazzling revenue growth. The 38 percent surge in price was so quick that the New York Stock Exchange briefly halted trading.

On September 20, according to the lawsuit, the chief financial officer, James Gerber, promised that “large transactions” were progressing at a company event with Wells Fargo, leading to another surge in stock price.

Then between October 18 and November 22, Alexander sold over 85 percent of his stock, according to the Securities and Exchange Commission’s Form 4 reports, making more than $5 million. The complaint alleges that “IronNet securities were artificially inflated by Defendants’ material misstatements and omissions about the Company’s Guidance and near-term growth” and that Alexander’s stock sales “were all in a compressed and suspiciously timed five-week period.”

On December 12, 2021, IronNet reversed its projections, reducing its guidance to $30 million annual recurring revenue, a 60 percent reduction. On the news of the revised guidance, IronNet’s stock went down 31 percent that day, trading at $6.80. It now trades at slightly above $2.

SPAC fraud has become a feature of pandemic-era investing.

The IronNet lawsuit also names chief executive William Welch and the chief financial officer, Gerber, alleging they made false statements. According to the complaint, the contracts promised by Gerber did not materialize. Neither did the “new customer momentum” promised by Welch, the lawsuit says. (Matthew Olsen, a co-founder of IronNet now serving as the assistant attorney general for the National Security Division of the Justice Department, was not named in the lawsuit.)

Alexander also serves on a number of corporate boards, the most prominent of which is cloud and e-commerce giant Amazon. At Amazon, Alexander is a member of the company’s audit committee, responsible for reviewing financial statements and maintaining compliance with legal and regulatory requirements.

SPAC fraud has become a feature of pandemic-era investing, with dozens of scandals and lawsuits creating a damning picture of the industry.

Electric vehicle company Nikola Corp., one of the largest early pandemic companies to go public via a SPAC, minting an overnight billionaire of founder Trevor Milton, paid $125 million to settle charges that the company misled investors with false information about its products and technical capabilities. A number of celebrities, including Jay-Z, have been criticized for lending star power to the value of SPACs, only for insiders to cash out.

But the proverbial “deep state” has also harnessed investor interest around lucrative defense contracts and government access to jump on the SPAC bandwagon. As The Intercept previously reported, officials tied to the CIA launched a SPAC at the height of investor interest last November.

IronNet stands out among other companies that went public last year with one of the most prominent former government insiders leading it.

“Because it is a former SPAC, the identity of the company is more closely tied to the expertise and influence of one individual or a small handful of individuals,” said Usha Rodrigues, a professor of law at the University of Georgia.