“I Can’t Believe He Did That”: Retired Kansas City Detective Charged With Kidnapping and Rape

Roger Golubski has long dodged allegations that he framed suspects and engaged in a pattern of abuse. Will his victims finally find justice? 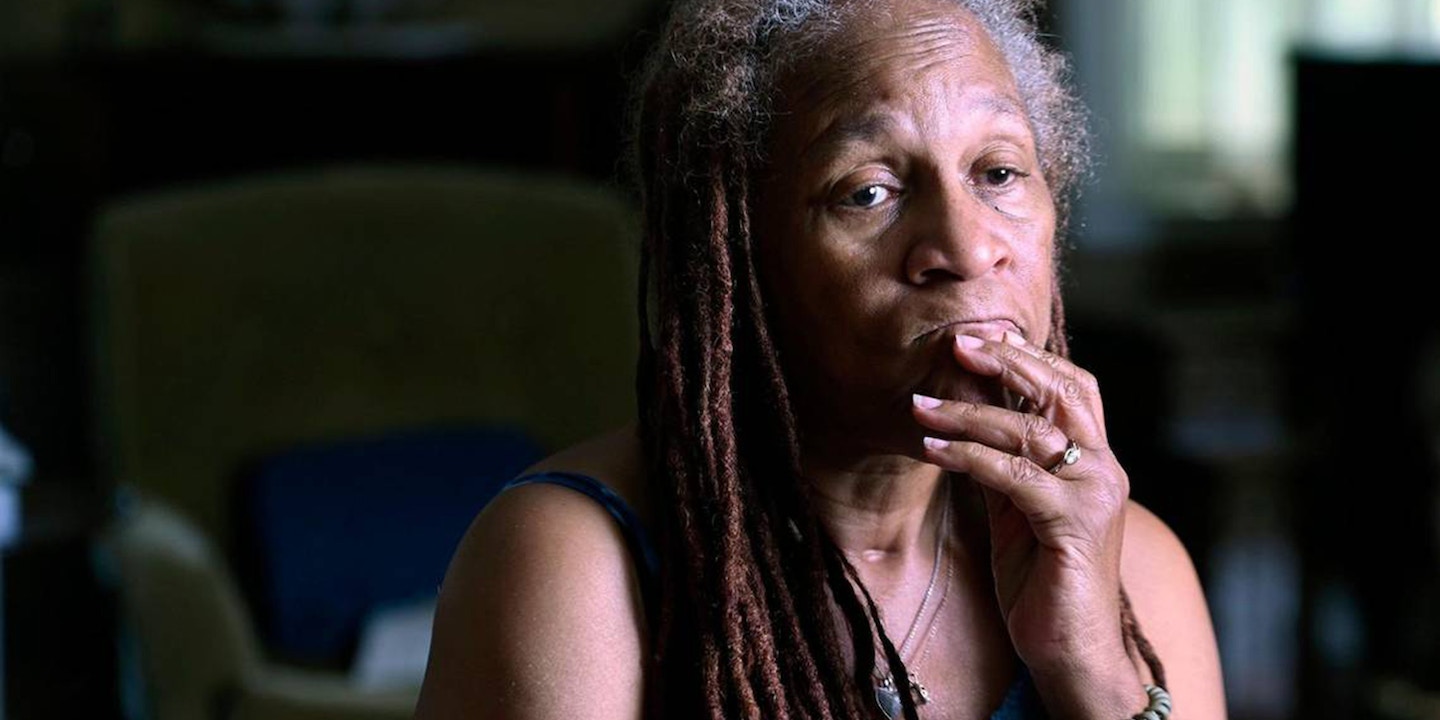 Ophelia Williams’s nightmare began on August 8, 1999. It was sometime before 7 a.m. and Williams and her children were asleep in their home in Kansas City, Kansas, when she was awoken by a loud banging on the front door. Williams put a housecoat over her nightgown and went to answer it. Outside was a gaggle of police officers with a search warrant. She let them in.

They were there, she learned, to arrest her twin sons, then 14, who were accused of murder in connection with a robbery gone wrong. As the officers fanned out for the search, a detective named Roger Golubski stood with Williams in her living room. Her 12-year-old daughter was by her side. He introduced himself and looked her up and down, she later testified in a deposition. She was uncomfortable and asked if she could change into some clothes. No, Golubski told her. She moved to the couch and sat down, crossing her legs, “and he said, you got pretty legs,” she recalled. She was worried about her sons, and here was Golubski, commenting on her appearance. “I didn’t like that at all,” she testified. “I thought it was inappropriate.”

“He was the police. What was I going to say?”

Williams cried as the cops left, taking her sons to jail. “I was devastated,” she said.

A few days later, Golubski was back, knocking on her door. Though her sons would eventually be sent to prison, Golubski said he could help with their case, Williams remembered. “He said he knew the DA.” As they sat on the couch, he moved in close and put his hand on her leg; she swatted him away and stood up. Golubski then shoved her back down, she said, held her hands above her head and raped her. Before leaving, he told her, “I will see you later,” Williams recalled.

“I can’t believe he did that,” she testified. “He is supposed to be a police officer.”

Over the following months, Golubski returned again and again, including while on duty, to assault Williams. She was afraid to resist or report him. He said he could have somebody “do something to me and that they would never find me,” she recalled. “He was the police. What was I going to say; this policeman just raped me?”

More than two decades later, on September 15, Williams cried again after learning that Golubski had been arrested by the FBI at his home just west of Kansas City. He was charged with six counts of federal civil rights violations over the course of four years, including the aggravated sexual abuse and kidnapping of Williams and another woman, identified in court records as S.K., while “under color of law.” The charges, if proven, could net Golubski, now 69, up to life in prison. During arraignment in federal court in Topeka, Golubski pleaded not guilty.

The charges come after years of legal battles and mounting pressure from advocates, activists, and journalists — including from the Kansas City Star, where reporter Luke Nozicka has been leading the charge along with former columnist Melinda Henneberger, who won this year’s Pulitzer Prize for her coverage of Golubski’s alleged crimes. Accusations of egregious wrongdoing had followed Golubski throughout his 35-year career with the police department. But it was only after the 2017 exoneration of Lamonte McIntyre, who spent 23 years in prison for a double homicide he did not commit, that Golubski’s actions came under real public scrutiny.

In the Wake of Exoneration

In 1994, Doniel Quinn and Donald Ewing were shot multiple times at close range as they sat in a parked Cadillac on a residential street in Kansas City, a contract slaying connected to the theft of drugs from a stash house. There were plenty of leads that could have helped detectives solve the crime, including an eyewitness who said she knew the killer. The police never interviewed her.

Instead, they focused on 17-year-old McIntyre, who was with relatives that afternoon more than a mile from the crime scene. No evidence ever linked him to the crime, but McIntyre was tried and convicted based on two witness identifications that had been coerced by police. Instead of vetting the sloppy investigation, the prosecutor on the case threatened a witness who tried to recant, failed to tell the defense about the recantation, and then ushered the perjured testimony into evidence.

McIntyre maintained his innocence, and for years a team of lawyers, led by local attorney Cheryl Pilate and the Midwest Innocence Project, doggedly investigated the case. They ultimately determined that the murders had been committed by a foot soldier for a major drug dealer. In the process, they uncovered the reason McIntyre became a suspect in the first place: He was framed by Golubski.

Serious accusations of Golubski dealing drugs; framing suspects to protect drug dealers; and stalking, harassing, and raping Black women emerged during a federal civil suit the McIntyre family filed against Golubski; other members of the Kansas City, Kansas Police Department; and the county government after Lamonte’s release from prison. Among the women Golubski was accused of harassing was Rose McIntyre, Lamonte’s mother.

According to the lawsuit, Golubski assaulted Rose at a Kansas City police station back in the late 1980s. When she repeatedly rebuffed his subsequent advances, Golubski, aided by his colleagues, retaliated by framing her son for murder. “Rose repeatedly rejected Golubski’s advances, but his harassment did not stop. She was forced to move to a new home and change her phone number to avoid him,” lawsuit reads. “By moving, Rose thought that she had permanently escaped Golubski and prevented him from ever harming her or her family again. She was wrong. Several years later, Golubski orchestrated the wrongful conviction of her son Lamonte.”

It was through the McIntyre family’s suit that the accounts of Williams and S.K. also surfaced. Their depositions were taken as part of the case. S.K.’s allegations underpin three other criminal charges Golubski currently faces.

“If I wanted to save myself, meet with him and it won’t be on the record.”

S.K. was a 13-year-old middle school student in 1997 when she got a call from Golubski, she testified. He said he needed to talk to her about an incident he was investigating, to determine if she was a witness or suspect. But he didn’t want to meet her at the police station, she recalled — if they met there, he told her, their interaction would be recorded, and he would “most likely” have to arrest her. “So if I wanted to save myself, meet with him and it won’t be on the record, that way I won’t be in any trouble if something was to come out.”

She didn’t know what he was talking about or how he’d gotten her phone number. But she was scared; she agreed to meet him in a Walmart parking lot, where she got into the passenger seat of his car. He began asking her questions about her background, who she hung around with, who she cherished most. Her grandmother, she told him. Then he asked her about sexual abuse she’d suffered in foster care. He placed his hand on her leg, as if to console her, she recalled. He told her he was there to protect her. Then he sexually assaulted her — the first of numerous instances of abuse that would span nearly four years. He intimated that he knew who her grandmother was, describing the uniform she’d worn to work that morning. Over the years, he repeatedly warned S.K. that if she ever told anyone about the abuse, something bad would happen.

The allegations against Golubski reveal a dark and disturbing pattern of abuse. The total number of victims is unclear; the Star has reported that there may be more than 70. At least six Black women who were murdered between 1996 and 2004 had a connection to Golubski. Five of those murders remain unsolved.

“Five had been blackmailed, bribed or otherwise coerced into sexual relationships with him, according to their friends and relatives. The sixth had only been seen around with him,” Henneberger wrote for the Star. In some of the cases, Golubski was the detective assigned to investigate. “Think about that: Wouldn’t any other man who’d been having sex with a series of murder victims be a suspect in their killings? Or at a minimum, someone the cops would want to talk to? That he was also the investigator in some of these cases is wrong on its face.”

Despite the mounting allegations against Golubski — some of which date back to the 1980s — it wasn’t until 2019 that the Kansas Bureau of Investigation began to look into the claims. The office found no violations of state law within the statute of limitations but passed the case to the FBI. In October 2021, news broke that federal prosecutors in Kansas had tapped a grand jury to investigate, and the KCKPD said it had been responding to FBI subpoenas since 2019.

“Wouldn’t any other man who’d been having sex with a series of murder victims be a suspect in their killings?”

Meanwhile, when asked about the sweeping allegations against him during a deposition in the McIntyre case, Golubski invoked his Fifth Amendment right against self-incrimination 555 times. In June, the Wyandotte County government agreed to settle McIntyre’s case for $12.5 million.

For its part, the KCKPD said this week that it would “continue to cooperate and offer any assistance needed by the FBI as this case moves forward.” Former KCKPD Chief Terry Zeigler told the Star that Golubski’s arrest was “hard to believe and leaves me more questions than answers.” Zeigler was once Golubski’s partner, and according to Williams, was outside in a car on at least one occasion when Golubski came to her home to assault her.

In a statement, the Midwest Innocence Project commended the Department of Justice and the FBI “for their work to begin the process of accountability.” But the organization noted that the sprawling allegations, spanning decades, required more: “A full investigation into the abuses in Wyandotte County and systemic reforms are needed to ensure that no other police officers and public officials can continue to abuse their power.”