In Secretive Court Hearing, NYPD Cops Who Raped Brooklyn Teen in Custody Get No Jail Time

Two NYPD cops coerced Anna Chambers into sex in exchange for her freedom. A judge just gave them no jail time. 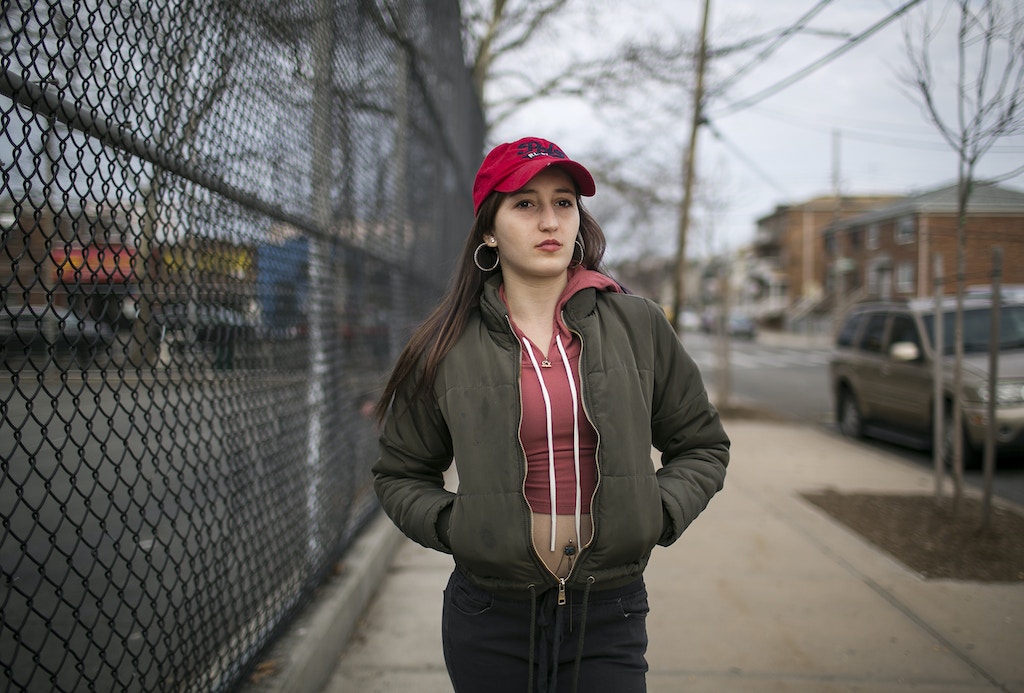 The young woman who goes by Anna Chambers on social media had just a few short words for the public on Thursday evening. “Fuck the criminal justice system,” she tweeted. Earlier that day, through a call from her lawyer, Chambers learned that the two former New York Police Department officers who had raped her while on duty would serve no jail time.

Eddie Martins and Richard Hall, the cops who resigned after the incident involving the then-18-year-old Chambers, were sentenced to five years of probation after they pleaded guilty to 11 charges, including bribery and misconduct. Both men admitted to having sex with the teenage girl while she was held in their custody in 2017, an act that, thanks to Chambers’s case, now constitutes rape under the law (and always constituted rape under any moral reading of the word).

“They admitted on the record to having sex with her in their van. No jail time is just outrageous. Anna is hysterical.”

The pleas and the light sentences — handed down in a secretive court hearing — come at the same moment that NYPD officers and their belligerent union are protesting the long-overdue firing of Daniel Pantaleo, the cop who choked Eric Garner to death. Together with the closure of the criminal case surrounding Chambers’s ordeal, it could not be more clear the extent to which police impunity continues to rein.

“It’s completely outrageous,” Chambers’s attorney, Michael David, told me on the phone Thursday night. “They admitted on the record to having sex with her in their van. No jail time is just outrageous. Anna is hysterical.”

Chambers’s case should have been clear-cut from the moment in September 2017 that a hospital rape kit found semen matching Martins’s and Hall’s DNA inside the teenager’s body. The young woman had been detained, handcuffed, and taken into the officers’ unmarked van, having been found in possession of a small amount of drugs. Chambers performed oral sex on both officers and had vaginal sex with Martins. Then the cops left her on a corner.

At the time, state law did not assert the most obvious of facts: that a person in police custody cannot consent to sex. The egregious legal loophole has since been closed, but it was too late to benefit Chambers — or to stop Martins and Hall from getting away with rape. All rape charges against the officers were dropped in March as prosecutors questioned Chambers’s credibility — an issue that should have had no bearing in a case with such clear-cut facts.

Chambers’s attorney told me that he and his client had not been made aware in advance of Thursday’s hearing, having expected the officers’ next court date to be on September 9. Indeed, Chambers tweeted 10 days ago, “I’ll be in court Sept 9th!” David, the attorney, said, “They did it secretly, it wasn’t even on the court calendar.” David only learned about the officers’ plea deals when he was called by a New York Post court reporter, who in turn had been tipped off by a court clerk. The secretive hearing was the latest insult poured upon Chambers’s injurious criminal justice ordeal.

“For the record, your honor, we do oppose a non-jail sentence,” Brooklyn Assistant District Attorney Frank DeGaetano stated during Thursday’s brief hearing, according to the court transcript. The district attorney’s office recommended one to three years in jail on a plea, for charges that could carry a seven-year sentence.

The judge laid culpability at Chambers’s feet for her role in the so-called bribery — that is, her rape at the hands of armed, uniformed police officers.

In response, the judge accounted for his leniency in an abrupt monologue, peppered with victim-blaming. “The credibility of the victim, or the complainant,” said Chun, in a notable replacement of words, “was seriously, seriously questionable, at best.” Chun, proceeding to refer to the victim only as “the complainant,” added that “there are criminal activities on both sides.” He thereby laid culpability at Chambers’s feet for her role in the so-called bribery — that is, her rape at the hands of armed, uniformed police officers.

This was not Chun’s first high-profile turn at enforcing NYPD impunity. In 2016, in a rare instance of a criminal conviction for a killer cop, former Officer Peter Liang was found guilty by a jury for the manslaughter of an unarmed black man, Akai Gurley. Liang had his gun drawn, finger on trigger, while carrying out a vertical patrol in a darkened stairwell in Brooklyn’s Pink Houses. The cop heard a noise and fired, his bullet ricocheted off a wall and struck Gurley in the heart. Neither Liang nor his partner carried out CPR. Chun deemed a sentence of five-years’ probation as appropriate in that instance too.

Chambers’s attorney told me that he will be writing again to the U.S. Attorney’s Office, seeking to pursue a federal civil rights violation against Hall and Martins. His first letter, sent earlier this year, was not answered, and he is pessimistic about the possibility of justice on a federal level. “With this president? They won’t go after police,” said David. “When it comes to police sexual misconduct, there is no ‘Me Too.’”

Correction: August 30, 2019, 1:07 p.m.
Due to an editing error, an earlier version of the story said the two officers involved in Anna Chambers’s ordeal were fired after the incident. The story has been updated to reflect that they resigned. The story has also been updated to reflect that the charges the officers pleaded to could carry seven-year, not 11-year, sentences.