Glossip faces a December execution date as Oklahoma lawmakers call attention to new evidence of prosecutorial misconduct in his case. 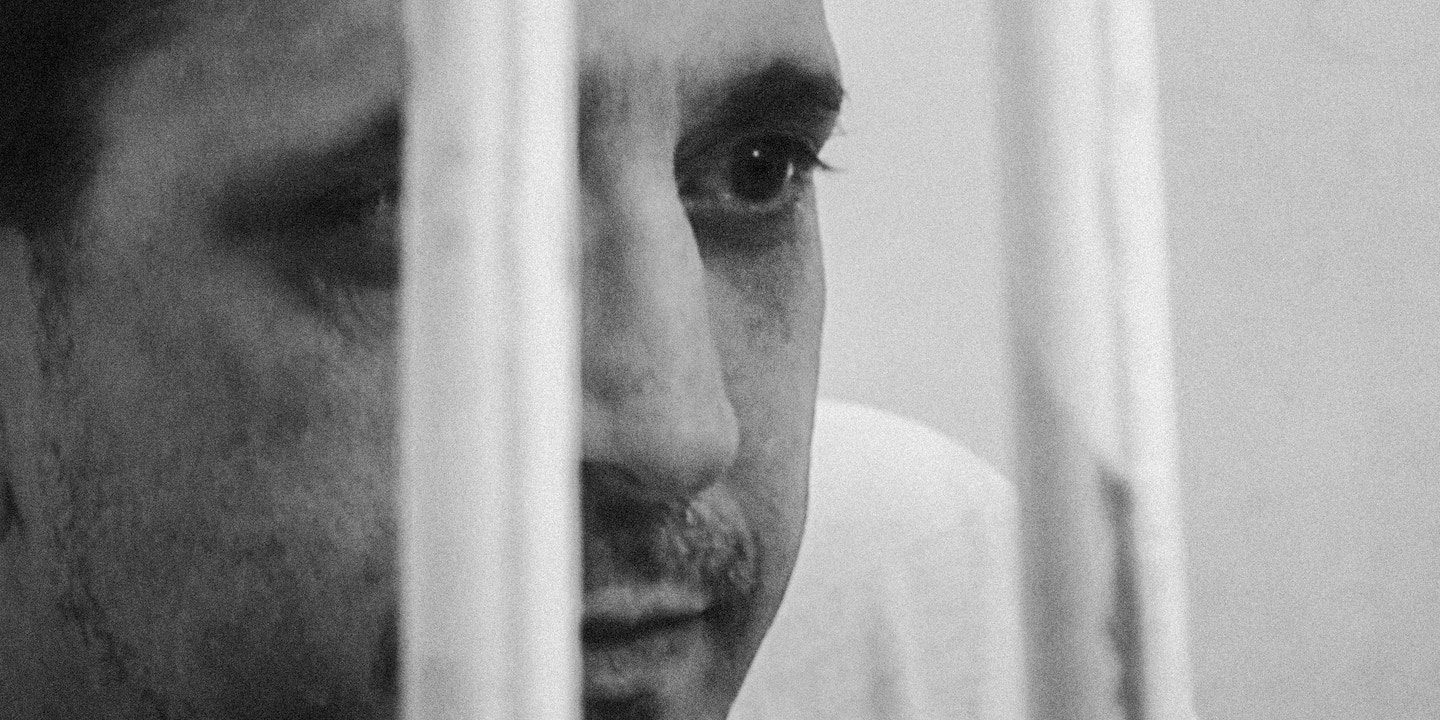 On the day Don Knight was supposed to witness his client’s execution at the Oklahoma State Penitentiary in McAlester, he instead stood in the press room at the state Capitol in Oklahoma City. “Today is the day that Richard Glossip was set to be killed by the state of Oklahoma,” he reminded reporters on Thursday afternoon. “An innocent man was set to be killed for the fourth time.”

Glossip’s life had been spared by Gov. Kevin Stitt, who paused the September 22 execution date amid explosive new evidence in the case. The stay of execution followed a petition filed by Knight to the Oklahoma Court of Criminal Appeals, asking for a hearing to consider new evidence that cast further doubt on Glossip’s guilt. With a new execution date set for December 8, even more disturbing revelations had come to light: including evidence of prosecutorial misconduct so alarming that state Rep. Justin Humphrey called for an investigation into the Oklahoma County District Attorney’s Office.

“I was very reluctant, as a law enforcement officer, to look at this case,” Humphrey said at the press conference. But the investigative failures in Glossip’s case shook him to the core. Today Humphrey is convinced that not only should Glossip never have been sentenced to die, he also never should have been sent to prison. “Now I’m at the point we’re investigating the wrong people,” he said, calling the government’s conduct in Glossip’s case “extremely unethical.”

Humphrey is one of more than 60 state lawmakers who have raised alarm over Glossip’s case. The press conference came on the heels of a third report in as many months by the law firm Reed Smith LLP, which is conducting an independent investigation into the case at the lawmakers’ behest. Like the previous reports, the newest revelations expose how Oklahoma City prosecutors twice convicted Glossip despite clear indications that he was an innocent man.

Glossip was sentenced to death for the 1997 murder of Barry Van Treese at the Best Budget Inn, a rundown motel owned by Van Treese. No physical evidence connected Glossip to the crime. Instead, the case against Glossip was almost entirely based on the testimony of Justin Sneed, then 19, who admitted to bludgeoning Van Treese to death with a baseball bat inside Room 102. Sneed implicated Glossip as the mastermind behind the crime, but only after a highly coercive interrogation by Oklahoma City police detectives who repeatedly emphasized their belief that Glossip was involved.

From the beginning, Sneed offered wildly shifting accounts — starting with his confession to police and continuing through each of Glossip’s trials, where he was the star witness for the prosecution. In recent years, Sneed has continued to contradict himself, while a slew of new witnesses have come forward to say that he’d boasted about falsely implicating Glossip in order to save his own skin.

After failing to convince Stitt or the Oklahoma attorney general to investigate Glossip’s case, the Oklahoma lawmakers turned to Reed Smith in February 2022, and the firm took on the work pro bono. Thirty attorneys, three investigators, and two paralegals have reviewed over 12,000 documents and interviewed more than 36 witnesses. The firm’s first report was released in June. Since then they have released two additional reports, the most recent on September 20. In all, the reports contain bombshell revelations that paint the clearest picture to date of Glossip’s wrongful conviction.

Among the most compelling pieces of new evidence are handwritten letters from Sneed that reveal how close he came to taking back his story about Glossip. In 2003, a year before Glossip’s retrial, Sneed wrote to his public defender, asking, “Do I have the choice of re-canting my testimony at any time during my life, or anything like that.” In 2007, he sent the lawyer another letter: “There are a lot of things right now that are eating at me,” he wrote. Things he needed “to clean up.” Although he didn’t specifically mention recanting, he suggested that he’d made a “mistake.” The lawyer, Gina Walker, who has since died, discouraged him from coming forward.

The most recent report digs deeper into Sneed’s conflicting statements, his efforts to recant, and prosecutors’ efforts to keep him in line. Investigators with Reed Smith interviewed Sneed in prison three times over the last month, for a total of more than eight hours. Portions of the interviews contained in the report show that Sneed’s account remains a mess of shifting narratives — save for his parroting of the key element of the prosecution’s theory of the case: that he was an impressionable young man lured into a murder plot. “It is disconcerting that the only details he appears to state consistently are that he killed Barry Van Treese, and that Glossip is to blame for it,” the report says.

The letters from Sneed to his attorney are not the first indication that Sneed sought to take back his story. In October 2014, O’Ryan Justine Sneed — Justin Sneed’s grown daughter — sent a letter to the Oklahoma Pardon and Parole Board saying that she “strongly believe[s]” that Richard Glossip is an innocent man. “For a couple of years now, my father has been talking to me about recanting his original testimony,” she wrote. “I feel his conscious [sic] is getting to him.”

In his interviews with Reed Smith, Sneed confirmed for the first time that he had spoken to his daughter about a desire to break his plea deal and to recant. But he also insisted that by “recant,” he didn’t mean he necessarily wanted to change his story. During an interview on August 26, Sneed told Reed Smith that “it was more about silencing my testimony in the way of me not having to be there,” he said, and “taking back the plea agreement.”

In all, Sneed has spent 11 years discussing recanting “with various individuals that he trusts,” Reed Smith noted. “When these admitted statements from Sneed made to his family in 2014 are combined with the recently obtained letters written by Sneed from 2003 and 2007, all discussing ‘recanting’ or needing to ‘clean things up’ it is deeply troubling.” Perhaps one of the most stunning new revelations is that the prosecutors who retried Glossip in 2004 were aware that Sneed had considered recanting — and took extraordinary steps to keep that from happening. “In his August 25, 2022 interview, Sneed confirmed that he met with representatives of the District Attorney’s Office along with his attorney, Gina Walker, before Glossip’s retrial where his plea agreement and his not wanting to testify were discussed,” the report says.

Notes found in the prosecutors’ file document a series of meetings with Assistant District Attorney Connie Smothermon, Sneed, and Walker regarding Sneed’s reluctance to testify — information that, by law, should have been turned over to the defense. Smothermon’s trial partner Gary Ackley told Reed Smith he didn’t know anything about this, and that it was cause for concern. “Any prosecutor would be concerned about any cooperating witness in any big case regarding the uncertainty of the waffling back and forth and the disingenuous bad faith nature of such actions,” Ackley said.

Not only was this information never disclosed to the defense, Smothermon also apparently worked with Sneed’s attorney as Glossip’s second trial was underway to keep Sneed in line. In a May 2004 memo to Walker, Smothermon laid out six detailed questions for Sneed based on the testimony already delivered by other witnesses at the retrial. The apparent goal was to try to square Sneed’s testimony with what others had said: a maneuver that would violate rules designed to insulate witness testimony from being contaminated by outside information or from the testimony of another witness.

The most egregious example involves testimony from Dr. Chai Choi, the medical examiner who conducted Van Treese’s autopsy. At the retrial, Choi testified that Van Treese had puncture wounds, “a stabbing-type injury,” to his chest. Although there was a knife found at the scene, Sneed had previously said that he did not use the knife — an inconsistency that Smothermon sought to fix before Sneed took the stand.

“Our biggest problem is still the knife,” Smothermon wrote in the memo to Walker. “Justin tells the police that the knife fell out of his pocket and that he didn’t stab the victim with it.” But when Sneed took the stand at the retrial, he testified for the first time that he had in fact stabbed Van Treese. “This reversal of his statement given to police does not appear to be a coincidence,” Reed Smith wrote. “Rather, it appears to be manufactured in response to ADA [Smothermon’s] communication during trial to Sneed’s attorney explicitly about what had been testified to by other witnesses about the knife.”

Ackley told Reed Smith that the change in Sneed’s testimony was “night and day,” and that if it was prompted by Smothermon’s memo, it would be a problem.

At the press conference, Knight, Glossip’s attorney, again emphasized the need for an evidentiary hearing. “It becomes ever more apparent with each passing day that not only did the prosecution destroy evidence, they manufactured evidence. They changed people’s testimony. They broke the rules. All to try to get a conviction against Rich Glossip on a death penalty case that should never have been brought at all,” he said. “The thing that I think everybody needs to take away from this: Rich Glossip is a nobody. He’s not some powerful person. He’s just like all the rest of us. This is what the government can do when they’re allowed to run amok.”