Leading House Democrats drafted an article of impeachment that afternoon, a new book details, but were rebuffed by the House speaker. 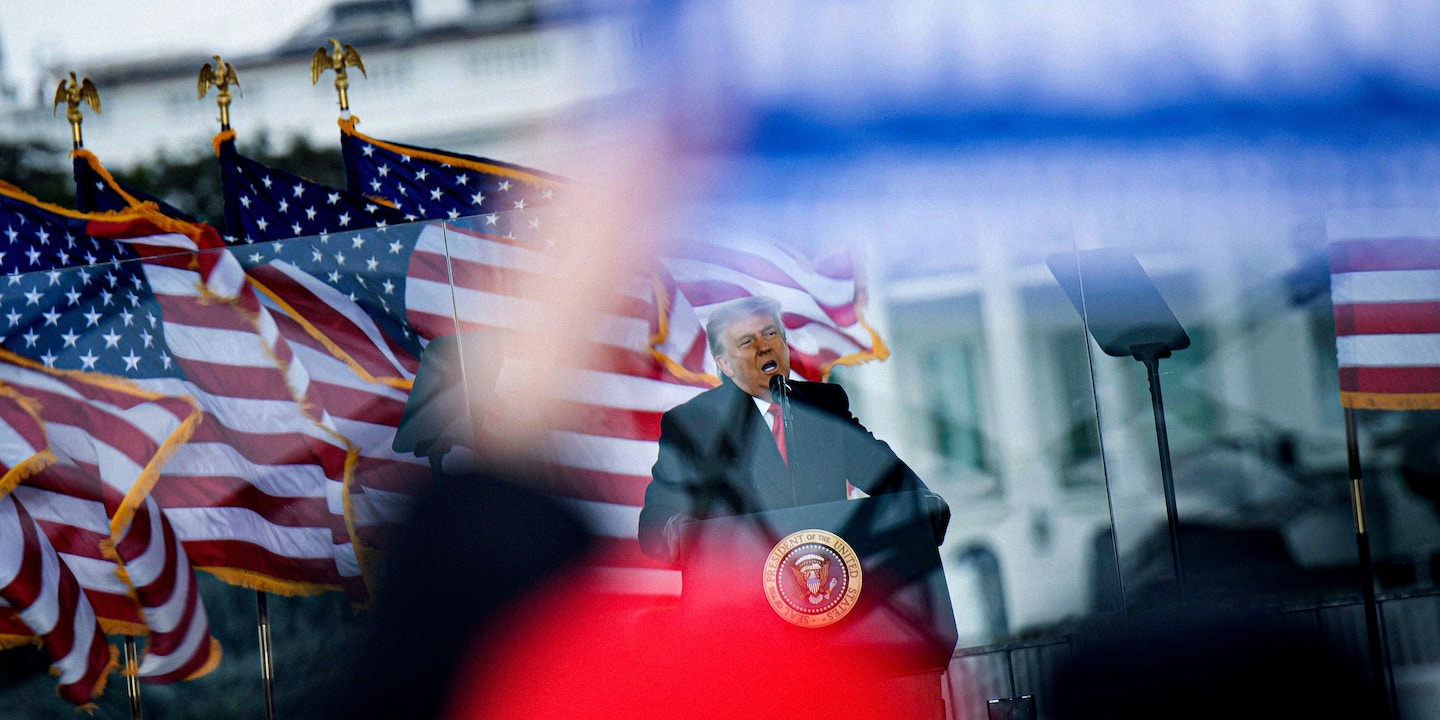 History often unfolds through the collision of structural forces that operate independently of any specific decision or decision maker. But once in a while, a real moment of contingency arises in which a single person, choosing between several genuinely viable options within their reach, can set history on a different course.

One such moment arose on the night of January 6, 2021. According to the new book “Unchecked: The Untold Story Behind Congress’s Botched Impeachments of Donald Trump,” leading Democrats pushed hard to impeach then-President Donald Trump the day of the insurrection. But they were beaten back by a reluctant House Speaker Nancy Pelosi, D-Calif., who instead decided to gavel the chamber out of session once it had finished the business at hand — certifying the election — in the early hours of January 7.

As Politico’s Rachael Bade and the Washington Post’s Karoun Demirjian document through reviews of text-message chains and extensive interviews with lawmakers directly involved, Republican tempers were running so hot against Trump that forcing them to choose sides in the Senate that week could easily have resulted in his impeachment, conviction, and disqualification from any future run for the White House.

In one anecdote in the book, while senators hid in a conference room from protesters at the Capitol, Sen. Lindsey Graham, R-S.C., looked over and saw the Senate sergeant-at-arms in the safe room with them. Graham yelled at him, “What the hell are you doing here? Go take back the Senate! You’ve got guns…USE THEM!”

Graham then called White House attorney Pat Cipollone and warned that Republicans would remove Trump from office using the 25th Amendment if he didn’t call off the mob.

High-ranking Democrats wanted to act quickly on the opportunity. The first member of Congress to begin drafting an article of impeachment was Rep. David Cicilline, D-R.I., who scribbled it on scratch paper while locked down in the Rayburn House Office Building, according to the book, which comes out October 18.

Rep. Ted Lieu, D-Calif. — who had been forced to evacuate because of his office’s proximity to pipe bombs that had been discovered — joined Cicilline in Rayburn, and the two worked on the impeachment article together. They lobbied other members of the House Judiciary Committee, with Lieu texting them that they “should start drafting articles of impeachment now, regardless of what leadership says.”

Cicilline reached out to Democratic Reps. Jamie Raskin of Maryland and Joe Neguse of Colorado. Raskin recommended going for the 25th Amendment and if that didn’t work, impeachment. Cicilline and Lieu worked on a 25th Amendment letter to Vice President Mike Pence but kept pushing on impeachment.

They then reached out to Judiciary Committee counsel Aaron Hiller for help fine-tuning the impeachment draft. Hiller called his boss, Jerry Nadler chief of staff Amy Rutkin, and told her, “I’m about to do something that’s completely unauthorized by leadership. Should I tell you, or not?”

“Go find 200 co-sponsors right now to get it done,” Hiller told Cicilline. “Don’t wait for a blessing from leadership.”

Rep. Ilhan Omar, D-Minn., had also been working on an impeachment article. Because she gets so many death threats, she’s one of the few members not in leadership with her own security, and so she was huddled with both Republican and Democratic leadership at Fort McNair during the riot. The aide she brought with her drafted an impeachment article that afternoon, and Omar publicly called for the House to vote on it.

That evening, once the Capitol had been cleared and the House returned to finish its business, Cicilline found Rep. Steny Hoyer on the floor, the book reports. Hoyer, as majority leader, controls the floor schedule. Cicilline handed Hoyer the impeachment resolution and implored him to allow a vote right then and there. He hemmed, hawed, and passed the request on to Pelosi.

Pelosi’s staff first tried to tell Cicilline that there were technical reasons it couldn’t be done, arguing that the House was in joint session and therefore, can’t impeach. But of course, they could adjourn the joint session after certifying the election and gavel in a new session. Instead, Pelosi decided to gavel the chamber closed, and everybody went home.

The group kept pushing over the next week, and Pelosi deputized Rep. Adam Schiff, D-Calif., to argue against them. By the end of the week, he had come out publicly in support of it, but on a critical call the next day — a Saturday — with Nadler and others pushing impeachment, Schiff again made the case, at Pelosi’s behest, against it. Eventually, pressure to impeach became too great, and the House impeached Trump on January 13, but not before Republicans had closed ranks and the window to convict had closed.