Video of Rep. Katie Porter calling out right-wing activists for falsely accusing LGBTQ+ Americans of being pedophiles was misleadingly edited to accuse her of condoning pedophilia. 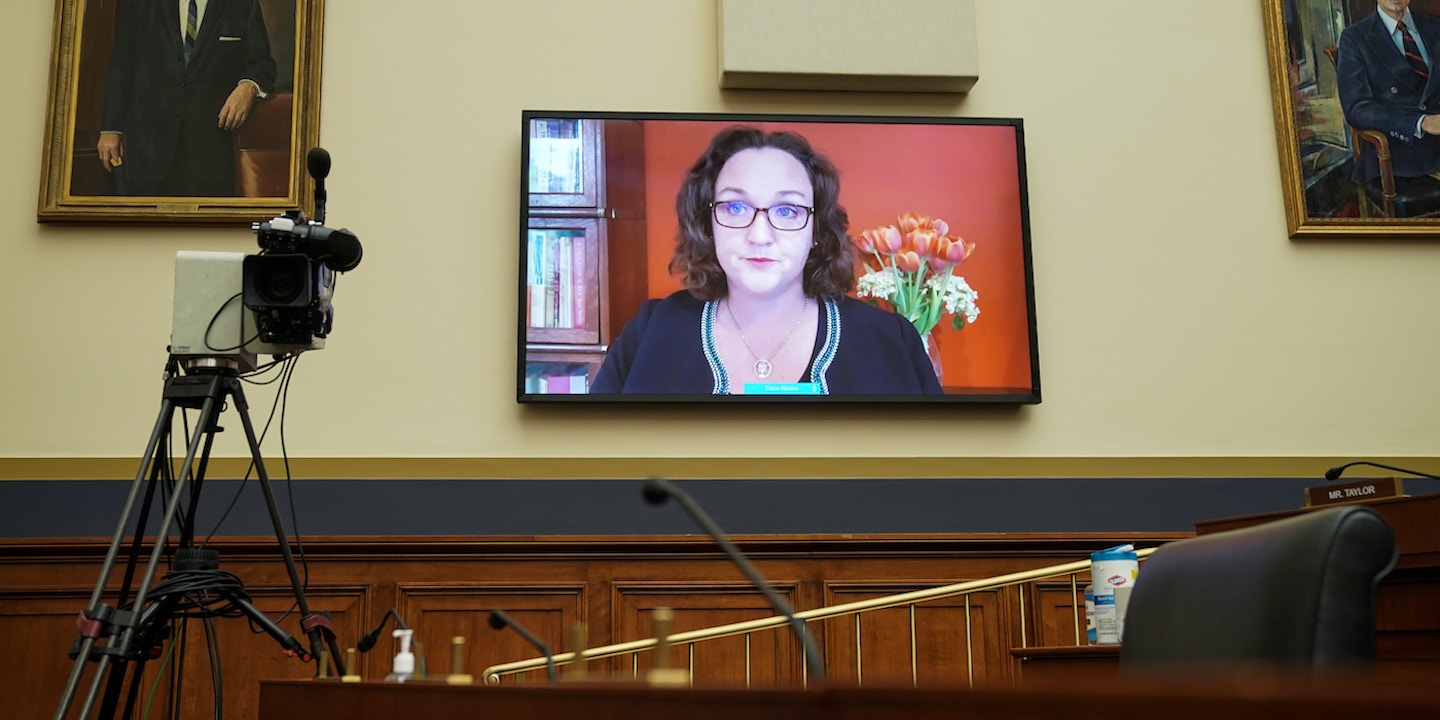 Lies about Rep. Katie Porter reached millions of Twitter users this week, as the California Democrat’s remarks about how the platform has been used to falsely label LGBTQ+ people as pedophiles were misleadingly edited and captioned in tweets by influential right-wing activists.

The deceptive clips of Porter’s remarks, accompanied by false claims that she had condoned pedophilia, were viewed more than 2.2 million times on Twitter after being shared by right-wing activist accounts, including Chaya Raichik’s Libs of TikTok and Jaimee Michell’s Gays Against Groomers.

Those video clips were created by Porter’s political enemies, who made it seem as if Porter, at a Congressional oversight hearing on Wednesday, had argued that pedophilia was not a crime but an identity.

Transcripts and video of Porter’s complete remarks make it clear that she was saying something entirely different — namely, that right-wing activists have inspired hatred of LGBTQ+ Americans in tweets falsely accusing them of being pedophiles, or so-called groomers.

A spokesperson for Porter also told the fact-checking service VERIFY, which works with local news stations in 29 states, that the representative “did not say that pedophilia is not a crime.”

In an irony that perfectly encapsulates the impossibility of reasoned discourse with far-right activists willing to lie, the video used to smear Porter was taken from her discussion of a report documenting how activist accounts like Libs of TikTok and Gays Against Groomers use Twitter to falsely accuse LGBTQ+ liberals of pedophilia. The report was produced by the LGBTQ+ civil rights organization Human Rights Campaign.

At the hearing, Porter prefaced a question for Kelley Robinson, the HRC president, by saying: “Your organization recently released a report analyzing the 500 most viewed, most influential tweets that identified LGBTQ+ people as so-called groomers. The ‘groomer’ narrative is an age-old lie to position LGBTQ+ people as a threat to kids. And what it does is deny them access to public spaces, it stokes fear, and can even stoke violence.”

After Robinson explained that those slurs are used in violation of Twitter’s poorly enforced community guidelines, she added that when people baselessly use words like “groomers” and “pedophiles” to describe LGBTQ+ people, “it is dangerous, and it’s got one purpose: It is to dehumanize us, and make us feel like we are not a part of this American society, and it has real-life consequences.”

Porter responded by saying that she agreed with Robinson that the use of such terms to smear members of LGBTQ+ communities whose politics differ from the far-right activists was intended to marginalize them.

“I think you’re absolutely right,” Porter said. “And it’s not, you know, this allegation of ‘groomer’ and of ‘pedophile,’ it is alleging that a person is criminal somehow, and engaged in criminal acts, merely because of their identity, their sexual orientation, their gender identity. So this is clearly prohibited, under Twitter’s content, yet you found hundreds of these posts on the platform.”

In addition to Raichik and Michell, whose anti-LGBTQ+ activism has previously been amplified by America’s most-watched cable news host, Tucker Carlson, misleading clips of Porter were also shared by Greg Price, a former Republican operative and Daily Caller social media editor; Sebastian Gorka, who was fired by the Trump White House; and Ian Miles Cheong, a far-right Malaysian blogger Elon Musk frequently replies to and agrees with on Twitter.

While the tweets from Cheong and Raichik — who falsely asserted that “Rep Katie Porter (D) says pedophilia isn’t a crime- it’s an identity” — were eventually flagged as misleading by Twitter users, the 1.5 million people who follow Michell, Price, or Gorka encountered no such warning.

Although he did not share the video, Rep. Ronny Jackson, a Texas Republican, also lied about what Porter said on Twitter. “Katie Porter just said that pedophilia isn’t a crime, she said it’s an ‘identity,'” Jackson claimed, falsely. “The sad thing is that this woman isn’t the only VILE person pushing for pedophilia normalization. This is what progressives believe!”

While the HRC report Porter highlighted showed that right-wing activists had violated Twitter’s hateful conduct policy repeatedly before Musk bought the platform, the previous ownership team did make some attempt to rein in Raichik, who was temporarily suspended several times.

Since Musk took control, however, “retweets of right-wing figures’ tweets that included the anti-LGBTQ ‘groomer’ slur increased substantially, as did mentions of right-wing figures in tweets containing the slur,” according to new data from LGBTQ+ advocacy group GLAAD and Media Matters, a watchdog group that monitors right-wing misinformation.

Michell’s Gays AgainstGroomers account, the study found, “saw an increase of nearly 300% for retweets of tweets with the slur,” comparing the two months before and after Musk took control of the platform. Raichik’s Libs of TikTok “saw more than a 600% increase in its mentions,” over the same period for tweets using “groomer” slurs.