In the aftermath of the congressional contract fight, two major railroads are pursuing a merger, and a third is retaliating against a worker for organizing. Fresh off a victory against workers demanding sick days as part of recent contract negotiations, two major railroads are pursuing a merger and a third, owned by billionaire Warren Buffett, is retaliating against one railroader who helped lead the push for better working conditions.

On Wednesday, a coalition of 10 organizations sent a letter to the Surface Transportation Board urging it to reject the merger of Canadian Pacific and Kansas City Southern on a number of different grounds, warning that further consolidation would lead to diminished service, higher prices, and more trucks on the road, despite rosy promises from the carriers to the contrary. Concentrated and brittle supply chains, they argue, have already helped drive inflation amid the pandemic.

In North Dakota, BNSF railroader Deven Mantz, who played a public role in the fight for sick days in Congress, has suddenly found himself the subject of a Kafka-esque investigation by Buffett’s railroad company, which is accusing him of stealing time from the company. The railroad would be forced into arbitration if it fires him, Mantz said, and would likely lose, owing him years of back pay for wrongful termination. But it would be a small price to pay to get a motivated advocate for the union out of the workforce.

In the summer of 2021, the Biden administration laid out a comprehensive competition policy aimed at breaking up concentrated corporate power and reversing the wave of consolidation across industries.

The merger’s coalition of opponents, which includes Open Markets Institute and Public Citizen, argue that monopolization has not led to more efficiency. Rather, railroads have abused their market power by refusing to carry low-margin loads from small businesses and otherwise cutting their capacity. That leaves them no flexibility in the event of even a minor shock to the system, they wrote:

In July 2021 for example, the Union Pacific suspended all container freight service between West Coast ports and its Global IV terminal in Chicago, a hub clogged with stacked containers that the rail operator lacked the capacity to sort and redirect. The embargo immediately meant that still more boxes coming from Asia, with everything from auto parts to transistors, piled up on docks as West Coast ports waited for canceled trains. The cause of this inflationary chokepoint: Union Pacific had previously closed a major handling facility in Chicago, known as Global III, that is desperately needed to keep the supply chain moving. At a time of soaring food prices, UP’s continuing service failures have jeopardized shipments of corn that thousands of dairy cattle and millions of chickens depend on, while also driving up the cost of automobiles through disruption of supply chains or diversion to more expensive trucks. As in other concentrated industries, monopoly leads to the hollowing out of capacity and to the spread of price gouging and inflation.

Deven Mantz became active in his Brotherhood of Maintenance of Way Employes union around seven years ago, and helped form a workers caucus called BMWED Rank and File United. In mid-November, he was in Washington with other railworkers, meeting with members of Congress, asking them for help in the upcoming contract fight that was expected to come to Capitol Hill. He did an interview with the leftist podcast Chapo Trap House and was featured in an Intercept article on the railway battle. Back in North Dakota, he soon found himself under investigation. 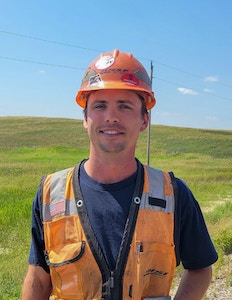 Mantz said the allegation is “time theft,” when a worker is accused of claiming to have worked an amount of time that is greater than what he actually performed. But, Mantz, said, there’s an easy explanation. Workers in his shop are told to enter the time they’ll be working in the beginning of their shift. Occasionally, they work shorter or longer hours than forecast, and there are multiple ways to correct the record. On November 30, Mantz entered a workday of 7:30 a.m. to 3:30 p.m., but he and two others, with their work finished, decided to leave at 12:35. That afternoon, he was promoted to track inspector and no longer had access to the internal system he would need to tweak his hours. On Friday, December 2, he emailed his timekeeper, as he’d done before, to correct the record and have just under three hours docked from his paycheck. She confirmed receipt of the email and said she would make the adjustment.

But that was not that. On Monday, December 5, he was notified he was under investigation for “alleged falsification of payroll,” and instructed to appear at a hearing December 15 that has since been moved to January 5.

Over the same time period, Congress was voting on additional sick days that Mantz had worked to push. During the sick-day fight, Mantz had worked directly with the offices Reps. Jamaal Bowman, D-N.Y., and Cori Bush, D-Mo., in developing the strategy to push back after Biden forced a contract on workers.

Mantz said his union representative has been supportive, but if BNSF’s aim is to oust union shop steward who’s been a thorn in their side, it won’t matter who’s right. “Railroads have been known for a long time to do different sorts of retaliation,” said Mantz, speaking from his home in North Dakota on Wednesday, where the wind chill hit minus 30 degrees. “BNSF knows that it’s all BS and that if it goes to arbitration — which it will — if I do get fired or if I get that probation, then it’ll be dropped. The arbitrator is going to agree with us, but that’s two years away, so I might be out of a job here for the next two years.”

As the head of his local, Mantz said that he makes sure the company abides by the contract it has struck with workers, and if it doesn’t, he files grievances for remedies. Those remedies can cost the company thousands of dollars, while also demonstrating to workers the value of collective action. The potential cost of paying Mantz not to come to work if he wins a legal fight is less than it costs them to have him there, he argued. “It’s really cheap for them to do,” he said of the alleged retaliation. “I know I’m a pain in their butt, I know that. If the arbitrator comes back in two years, and they have to pay me back all my lost wages for the last two years or three years or however long it takes, it’s still cheaper than what it is for me to be out there.”

It would not be shocking if @BNSFRailway, which has fought tooth and nail against basic paid sick leave for its workers, tried to retaliate against a dedicated organizer like Deven. But it would be outrageous and unacceptable. We will be monitoring this situation closely. https://t.co/tYyCbj7w95

BNSF did not respond to a request for comment. “An injury to one is an injury to all,” said Ross Grooters, co-chair of Railroad Workers United, a cross-union caucus of railroad workers. “Stay tuned as my good friend and fellow railroad worker is under attack by the billion dollar company he works for.”

The Surface Transportation Board is made up of five members — three Democrats and two Republicans — who now control the fate of the proposed Canadian Pacific and Kansas City Southern merger.

“At a time when we desperately need to be diverting more freight and passenger traffic to railroads in order to reduce carbon emissions and alleviate truck and auto congestion, we are threatened by modern-day Wall Street robber barons who abuse the market power of today’s consolidated railroads to boost short-term profits through downsizing and degraded services,” the coalition letter reads. “President Biden’s 2021 executive order on promoting competition explicitly called on your Board to initiate rulemaking that would protect against anti-competitive practices by railroads. The Board should heed this directive in evaluating this anti-competitive merger. Far from approving more consolidation based on wishful-sounding and unlikely benefits, the board should focus on requiring existing railroads to live up to their obligations to the public as common carriers, including by insisting on non-discriminatory freight service to smaller shippers and communities as well as open access to Amtrak and other passenger rail providers.”

Railroad concentration has allowed the companies to implement a strategy they inaccurately called “precision scheduled railroading,” which is a euphemism for slashing costs and personnel. In a letter to the board in June, Rep. Katie Porter, D-Calif., argued that in a competitive environment, cutting costs could be a way for a company to become more efficient by investing resources in the most productive way possible. But if a railroad faces no competition, the costs that get cut simply go toward profits, while the quality and efficiency of the service is reduced. Customers have no choice but to accept it.

“In an uncompetitive market, railroads can cut costs by eliminating jobs and capacity, suffering few consequences — the ‘do less with less’ approach,” Porter wrote in her letter opposing the merger. “PSR has led to increases in train length, maintenance delays, and safety concerns, contributing both to record railroad profits and today’s supply chain crisis.”

She noted that STB Chair Martin Oberman in a speech last year had estimated that U.S. railroads have “paid out $196 billion in stock buybacks or dividends to shareholders since 2010.” That’s significantly more than they spent on upgrading capacity or on new equipment, she noted.

As The Lever reported, another railroad, Norfolk Southern, touted its dividends on an investor call days after the negotiations ended. Granting workers sick days, the Lever reported, would cost them just four days of profit.

Slides from the presentation ? pic.twitter.com/9sCbV9d8Ld