The Pentagon’s watchdog agency today released the results of an investigation into a former high-ranking military official, Douglas Glenn, confirming that Glenn engaged in a pattern of racially and sexually insensitive workplace behavior — including casually using the N-word in the office.

The investigation by the Department of Defense Office of Inspector General, prompted by a complaint from an anonymous Defense Department employee, found that Glenn made sexual and racially offensive comments to co-workers, raised his voice, and provided alcohol to subordinates on at least two occasions without authorization, in direct violation of Pentagon policy.

An investigation substantiating allegations against such a high-ranking official is unusual and follows promises from Defense Secretary Lloyd Austin to root out racism and rampant sexual misconduct in the armed forces. 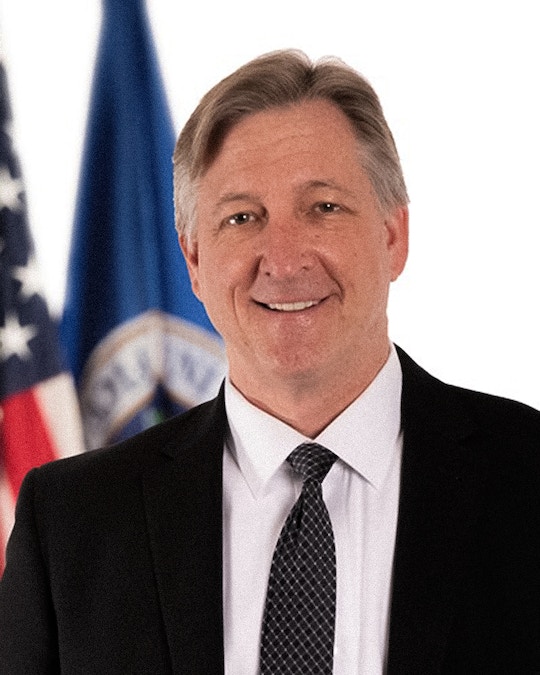 Doug Glenn is Chief Financial Officer (CFO) at the Office of Personnel Management.

Glenn, who now serves as chief financial officer at the Office of Personnel Management, was promoted to the role of deputy CFO at the Defense Department in December 2020, before leaving in November 2021. The inspector general report will be forwarded to the director of OPM for “appropriate action.”

Glenn did not immediately respond to The Intercept’s request for comment. In the report, Glenn repeatedly denied intentionally creating a hostile work environment, though simultaneously confirming many of the allegations leveled against him.

Throughout 2021, Glenn engaged in “an overall course of conduct that failed to treat subordinates with dignity and respect and created an offensive work environment for his subordinates,” according to the report. According to the full report, “Three subordinates told [the Office of Inspector General] that his comments were insulting, disrespectful, and implied that ‘DoD employees sucked.’”

Two Defense Department employees describe Glenn using the phrase “all balls, no bush” during an office conversation. Another described Glenn telling her that if he could line up all the women in the office, they would not look as good as she did. Yet another employee said Glenn referred to her as a “Hot Blond” at an out-of-office happy hour. A fifth described overhearing Glenn tell another colleague that he “hoped some studly guy would be rubbing oil on her back at the beach.”

It also substantiated Glenn’s use of the N-word by confirming that he told subordinates a story in which he had misheard a colleague saying “negative attitude” as “n-word” attitude. In another instance, Glenn “asked an Asian American subordinate to share her feelings during the all hands meeting about being an Asian female in a department that considers China its biggest threat.” Hundreds of Defense Department employees were on the call described in the report.

The Defense Department is the largest U.S. government agency both in terms of personnel and budget. As deputy CFO, Glenn would have overseen the Pentagon’s financial management policies governing the agency’s sprawling, multibillion-dollar budget.

Austin, the first Black defense secretary in U.S. history, during his confirmation hearing, vowed “stamp out sexual assault, to rid our ranks of racists and extremists, and to create a climate where everyone fit and willing has the opportunity to serve this country with dignity.” He also signed a memo ordering commanding officers to carry out a stand-down to address extremism in the ranks in light of January 6.

Under Austin, the Pentagon has also updated the manner in which it screens personnel. In 2021, The Intercept reported on the Defense Department’s plans to screen service members’ social media accounts for extremist content.

In defending the racially insensitive comments he made during the all hands meeting, Glenn told the Office of Inspector General that he remembers discussing a “60 Minutes” interview where Austin described his experiences with racism in the military, and that he used a comment made by President Barack Obama to illustrate how racial misunderstandings can occur.

“[T]he example I used was about how people can look at things differently. It was a comment that President Barack Obama had made,” Glenn told the Office of Inspector General. “He said once, ‘I know what it means to be a black man walking down the street and hearing car doors lock.’ And there’s two ways to look at that. Who are the people in the car that are locking their doors? Maybe they’re racists. Maybe they’re looking at a black man and assuming that there’s a high potential for being robbed. Or maybe they’re just following National Highway Administration guidelines to lock your doors when you drive. It could be either.”

Despite Austin’s moves, experts say commanders still have complete discretion in handling misconduct complaints. Military inspectors general do not have statutory independence unlike other federal inspectors general: In many cases, investigators must get permission from a commander to investigate a complaint.

Sexual misconduct is an endemic problem in the military. Reports of sexual assault have risen sharply in recent years, with an increase of 38 percent from 2016 to 2018, representing more than 20,000 service members reporting such cases in 2018 alone, according to Defense Department data. Last year, The Intercept reported that a U.S. service member alleged sexual assault involving 22 other troops at the Army training base in Fort Sill, Oklahoma — and that sexual assault against men in the military is vastly underreported.