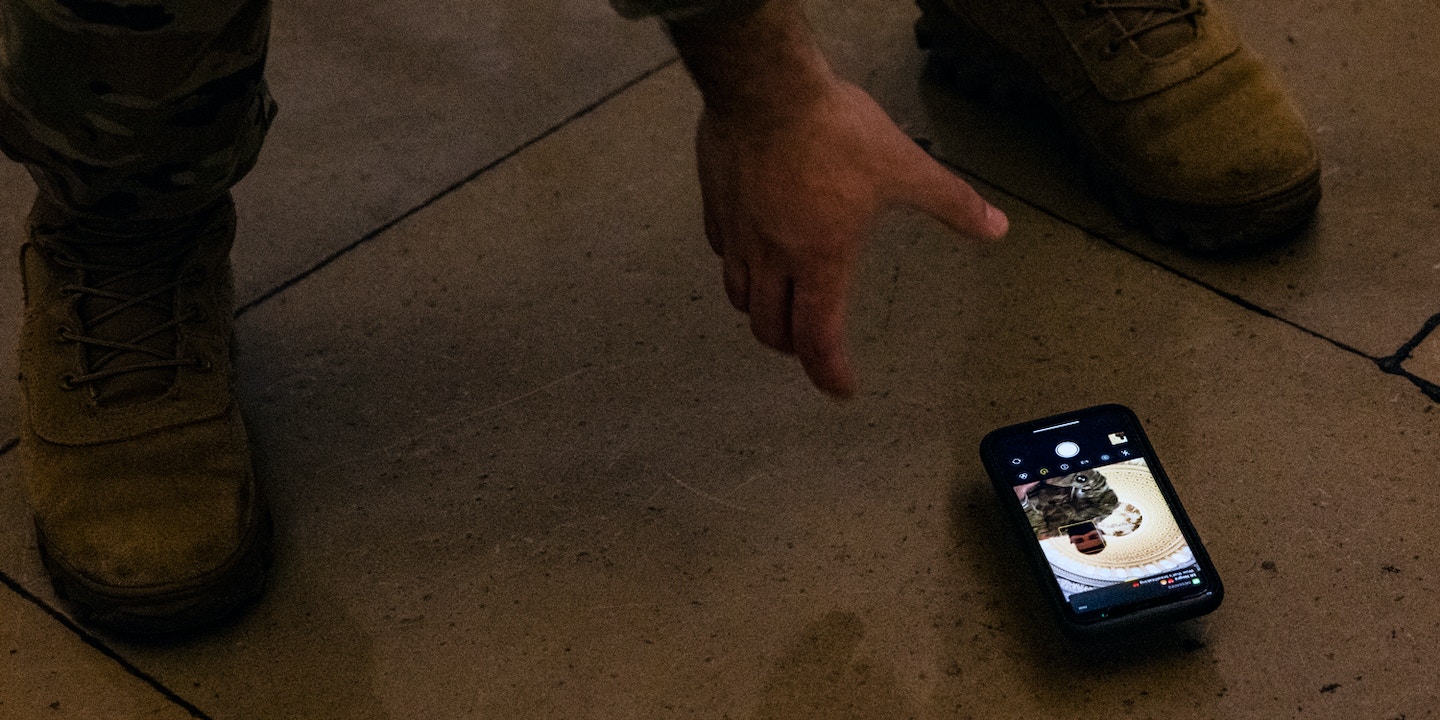 As part of the Biden administration’s crackdown on domestic extremism, the Pentagon plans to launch a pilot program for screening social media content for extremist material, according to internal Defense Department documents reviewed by The Intercept, as well as a source with direct knowledge of the program.

An extremism steering committee led by Bishop Garrison, a senior adviser to the secretary of defense, is currently designing the social media screening pilot program, which will “continuously” monitor military personnel for “concerning behaviors,” according to a Pentagon briefing in late March. Although in the past the military has balked at surveilling service members for extremist political views due to First Amendment protections, the pilot program will rely on a private surveillance firm in order to circumvent First Amendment restrictions on government monitoring, according to a senior Pentagon official. Though the firm has not yet been selected, the current front runner is Babel Street, a company that sells powerful surveillance tools including social media monitoring software.

Babel Street has drawn criticism for its practice of buying bulk cellular location data and selling it to federal national security agencies like the Secret Service, who rely on the private company to bypass warrant requirements normally imposed on government bodies seeking to collect data. In November, Vice reported that the U.S. military’s Special Operations Command used one of Babel Street’s products, Locate X, to track the location of individuals for special forces operations.

Garrison and Babel Street did not immediately respond to requests for comment.

It is unclear to what extent Congress is aware of the program, if it all. When asked about the program, a spokesperson for Rep. Don Bacon, a member of the House Armed Services Committee, said they were not aware of it.

“I have discussed this with our defense team and as of right now, we have not heard anything from DoD that would confirm this story,” Bacon’s press secretary Abbey Schieffer said. The Senate Armed Services Committee did not immediately respond to a request for comment.

In an email received after this article was originally published, a spokesperson for the House Armed Services Committee provided the following statement:

The Committee understands that the Department of Defense is exploring a means of implementing social media screening in conjunction with background investigations. We anticipate that any social media screening would be intended only as an additional means of vetting cleared individuals or those seeking to obtain a security clearance, not as a tool for ongoing surveillance of all men and women in uniform. That said, Secretary Austin has been clear about his intentions to understand to what extent extremism exists in the force and its effect on good order and discipline. We look forward to hearing the results of the stand down and the Department’s plan to move forward.

The Defense Department hinted at the program in an April 9 press release about its Countering Extremism Working Group, which it says will make recommendations on “incorporating machine learning and natural language processing into social media screening platforms,” as well as “ensure training addresses issues raised by commanders and supervisors on ‘gray areas’ such as reading, following, and liking extremist material and content in social media forums and platforms.”

The pilot program will use keywords to identify potential extremists, though coming up with a list of terms without running afoul of speech protections has proven to be challenging, the senior Pentagon official said. To this end, the military plans to consult with experts from across the political spectrum to help develop the pilot program. As The Intercept previously reported, the military’s Countering Extremism Working Group drafted a list of potential consultants that included anti-Muslim and Christian conservative groups.

“It will undoubtedly produce a flood of false positives that will waste security resources and undermine morale, without identifying the real problem.”

“Using key words to monitor social media isn’t just an unnecessary privacy invasion, it is a flawed strategy that will ensure it is short-lived,” said Mike German, a retired FBI agent who did undercover work in neo-Nazi groups and is now a fellow at the Brennan Center for Justice’s Liberty and National Security Program. “It will undoubtedly produce a flood of false positives that will waste security resources and undermine morale, without identifying the real problem, which is the tolerance for those that openly engage in racist behavior and discrimination.”

Last month, the White House rejected a 2019 proposal from the Department of Homeland Security to collect social media data from immigration applicants. After the White House’s decision, Harsha Panduranga, counsel for the Brennan Center’s Liberty & National Security Program, argued that social media screening not only lacks efficacy but also may even hamper freedom of expression.

“As OIRA’s [White House Office of Information and Regulatory Affairs] decision signals, there is little evidence that social media screening is an effective screening tool,” Panduranga said. “But we do know that facilitating dragnet surveillance of the modern public square harms free speech and privacy, imposing a disparate impact on people who have traditionally borne the brunt of government profiling in the name of national security.”

Rather than relying on artificial intelligence or algorithms, German says, it would be more constructive to simply improve the whistleblower system so that reports of racist misconduct are taken seriously.

“Trying to suss out ‘extremists’ with an algorithm isn’t likely to identify problem employees within the department nearly as effectively as simply making clear that racist misbehavior and discrimination won’t be tolerated, requiring the troops and officers to report this misconduct when they see it, and then protecting them from reprisal when they do,” German said. “But, today, because the Defense Department doesn’t adequately protect whistleblowers, reporting such misconduct is often more risky to a person’s military career than actually engaging in racist misbehavior.”

This article has been updated with a statement from the House Armed Services Committee that was received after publication.