It’s the GOP, Stupid: How the Party Gave Us a New Mexico Pol Accused of Hiring Assassins

There’s no distancing the Republican Party from Solomon Peña — or his alleged acts of political violence. 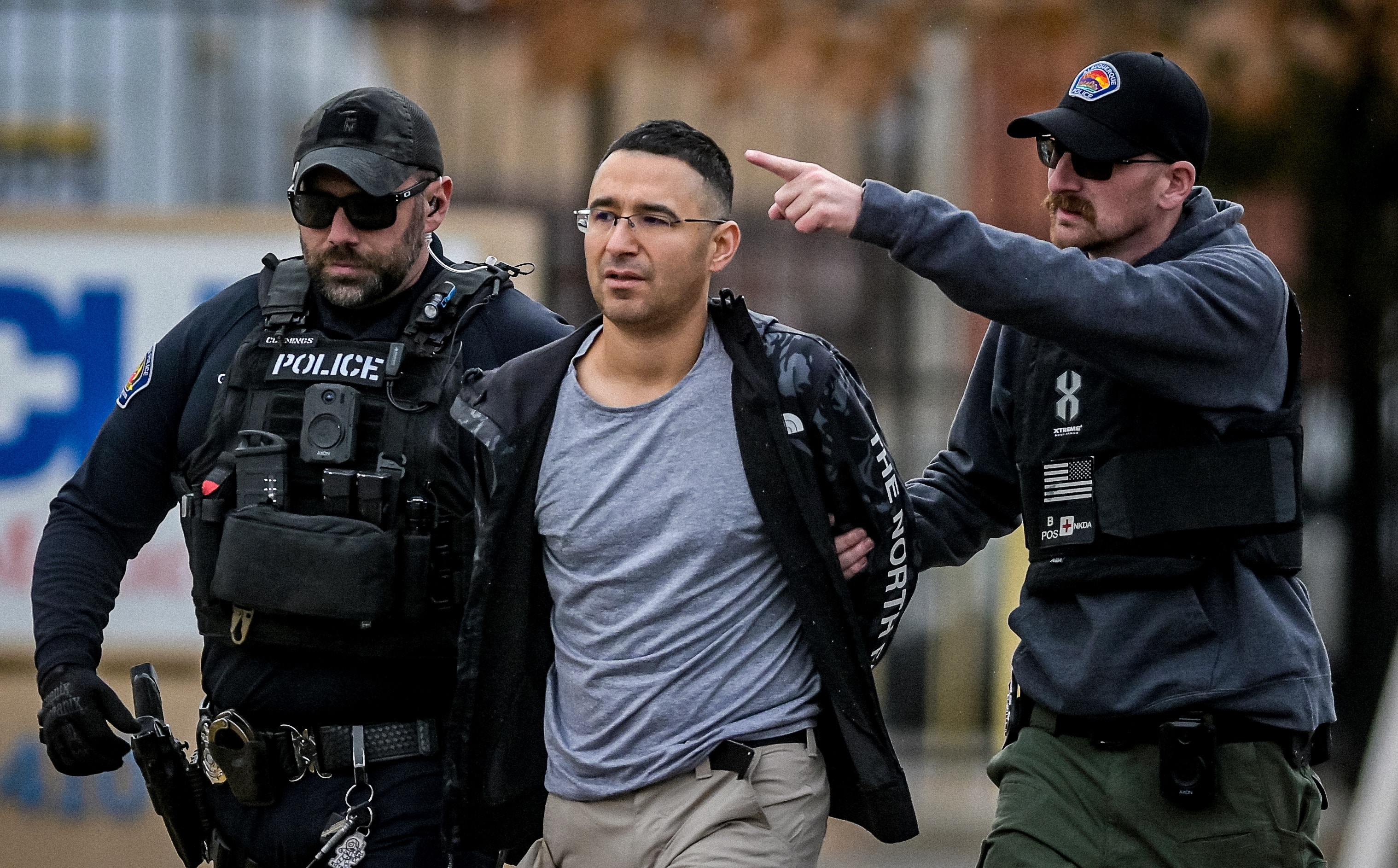 The mounting forensic evidence of a direct connection between right-wing political violence and the Republican Party has a new patient zero whose case can be studied and dissected. His name is Solomon Peña.

Peña’s story is a case study in the close and direct links between Republicans and right-wing violence, even as party leaders try to deny them.

For those who haven’t been following him, Peña ran as a Republican for a seat in the New Mexico Legislature in November but was handily defeated by his Democratic opponent. Peña received only about 26 percent of the vote in his district, yet he refused to concede, and instead, like other Republican losers around the country, mimicked Donald Trump by complaining that he was the victim of election fraud.

Trump just announced for 2024. I stand with him. I never conceded my HD 14 race. Now researching my options. pic.twitter.com/sKVHhxG9Vq

Peña’s “options” were revealed last week, when he was arrested in connection with a series of shootings at the homes of four Democratic state officials in Albuquerque, including two involved in certifying the results in his race.

Peña, 39, is accused of leading a group that included four others who shot at the homes of the Democratic officials; in one case, bullets fired into the house of a Democratic state senator came close to hitting the official’s 10-year-old daughter. Peña allegedly paid the four accomplices and provided them with weapons; he’s also accused of personally participating in at least one of the drive-by shootings.

The Peña case is part of a surging wave of right-wing political violence that now arguably represents the biggest national security threat facing the United States. Academic researchers are finally catching up with the trend, and recording what has become obvious: The violence is overwhelmingly committed by extremists on the right rather than the left.

Right-wing violence seems to have increased since the January 6, 2021, insurrection at the U.S. Capitol. In fact, Peña’s arrest came just weeks after the two leading members of a 2020 plot to kidnap Michigan Gov. Gretchen Whitmer were finally sentenced, and follows the October attack on Paul Pelosi, the husband of then-House Speaker Nancy Pelosi, as well as the August armed attack on the FBI’s Cincinnati office by a pro-Trump extremist angered by the FBI’s search of Mar-a-Lago in connection with Trump’s classified documents case.

What makes Peña’s case significant — and clarifying — is that the defeated candidate himself may have engaged directly in the violence. In other recent cases, Republicans have sought to dismiss acts of violence by claiming that there was no proof the criminals involved were motivated by their pro-Trump, Republican ideology. Republicans and conservatives have frequently pushed conspiracy theories to falsely assert that violence was actually committed by left-wing extremists, or, alternatively, was brought on by the victims themselves. In the aftermath of the attack on Paul Pelosi, for example, prominent conservatives embraced a wide variety of conspiracy theories, including claims that the assailant was Pelosi’s gay lover.

But it is not really possible to distance the Republican Party from Peña — or from his acts of violence. After all, the Republicans’ own candidate for a seat in New Mexico’s House of Representatives is now sitting in jail, and the evidence against him seems ironclad.

The Peña case underscores how the lies, propaganda, and conspiracy theories that now dominate the rhetoric of the Republican Party lead to violence, and that makes Peña’s story even more significant than that of George Santos, the first-term House representative and serial fabulist who has garnered far more national attention.

Solomon Peña, like so many others in the pro-Trump world, never succeeded at life. Demoted twice while serving in the Navy, he later was part of a group that drove cars into four different stores and robbed them, resulting in a string of smash-and-grab burglaries in Albuquerque that landed him in prison for almost seven years. He was released from prison in 2016 and remained on probation until 2021, just a year before he ran for the state legislature.

Peña embraced Trump’s MAGA cult and posted photos of himself on Twitter showing that he was in Washington on January 6, 2021, to support Trump’s false claims that he had actually won the 2020 election.

This is one of the last pictures I have of the Jan 06 trip. I lost that phone at the Trump rally in Phoenix, July 2021. Make America Great Again! pic.twitter.com/EJToLrD8md

Unlike Santos, Peña’s troubled past was well known during the 2022 campaign; his Democratic opponent sued to have him removed from the ballot because of his felony convictions. In September 2022, a court ruling allowed Pena to stay on the ballot, but the issue was fully covered in the New Mexico press.

Republicans, meanwhile, continued to back him, arguing that Peña deserved a second chance. “Please support Solomon Pena,” Michelle Garcia Holmes, a Republican congressional candidate in New Mexico, tweeted in October, after the court ruling allowing Peña to stay on the ballot. “He is the right choice!”

On November 9, the day after he was soundly defeated in the election, Peña tweeted: “I dissent. I am the MAGA king.”

Police say that, after his election loss, Peña went to the homes of the four Democratic officials and confronted them with his claims of election fraud. Soon after that, he escalated to allegedly enlisting a group of criminals to shoot at their homes.

During this post-election period, while he was publicly claiming election fraud, Peña was still moving up in Republican circles in New Mexico. Two days before his arrest, he was elected to posts as a county ward chair and a Republican Party State Central Committee member.

Following his arrest, the Republican caucus in the New Mexico House of Representatives issued a bizarre statement that did not mentioned Peña’s statehouse candidacy, instead criticizing the government for allowing him to have guns. In a statement that seemed to turn everything about the Peña case on its head, state Republican House leader Ryan Lane said, “This is yet another example of a convicted felon gaining access to firearms, which they are barred from owning or possessing, and using the weapon in a manner that causes public harm.”