Loyal Democrats say layoffs at NGP VAN and EveryAction by the company’s new private equity owners could hobble the party. 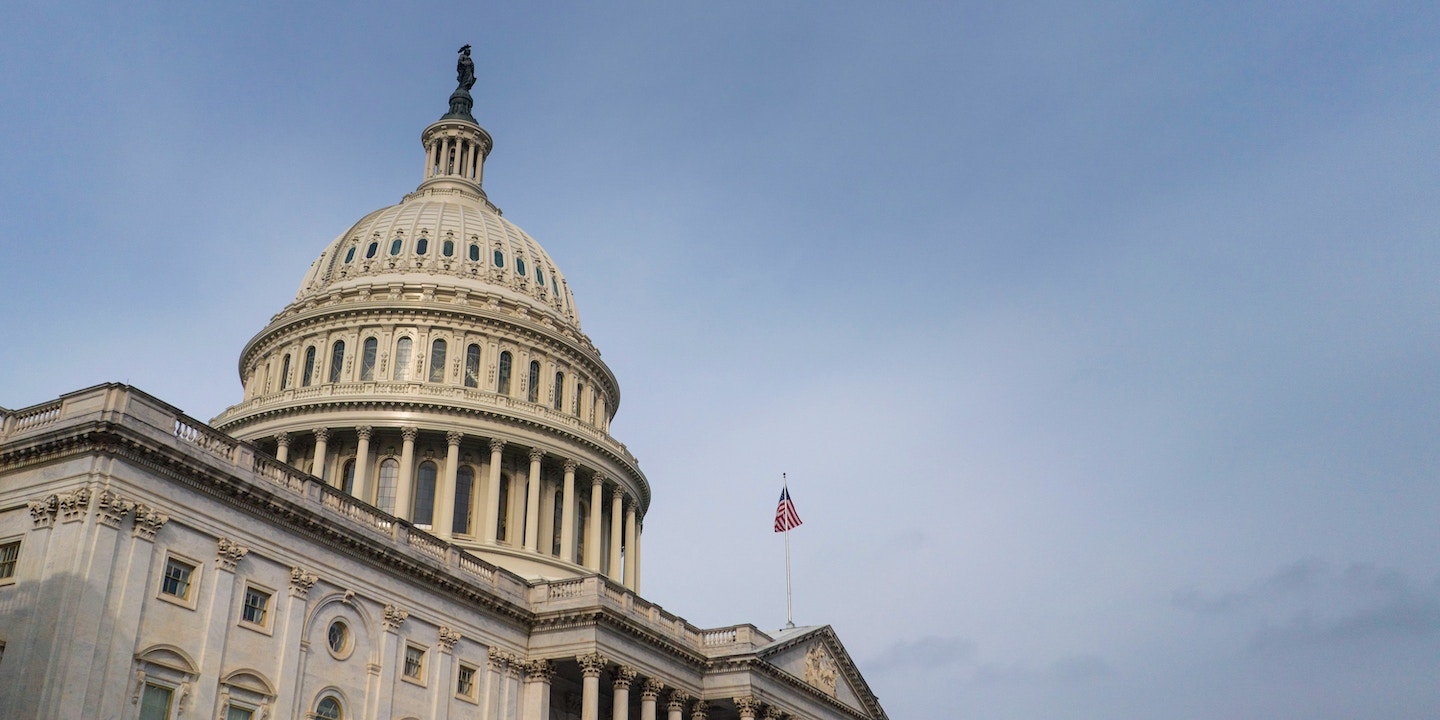 Less than two years after a British private equity firm acquired the campaign tech firm that holds the Democratic Party’s most sensitive data, the new parent company laid off at least 140 people.

In a companywide email on January 12, Mark Layden, the chief executive of Bonterra, the new merged company created by the private equity firm, notified staff that, in its pursuit of “long-term, efficient growth,” 10 percent of the company would be let go. Within the next several minutes, people who were laid off received emails telling them that they no longer had a job. Numerous employees shared their experiences on social media.

“Went to get coffee, by the time I came back to my comp I was locked out of all of the systems,” one Bonterra employee wrote on Twitter. “Folks lose jobs everyday but there was a better way. This was just tacky and apathetic.” Even some of those who kept their jobs announced their dissatisfaction; one tweeted the lack of warning was “just incredibly vile.”

At NGP VAN — one of the two major organizations that run the Democratic Party’s vaunted organizing, voter file, and compliance tools — and EveryAction, the fundraising software company it operates under, some 40 people lost their jobs in the layoffs.

For some employees and strategists, the layoff announcement was confirmation of exactly what they had feared from the start: that the private equity firm, Apax, would try to maximize revenue by cutting costs, firing people, and effectively hollowing out the acquired companies with potentially drastic implications for the Democratic Party and liberal organizations that rely on NGP VAN and EveryAction.

“NGP VAN having a reduced staff will make it harder for us to do our jobs,” said one current NGP VAN employee, who spoke on the condition of anonymity for fear of professional reprisal.

“NGP VAN having a reduced staff will make it harder for us to do our jobs.”

The cost cutting could have unintended consequences for the Democratic Party, said progressive strategist Gabe Tobias.

“There are no nefarious purposes necessarily, like that they don’t want Democrats to win,” he said. “I don’t think they care. But what happens if they just start degrading service? No one can do anything about it. Everything sits inside of VAN, and almost everyone uses the other services they have.”

While NGP VAN was one of the companies merged into Bonterra during the private equity purchase, it remained a standalone brand and has the monopoly on campaign tools and compliance reporting software for the Democratic Party, including its database of coveted Democratic National Committee voter file information. Loyal Democrats in the NGP VAN orbit fear the job cuts — across NGP VAN and EveryAction’s product, data services, client support, and sales departments — could hamper the entire party’s efforts.

While cuts across multiple departments are typical in layoffs, the current employee said, NGP VAN is in a unique position. “We also happen to be a near-monopoly for the Democratic Party software and provide products/services to many labor unions and nonprofits,” they said. “It shouldn’t be owned by a British private equity firm and led by a nonpolitical ‘social good’ tech company.”

NGP VAN EveryAction Workers Union, under the Communications Workers of America, represented some of those laid off. In a tweet last week, the union wrote, “We fear the direction of our union-built platform—the largest database for Democrats, large unions, and many progressive nonprofits—under private equity. So should you.”

In early December, NGP VAN’s general manager, Chelsea Peterson, wrote a blog post offering assurances that, despite recent changes to the company, NGP VAN was “in it for the long haul” and that the company remains committed to serving in the progressive political tech space.

“The fact that Chelsea had to write a blog post saying NGP is ‘safe’ shows it’s not,” said one former NGP VAN employee who left prior to the layoffs and requested anonymity to protect their livelihood. “The question no one is asking in the Democratic community is: Is private equity the best place for this data? Are they vulnerable to these types of cuts with no rhyme or reason? How does this affect the infrastructure?”

The former staffer raised the organizations that worked with NGP VAN: the Democratic National Committee; the Democratic Congressional Campaign Committee, its fundraising arm for the House; and other political action groups and advocates that spend on campaigns all rely on NGP VAN’s technology — “all of these groups have invested millions into this organization,” the staffer said.

For Democrats, that infrastructure is of paramount importance. Where once several smaller shops ran the party’s fundraising and campaign technology, many of the most prominent firms — ActionKit, Mobilize, Salsa Labs, and Blue State — were acquired by NGP VAN and EveryAction. (In 2019, EveryAction acquired ActionKit, a service that The Intercept uses for its email newsletters and fundraising.)

Now Apax, a private equity group with a broad portfolio of companies and both Democratic and Republican donors among its partners, has bought the whole operation and merged it with other acquisitions as Bonterra. (The DNC, DCCC, and the Democratic Senatorial Campaign Committee, which also uses EveryAction and NGP VAN, did not respond to requests for comment.)

Apax is a buyout firm, the former staffer said, “which is not inherently bad — but let’s be honest — they didn’t buy NGP/EveryAction/Salsa etc. out of pure altruism.”

“People often ask me — what’s the famous CEO question — like what keeps you up at night? I want you to know nothing keeps me up at night. I sleep like a baby.”

Another current NGP VAN employee, who also spoke on the condition of anonymity for fear of reprisal, said that Bonterra had internally discussed failing to reach its target growth numbers at the end of the last quarter. When staff asked about potential layoffs during a question-and-answer session, they said, management “gave a deflection non-answer.”

According to a transcript of a December meeting obtained by The Intercept, Layden, the newly appointed CEO, was asked about his priorities in his new role. “People often ask me — what’s the famous CEO question — like what keeps you up at night? I want you to know nothing keeps me up at night. I sleep like a baby. It’s just [as] if I have no conscience.” (Bonterra declined to comment.)

In early December, Bonterra announced that then-CEO Erin Mulligan Nelson would be leaving the company and that Layden had been appointed interim CEO. “Erin was widely liked and admired, and her departure was announced unceremoniously,” the employee said, speculating that the former CEO was “unwilling to play ball with private equity.”

As other left-leaning and progressive organizations go through similar shifts, Democrats are concerned about the health of the party’s infrastructure ahead of 2024 elections.

Democratic and progressive organizations that use EveryAction and NGP VAN should collectively demand investment in its services, said Tobias, the progressive strategist. “Either this company who now owns this thing promises us, signs agreements with us that they won’t cut costs, that they won’t degrade services, or we invest in alternatives,” he said. “It’s probably both, but it’s certainly not neither — which is what’s happening right now.”