Iran-Contra and the Non-Denial Denial 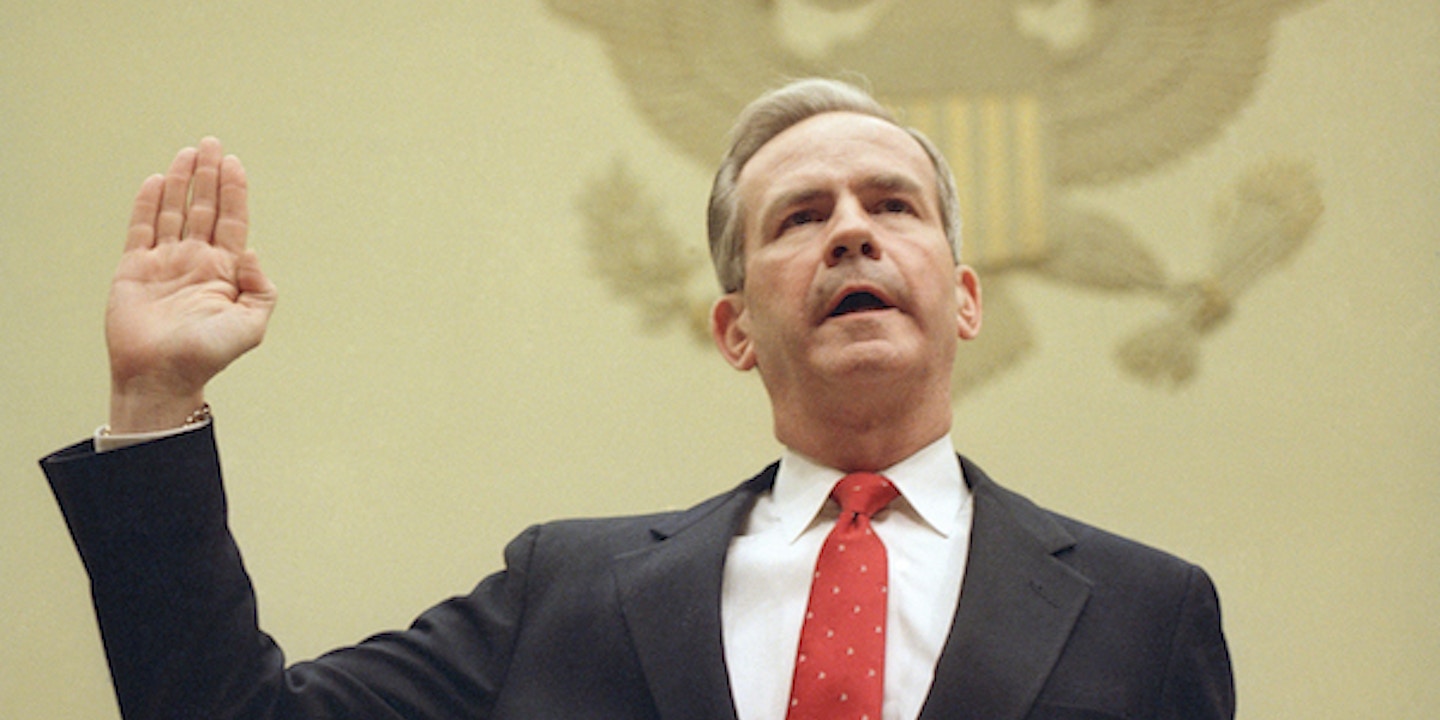 [This is the third post in a series on non-denial denials; see also parts one and two.]

When an official, confronted by a serious charge, denies something different, or uses modifiers, or airily waves off the charge as not worth responding to, that should be an alarm bell.

But our most elite journalists in Washington tend to trust their sources too much. They ask sloppy questions, and don’t listen carefully to evasive answers.

Sometimes, they’re so friendly with their sources, they’ll actually help.

For me, as a budding young journalist, a particularly formative non-denial denial came in November 1986, after a Lebanese newspaper had made the explosive claim that former national security adviser Robert C. “Bud” McFarlane had made a secret trip to Iran that May to set up an arms-for-hostages swap.

Among the extraordinarily compelling details in the article was that the delegation, traveling on Irish passports and wearing fake beards, had brought as gifts a set of dueling pistols, a chocolate cake in the shape of a key and a Bible signed by Ronald Reagan.

Back then, ABC’s Ted Koppel was somehow cementing his reputation as tough interviewer, while actually throwing the puffiest of softballs to repeat establishment guests, like Henry Kissinger – and Bud McFarlane. (Koppel was outdone in this fashion only by NBC’s Tim Russert.)

Koppel had McFarlane on “Nightline” a few days after the news broke in Lebanon. When Koppel first mentioned the article, he said with great condescension that it had “some wonderful touches” — but added, unctuously, that “as Mr. McFarlane’s one-time boss Henry Kissinger might have said, they apparently lacked the additional virtue being true.”

After apologetically telling McFarlane he needed to “get some of the frivolous stuff out of the way,” Koppel forced himself to ask:

And that was enough for Ted – until he had McFarlane on again, a few months later, by which point the entire world knew many of the sordid details of the major scandal that involved a White-House-basement operation sending the proceeds from gunrunning for Iranian hostage-takers to fund the Nicaraguan Contra rebels, in direct contradiction to Congressional mandates. This time, the exchange went like this:

Koppel: Mr. McFarlane, humor me, if you will, because I know these seem like irrelevant little details, but they’re the kind of grist that a lot of people like to chew on. I asked you once, many weeks ago it now seems, whether there were pistols, a Bible, chocolate cake and, as I recall, you gave me a very careful response, and I should have caught the nuance, but I didn’t. You said, “That’s not the way I do business.” But someone did, someone brought those things, if not all, on the one mission, I mean, the pistols, the cake?

McFarlane: Well, Ted, as you say, it’s something apparently trivial taking on an importance, and I understand it, because it’s a measure of whether or not I’m telling the truth or not. Simply put, there was a cake on the mission. I didn’t buy it, bake it, cook it, eat it, present it or otherwise get involved with it. Apparently, I am told, the cake was the product of a spontaneous idea of Col. [Oliver L.] North to take something of a celebratory connotation to it, and as a kind of a symbol of our turning a new page, one hoped, in the relationship. I didn’t get involved with it, and that’s not the way I do business.