Glenn Greenwald’s No Place to Hide, Reviewed by the CIA 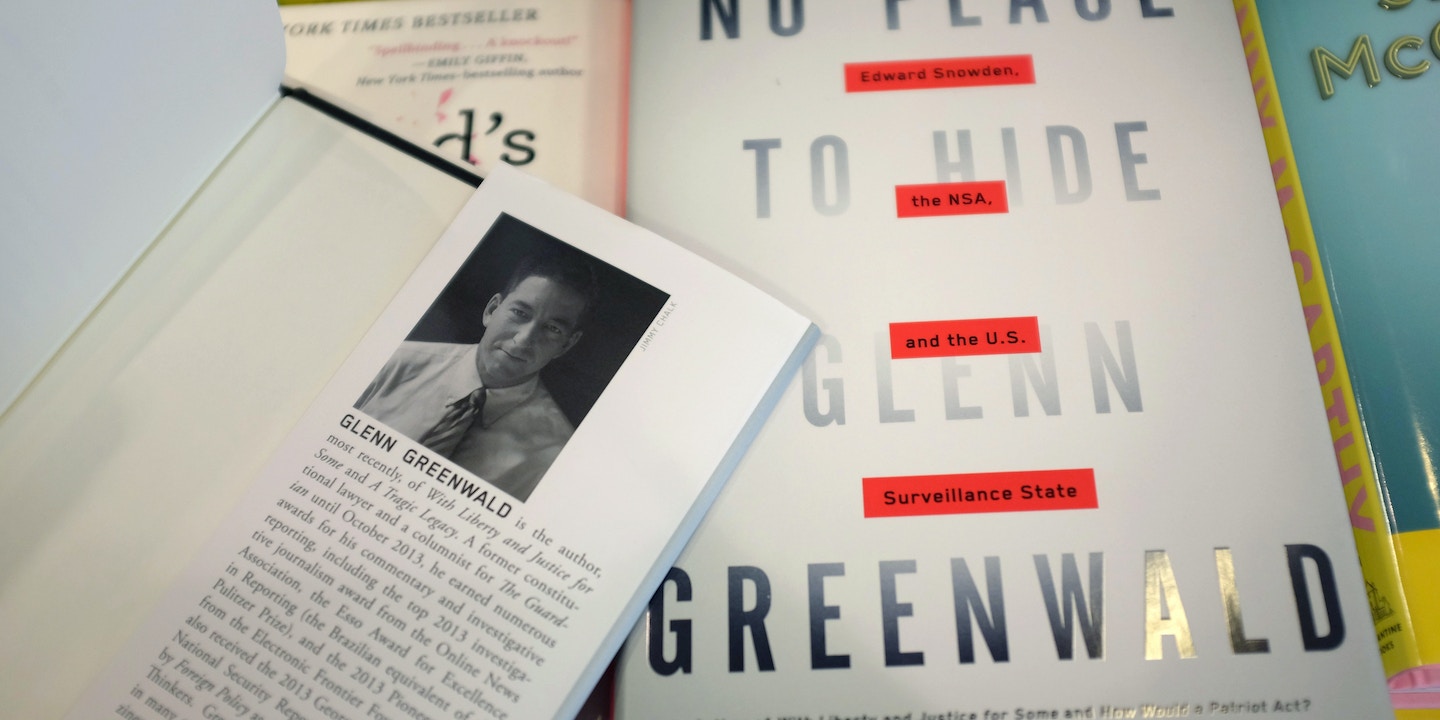 No Place To Hide: Edward Snowden, the NSA, and the U.S. Surveillance State, by Glenn Greenwald (Metropolitan, 2014), 259 pp., photos, endnotes & index at www.glenngreenwald.net.

Each of these books about the Snowden affair covers the basics of Snowden’s broken family life, his half-finished education, his political beliefs, and his devotion to the Internet. The Snowden Files—published first—is based on interviews conducted by Guardian journalist Luke Harding, materials furnished the paper, and accounts appearing elsewhere. Harding clearly views Snowden as a noble, self-sacrificing whistle-blower. His major addition to the story is a chapter describing how Snowden, using the Internet name “TheTrueHooha,” attempted to learn how to set up a Web server. Later, writes Harding, Snowden, still as TheTrueHooha, engaged in Internet chats that complained about the New York Times publishing leaked information in violation of national security. He then criticized the “Obama administration for appointing a…politician to run the CIA.” (4) Harding also adds some minor details—not included in the other volumes—about British SIGINT facilities and British reaction to the Snowden disclosures. With these exceptions, the book offers nothing significant not found in the other two.

The Snowden Operation, published only as an e-book, takes a decidedly different approach. Economist-author Edward Lucas views Snowden as a “useful idiot,” (2) suggesting that his theft of government documents amounts to sabotage, not whistle-blowing. He recognizes that the charge of mass surveillance resonates with the public but warns against overreaction by the “Snowdenistas” that would destroy valuable capabilities and says they are naïve in arguing foreign intelligence services will not have access to or benefit from the stolen material. Noting that “Russian intelligence keeps a close eye on staff of adversary countries’ foreign missions,” (chapter 5) he concludes that it is likely that they would have been onto Snowden from his days as TheTrueHooha and suggests just how they would have monitored him.

On the topic of how a legitimate whistle-blower would have behaved, Lucas describes the options available and the procedures that would have achieved the practical goals Snowden espoused. But they would not have put Snowden in the media spotlight. In short, Lucas does not see Snowden as the product of heroic virtues, or Western intelligence as the perpetrator of persistent willful illegalities, though he suggests that unwarranted sloppiness contributed to the problem. After a few modest suggestions for improvements, Lucas concludes that Snowden has become a pawn in an information warfare operation that is no cause for comfort.

No Place To Hide is the most complete, though far from the most objective account of the Snowden affair to date. Lawyer-journalist Glenn Greenwald is the only one of the three authors to have met and interviewed Snowden. Four of the five chapters in his book deal directly with the details of their relationship. He begins with a story of their first contact—a cryptic e-mail signed Cincinnatus—a detail not included in the other books. He then explains how this eventually led to a quasi-clandestine meeting in Hong Kong after the intervention of Laura Poitras, a documentary filmmaker. Greenwald also includes a lengthy description of how they arranged for publication of the documents Snowden provided—some examples are included in the book—and the many difficulties they experienced once they did so.

But the core arguments in No Place to Hide are found in chapter three, “Collect It All.” Greenwald is appalled at the concept implied in the chapter’s title and analyzes it with the presumption of illegality while dismissing without comment the intelligence issues that led to its adoption. Throughout this chapter and the next, “The Harm of Surveillance,” Greenwald emphasizes the coincidence of his judgments and values with those of Snowden. He also links Snowden’s upbringing and checkered employment history as justification for his decision to proceed as he did rather than follow official whistle-blower procedures. Greenwald also ignores other interpretations regarding the legality of the NSA’s collection programs—for example, the views of retired admiral Michael McConnell, former director of the National Security Agency and national intelligence.

The fifth chapter is something of a surprise. Here Greenwald harshly attacks selected members of the media—including The New York Times—for their efforts to “discredit [the author] personally” (211) and for publishing classified information. He goes on to criticize the Bush and Obama administrations and various private individuals, including Harvard law professor Alan Dershowitz, who said Greenwald’s reporting “doesn’t border on criminality—it’s right in the heart of criminality.” (217) More generally, Greenwald insists that since journalists often consult with the government before publishing certain stories, “establishment media figures have accepted the role of dutiful spokespeople for political officials.” (232)

Greenwald sums up the common themes of these three books: Snowden’s acts were justified because he chose to seek “reform of the surveillance state,” (248) and journalists have the absolute right to be the final arbiters of what to publish. Greenwald’s often bitter ad hominem rationale for this is unlikely to be the last word on the subject.

Hayden Peake is a former officer in the CIA Directorates of Operations and Science and Technology.

Correction: Due to an editing error, the headline of this post mistakenly referred to Intercept co-founder Glenn Greenwald’s book as No Place Left to Hide. It is in fact No Place to Hide.