A senior Department of Homeland Security official charged with assaulting a 15-year-old girl remains in his position, according to documents and interviews. 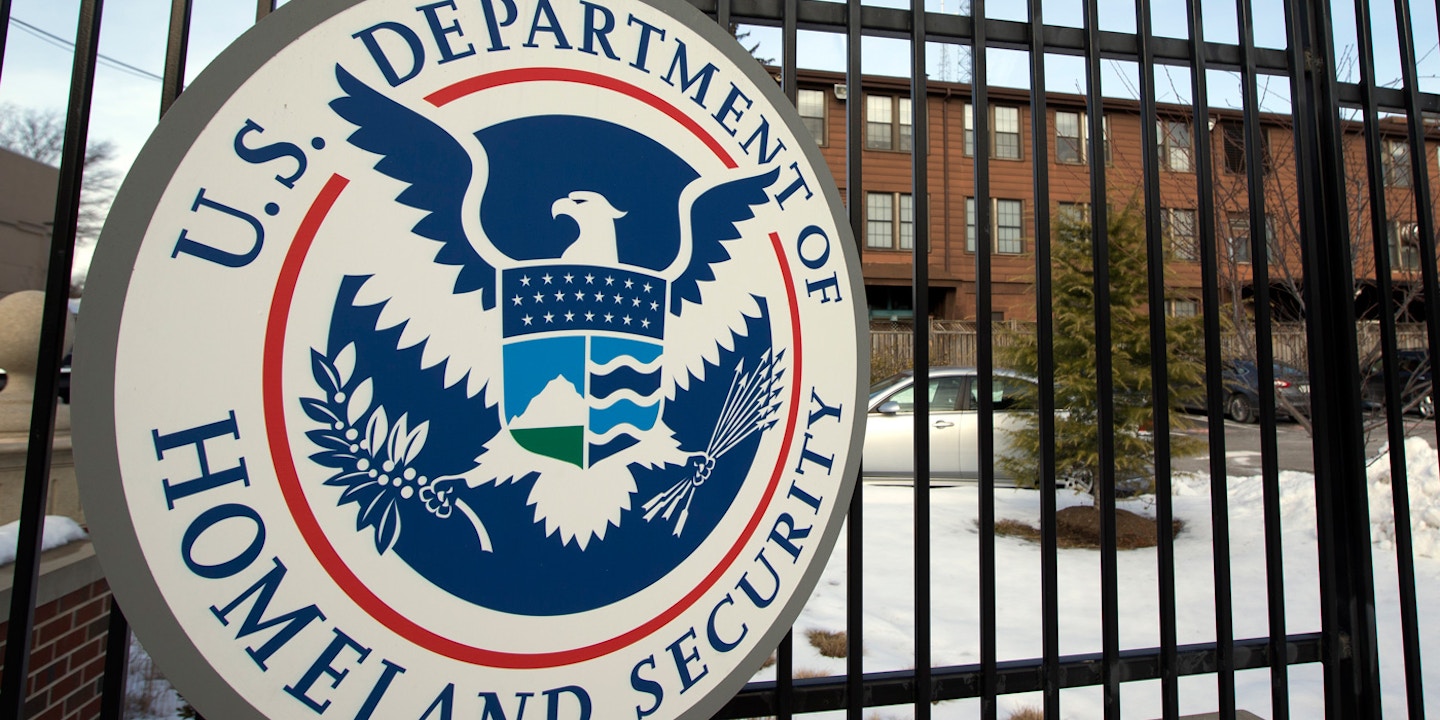 A senior Department of Homeland Security official charged with assaulting a 15-year-old girl remains in his federal position at agency headquarters, according to court documents, police reports and interviews.

Austin L. Smith, executive director of the Interagency Security Committee — created in the wake of the Oklahoma City bombing to establish federal building security standards to protect against terrorist attacks — was charged with second degree assault in November, after allegedly groping and repeatedly trying to assault the 15-year-old sister of his girlfriend, according to Maryland court and police records obtained by The Intercept.

“He continued to request physical actions … I kept asking him to leave me alone and that I wanted to go to bed, he refused. I locked myself in the bathroom few times to keep him away from me, but he kept trying to get in,” the juvenile said of Smith’s actions last fall, according to her handwritten account of the alleged assault included in documents from the District Court of Maryland for Queen Anne’s County. Court records list Smith’s employer headquarters as the Department of Homeland Security.

On Friday, he pleaded “Not Guilty with agreement, statement of facts,” receiving Probation Before Judgment, which is defined on the Maryland Judiciary’s official website as a resolution in which the “defendant is found guilty or pleads guilty. However, the final entry of judgment is technically suspended.” The conviction can later be expunged from the defendant’s record, after successful completion of probation.

Smith remains in his current position, S.Y. Lee, a spokesman for DHS, confirmed to The Intercept on Monday.

The 15-year-old told police from Queen Anne’s County Office of the Sheriff that after a 2014 Thanksgiving dinner, an intoxicated Smith started making suggestive comments and sexual advances aimed at her. “She stated that he told her that he wanted her to hug him and wanted to be close to her,” according a police incident report obtained from the sheriff’s office through a Freedom of Information Act request. “At one point he took off his pants leaving only his underwear on. She stated that he sat next to her and put his arm around her neck and let his hand dangle/rest around her chest/breast area,” the report said.

“She advised that Mr. Smith’s advances were not welcome and she did not want him to touch her in any way. She stated that she repeatedly told him she just wanted to go to sleep and at one point was able to lock herself in the bathroom,” the police records note. “She stated that he tried to get into the bathroom unsuccessfully and she was later able to escape and go wake up her sister.”

She said Smith “continued to request physical actions, including hugs. He also requested me to keep coming closer. He said things to me such as ‘you don’t know how much you mean to me’ and ‘you’re mine,'” she wrote of the alleged assault, according to court documents associated with the order of protection granted against Smith. “I kept asking him to leave me alone.”

The Queen Anne’s County Office of the Sheriff charged Smith with second degree assault after the father of the girl contacted police, who interviewed the child about the alleged assault. A Maryland District Court judge issued a protective order on Dec. 8, 2014 — called a peace order in Maryland — barring Smith from attempting to contact the girl or going near her school or home.

The charges do not appear to have had any immediate impact on his employment. Four months after his arrest, Smith was also made co-chair of the federal cybersecurity working group charged with developing the strategy and framework for enhancing cyber security within DHS and all federal buildings and facilities in the U.S.

“His clearance absolutely should’ve been pulled,” a source familiar with Smith’s case and DHS security clearance protocol told The Intercept.

According to a Government Accountability Office report from Sept. 2014, the guidelines for determining security clearances rely on over a dozen categories, including “allegiance to the United States.” Criminal conduct and financial problems are also considerations.

Smith’s court records in Maryland show nearly $1 million in debt as of April 2013, when he and his then-wife filed for bankruptcy listing $856,694.00 in total liabilities. Those records indicate the couple owed $41,354.00 in unpaid federal and state income taxes.

“It is unbelievable and frankly, completely demoralizing to watch my agency protect this guy,” said a senior DHS official, who asked not to be identified because he was not authorized to speak on the record. “His clearance should’ve been pulled a long, long time ago.”

Lee, the DHS spokesperson, confirmed Smith’s title and his current employment with the agency, but declined to comment on any of the charges against Smith, or the status of his clearance.

“The Department of Homeland Security takes very seriously any allegation of wrongdoing by its employees, and when founded will take the appropriate disciplinary action,” he said. “However, we are prohibited by the Privacy Act from commenting on specific personnel matters.”

Neither Smith nor his lawyer returned emails or calls requesting comment.

The Intercept made additional redactions to the police incident report to protect the identity of the juvenile victim.