Why Is It So Easy for States to Execute the Mentally Ill?

In 2015 alone, U.S. states have executed multiple prisoners with a history of serious mental illness, most recently Derrick Charles in Texas. 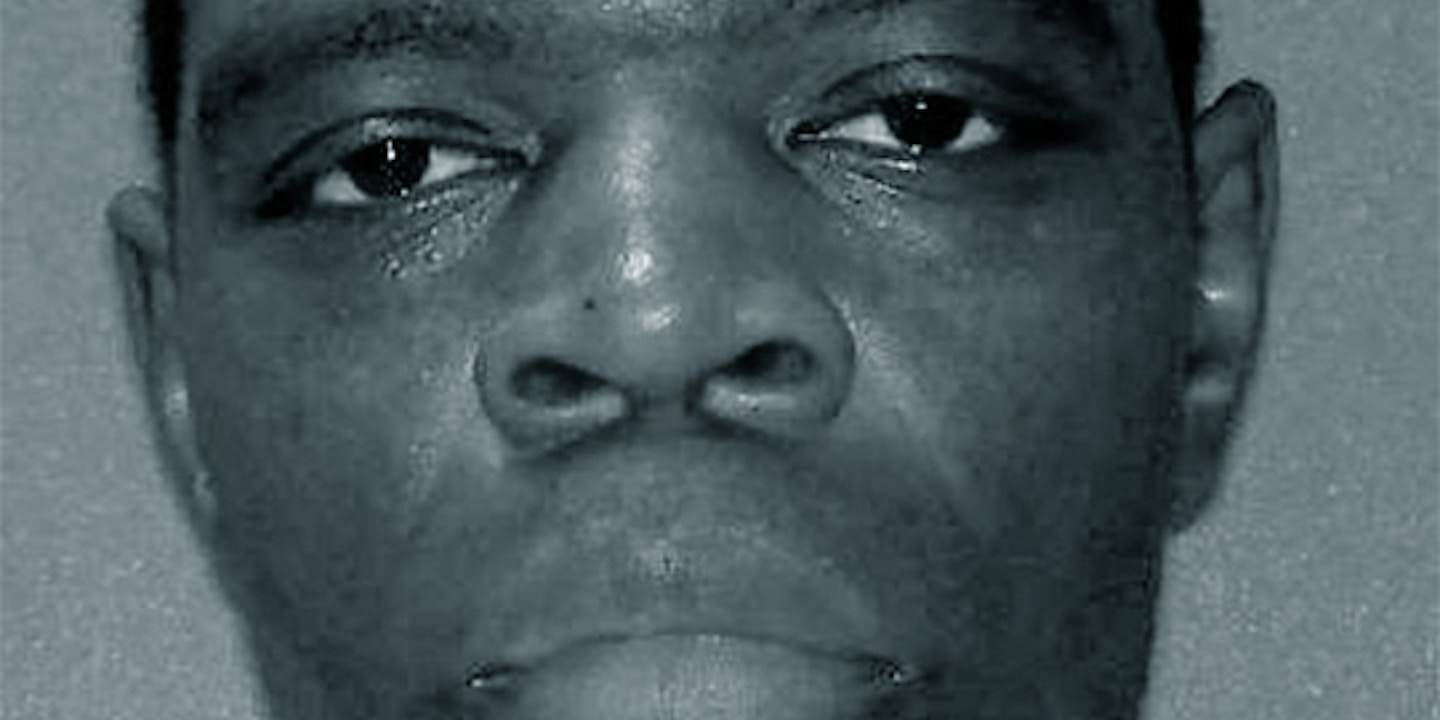 LONG BEFORE HE COMMITTED a vicious triple murder in Houston at the age of 19, Derrick Charles had shown signs of serious mental problems. Raised amid crippling poverty, domestic abuse, alcoholism and neglect, he watched his schizophrenic mother stab his abusive stepfather. He suffered from tactile and auditory hallucinations, and by the time he was 13, had been hospitalized twice for mental illness. While in juvenile prison for nonviolent offenses, he said he was hearing voices and asked for medication. The request was denied.

Then, in July 2002, while high on marijuana laced with PCP, Charles beat and strangled his 15-year-old girlfriend, Myeshia Bennett, and her 77-year-old grandfather, Obie, then beat, strangled, and sexually assaulted Bennett’s mother, Brenda. He confessed to police, saying he didn’t know why he’d done it.

None of Charles’s lengthy and troubling history was investigated by his defense attorneys or presented at trial. Unaware of his documented mental illness — among mitigating evidence that would lessen his culpability for the crime — the Texas jury sentenced Charles to die.

Charles was executed last week, on May 12, at the age of 32. His death by lethal injection went largely undiscussed, despite the compelling evidence of his mental illness. Yet it is far from clear that his execution was a legal one — whether Charles was so mentally ill that he was in fact incompetent to die at the hands of the state.

The Charles case is not unique. It follows closely on the heels of other questionable executions of prisoners with mental problems. In January, the first execution of the year was Georgia’s killing of Andrew Brannan, a decorated Vietnam veteran who had been diagnosed with severe mental illness prior to his killing a deputy sheriff during a traffic stop in 1998. And in March, Missouri executed Cecil Clayton, a man who was missing 20 percent of his brain’s frontal lobe — the brain’s center for impulse control, problem solving and social behavior.

There is no outright ban on executing the mentally ill. While the U.S. Supreme Court has barred the execution of the intellectually disabled and of juveniles, populations it deems so vulnerable that their execution would constitute cruel and unusual punishment, there has been no such determination when it comes to people with mental illness. Rather, the court has said only that the “insane” may not face execution, leaving the measure of insanity up to to the states.  In 2007, the Supreme Court ruled that in order for a prisoner to be considered competent for execution, he or she must have a rational understanding of the state’s reason for killing him or her.

This notion of “competency” is the sole measure for defining what role mental illness might have played in the commission of a crime — from arrest through conviction and to execution. When it comes to determining whether a mentally ill person should be spared the death penalty, the standard is extremely loose and subject to nonscientific criteria that vary from state to state. What’s more, in Texas, there is no right for a condemned, and likely ill, prisoner to even obtain the necessary resources to argue that he or she is too mentally ill to be executed. In the months leading up to Charles’s execution, state and federal courts declined to appoint counsel or to fund an evaluation of Charles’ mental health — a step necessary to raise a claim that he was incompetent and could not be executed. A state court judge told lawyers with the nonprofit Texas Defender Service that in order to be appointed and funded to represent Charles on an incompetency claim, they would have to show that Charles was currently incompetent. But in order to do that, the lawyers argued, they would need to be appointed and funded. “It’s this total bizarre, Catch-22-land,” said Kate Black, a TDS lawyer who worked on Charles’s case.

In the end, despite Charles’s history, no court intervened to determine whether he was legally sane enough to die. Instead, they cleared the way for his execution.

THE NUMBER OF MENTALLY ill people on death row is unknown, in part because it is a prison population not often studied. But there is no question that mental illness is a pervasive problem throughout the criminal justice system. Texas’s Harris County jail, where defendants from Houston and surrounding areas are detained, is the state’s single largest mental health care provider. Nationally, more than 50 percent of all jail and prison inmates suffer from mental health problems, a 2006 federal study found.

More than 20 percent of Texas’s death row prisoners reportedly have mental illness, although that number seems low to Black. “I don’t have any clients on death row who don’t suffer from some significant mental illness or mental impairment,” she said.

Exacerbating the problem is that death rows are incredibly isolated places: In Texas, prisoners are housed individually in 6-by-10-foot cells for 23 hours each day, conditions that are similar to those in most death penalty states. (In Idaho, according to the Death Penalty Information Center, prisoners spend a full 24 hours a day in their individual, solid-door cells.) For those who are already mentally ill, solitary confinement often makes prisoners’ illnesses worse, said Dr. Terry Kupers, a psychiatrist and professor at Berkeley’s Wright Institute. For those who aren’t already ill, the punishing isolation often leads to mental deterioration.

It is precisely this cyclical nature of mental illness that can make determining “competency” so difficult, particularly in the absence of consistent and effective mental health care, which can be hard to come by in prison. The piecemeal, if not lax, standard for determining who is too ill to die (or even too ill to face questioning by police, stand trial, or to represent themselves at trial) is troubling to both mental health experts and to lawyers who regularly handle death penalty cases.

“When we do a competency exam, it’s always competency to do such-and-such,” said Kupers. “And there are standards that are different. For instance, there is a standard for competency to stand trial; it’s spelled out legally. Then there’s another issue: if an individual wants to stand trial and act as their own attorney, then we have another level of competency,” he continued. “Well, the lowest standard there is is the standard to be executed — it’s just, basically, minimal.”

The ban on executing juveniles, those who committed their crimes prior to turning 18, is absolute. So is the ban on executing the intellectually disabled. The lack of a bright-line rule for determining who is too ill to die has resulted in a mishmash of expections that regularly lead to troubling results.

(It should be noted that while the ban on executing the intellectually disabled is absolute, that doesn’t mean standards developed by various states are uniformly robust, or even constitutional. For example, 13 years after the high court’s ruling, Texas has yet to enact a statute that would impose a predictable structure for determining mental retardation, and instead continues to use criteria developed by the state’s highest criminal court, known anecdotally as the Lennie Standard — a set of criteria for determining disability predicated on the mental abilities of fictional character Lennie Small from John Steinbeck’s novel Of Mice and Men.)

It is hard to know exactly how many death row inmates with serious mental illness have been executed, though Death Penalty Focus, an abolitionist group, reports that more than 60 mentally ill or retarded inmates have been executed since 1983.

Texas has a particularly questionable record: Under Gov. Rick Perry in 2004, the state executed Kelsey Patterson — a documented schizophrenic who believed he’d been granted a permanent stay of execution by Satan himself — despite a rare recommendation from the state’s Board of Pardons and Paroles to commute his sentence. Currently, the state remains unconvinced that Andre Thomas is too ill to die, even though Thomas clawed out both of his eyeballs, eating one of them, while incarcerated.

Today, Texas continues to fight for the right to execute Scott Panetti, even though it was in his case that the Supreme Court ruled in 2007 that an inmate must have some rational understanding of the underlying basis for his or her execution. Indeed, Panetti’s case exemplifies the relative ease with which the competency threshold can be breached. Panetti, who murdered his in-laws in 1992, is schizophrenic. Nonetheless, he was deemed competent to act as his own defense counsel at trial, where he dressed in a purple cowboy outfit and sought to subpoena Jesus Christ and Anne Bancroft (among nearly 200 others) to testify for his defense. Panetti has long said he believes that the state seeks to execute him for preaching “the gospel of the Lord King.” The state has argued that Panetti is merely malingering.

Crucially, as TDS attorney Burke Butler notes, Panetti’s case only made it to the Supreme Court because he had appointed counsel and the resources needed to raise his claim. In Charles’s case, while TDS lawyers had been appointed to handle his federal appeals and clemency bid, no lawyer had been appointed to look into his competency. Because a claim of incompetency cannot be raised until execution is imminent, it wasn’t until the months leading up to his execution that his appointed lawyers could even argue he should not be put to death on the basis of his mental illness. At that point, the newest information lawyers had regarding Charles’s mental state was roughly a decade old.

Lawyers for Charles sought court-appointment to investigate competency, as well as resources to conduct a full psychiatric assessment. But their requests were denied. According to Butler, the courts “essentially” said that “in order to be entitled to be appointed counsel and [a] neuropsychological evaluation, we need … to present evidence that could not be obtained without being appointed counsel and [given] a neuropsychological evaluation.” She called the circumstances “tragic,” as well as highlighting a “big constitutional gap.” The Supreme Court says incompetent prisoners can’t be executed, but “at the same time, apparently courts are not providing incompetent defendants the resources they need to show their incompetency, even in very compelling cases, like Mr. Charles’s.”

In the absence of a lower threshold to allow prisoners like Charles an opportunity to mount an incompetency claim, Black and Butler suggest, the Supreme Court should simply ban execution of the severely mentally ill. “And that’s kind of the argument we’ve been making in these cases,” says Black, “which is, listen, the same rationale that you used in [banning execution of the intellectually disabled] — which is that there’s no deterrent effect for someone who doesn’t understand it, these people are at risk for having terrible counsel and of not being able to help counsel — all those things are also true about the mentally ill.”