The U.S. military’s most elite command teams up with the private sector to build a science fiction suit. 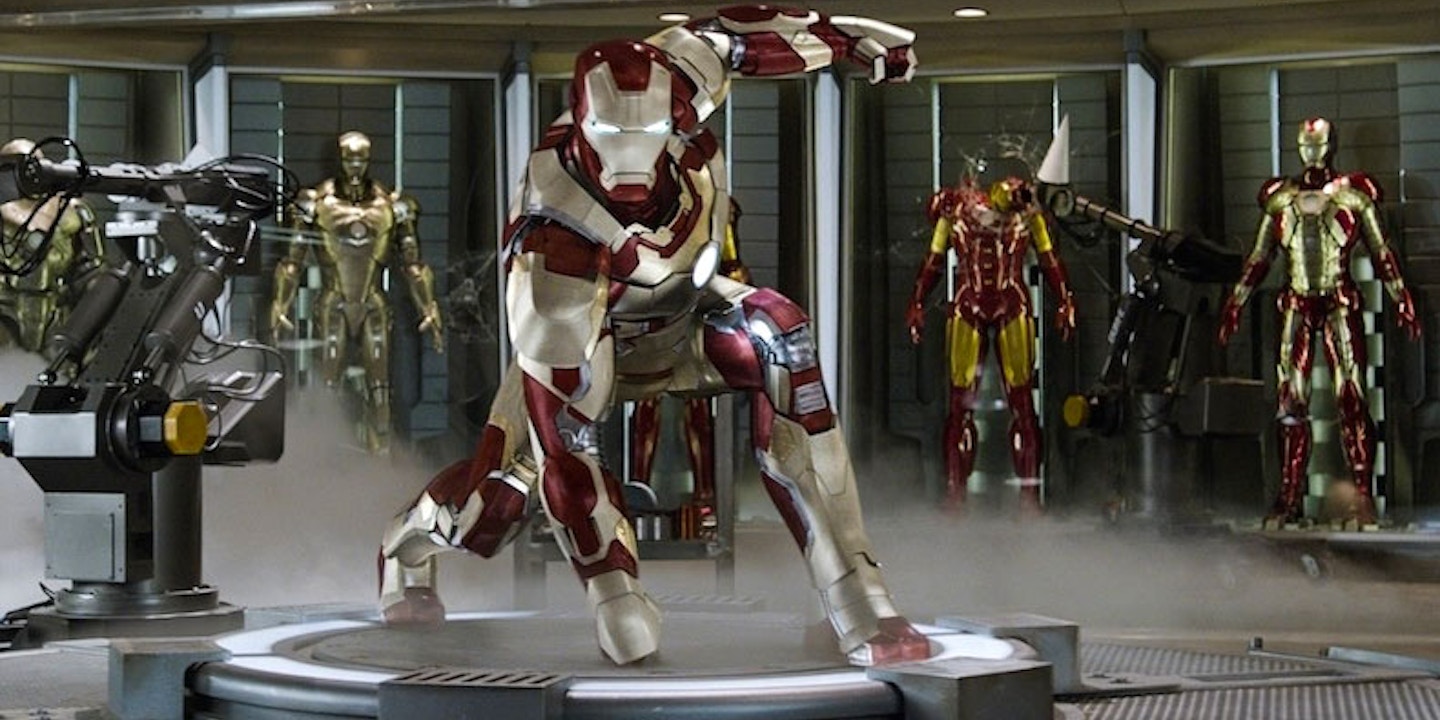 The U.S. military command in charge of special operations is betting tens of millions of dollars on a science fiction suit that would wrap troops in high-tech body armor and effectively afford them superhuman abilities.

But behind the scenes, critics continue to question whether the military’s “Iron Man” suit would ever be used in battle.

TALOS figured prominently in this year’s conference, which featured a large banner dedicated to the suit hanging above the expo floor. The banner depicted the May 2015 cover of National Defense magazine, which read, “SOCOM ‘Iron Man’ Suit: Pipe Dream or Reality?”

According to informational materials distributed at SOFIC, the military envisions TALOS as having half a dozen distinction functions that will integrate “state-of-the-art technologies into a single, purpose-built combat suit system.” Those areas include “the development of an exoskeleton system that provides full-body load transfer, while dramatically improving the physical performance of an operator,” as well as a “self-contained” power supply system. In 2013, retired Navy Admiral William McRaven, the former head of SOCOM, initially justified TALOS as a means to protect troops during raids, securing $80 million in allocated funds to make the mechanized dream a reality (according to the Wall Street Journal, a 2012 hostage rescue mission in Afghanistan that left one SEAL Team Six member dead was the impetus for the project). Two years later, TALOS is SOCOM’s “top-priority research and development initiative.” Research has included everything from the study of sumo wrestlers in action to the structure of armadillo shells.

In addition to an “integrated” weapons system and the best body armor money can buy, TALOS, according to the materials distributed at SOFIC, will also house “technologies for real-time physiological, cognitive and medical monitoring” and “cognitive interface systems to provide an exponential leap in situational awareness” — in other words, man and weaponized robo-suit shall become one, fused together in body and mind.

The military is aiming to have a fully functional prototype of the suit up and running by August 2018. There are growing doubts, however, and a sense that the evolution of the project has become a symbol of wild and unnecessary Pentagon spending.

“The program started when McRaven was at SOFIC and said he wanted something that would prevent our first man through the door/door breacher from catching one in the face and taking a long dirt nap,” Jack Murphy, a veteran of the U.S. army’s 75th Ranger Regiment and 5th Special Forces Group, as well as editor-in-chief of the special operations news site SofRep.com, told The Intercept. “It is a serious concern and something worth trying to find a solution to, but from there it morphed into this Iron Man suit project that no one was actually asking for.”

Last year, the website Defense Tech reported that beyond the $80 million already allocated for TALOS, “the program will likely cost hundreds of millions more to perfect the sophisticated technology.” Former Republican Senator Tom Coburn included the project in his 2014 “Wastebook” — a collection of government programs that Coburn, a noted fan of austerity, considers wasteful. Referring to estimates that TALOS would cost far more than SOCOM has been allocated, Coburn wrote, “That sentiment perfectly describes the problem with the military industrial complex — they really honestly probably could not develop a pencil for DOD for only $20 million.”

The House Armed Services Committee has also expressed doubts. In 2014, the panel reported it was “concerned” that SOCOM is “funding outside private sector research, and that overall efforts lack proper coordination and oversight, systems integration and collaboration, and prototype evaluation.”

Despite the concerns, the prospect of a robotic super suit has generated excitement in certain corners of government.

“I am here to announce that we are building Iron Man,” President Obama told the media at an innovation summit last year. “I’m going to blast off in a second,” the president joked, adding that, “This has been a secret project we’ve been working on for a long time. Not really. Maybe. It’s classified.”

The comparison is hard to resist. Iron Man is the Cold War brainchild of comic book legend Stan Lee that has featured the fictional Tony Stark as a wealthy superhero playboy. Stark leverages multi-billion dollar defense technology contracts as a force for fighting evildoers by building himself a space-age flying suit that shoots energy blasts from its palms.

Back in the real world, SOCOM is offering up its own high-dollar prizes to the private sector — as well as academia and Hollywood special effects designers — to deploy exoskeleton-clad super soldiers against the United States’ enemies around the world.

The Iron Man comparison only goes so far though. As National Defense noted in its May cover story, freedom of movement and image latency — the time lag to when the wearer sees something, resulting from the suit’s fully encapsulated helmet — remain key challenges.

According to some estimates, the TALOS suit could weigh up to 400 pounds, meaning it will require significant power in order to operate. Whereas Stark’s Iron Man suit is powered by science fiction technology, specifically the “arc reactor,” the TALOS suit, should it ever exist, will require a real power source — a problem SOCOM has yet to solve.

In a series of SOFIC sessions held over three days, SOCOM sought to address these challenges by soliciting solutions from enterprising companies seeking a piece of the high-profile project. Day after day, members of the defense industry crammed into a conference room on the bottom floor of the convention center to make their pitches — describing solutions in biomechanical modeling, hybrid electric power, flexible body armor, laser eye protection and more.

Affixed to a sign on the podium where the prospective contractors spoke, in all caps, were the words, “NO PHOTOS OR VIDEOS.” At the back of the room, a tall, thin flat-screen monitor featured a TALOS visual interactive. While SOCOM has yet to settle on a preliminary sketch of the suit — at least publicly — the figure on the screen looked less like Iron Man and more like the main character from Halo, the popular first person shooter video game, including a broader helmet, bulkier body armor and a rifle — and no palm blasters.

When TALOS was first announced in 2013, SOCOM released an animated video featuring a heavily armored figure bursting through door. Dozens of shots bounce off the armor with no effect. The promotional video served as a curtain raiser for the ambitious project.

Murphy, the special operations veteran and journalist, says the TALOS program has suffered from a lack of substantive input from actual operators, and the complexity of Army weapons buyers. Oftentimes, in the development of high-tech military gear, there are “too many hands in the pie and you end up with a watered down piece of crap that no one is happy with,” he says.

“This isn’t just with TALOS, it happens on many, many SOF programs,” Murphy says. “The troops will request something and by the time it works its way up the chain and everyone gets their hands into it, then it gets fielded back to the soldier, they are looking at it like, ‘we never asked for this thing!’”