Kim Kardashian used her celebrity to draw attention to the Armenian Genocide, but that didn’t stop her from praising Hillary Clinton, who called it genocide to get votes, but not when it mattered. 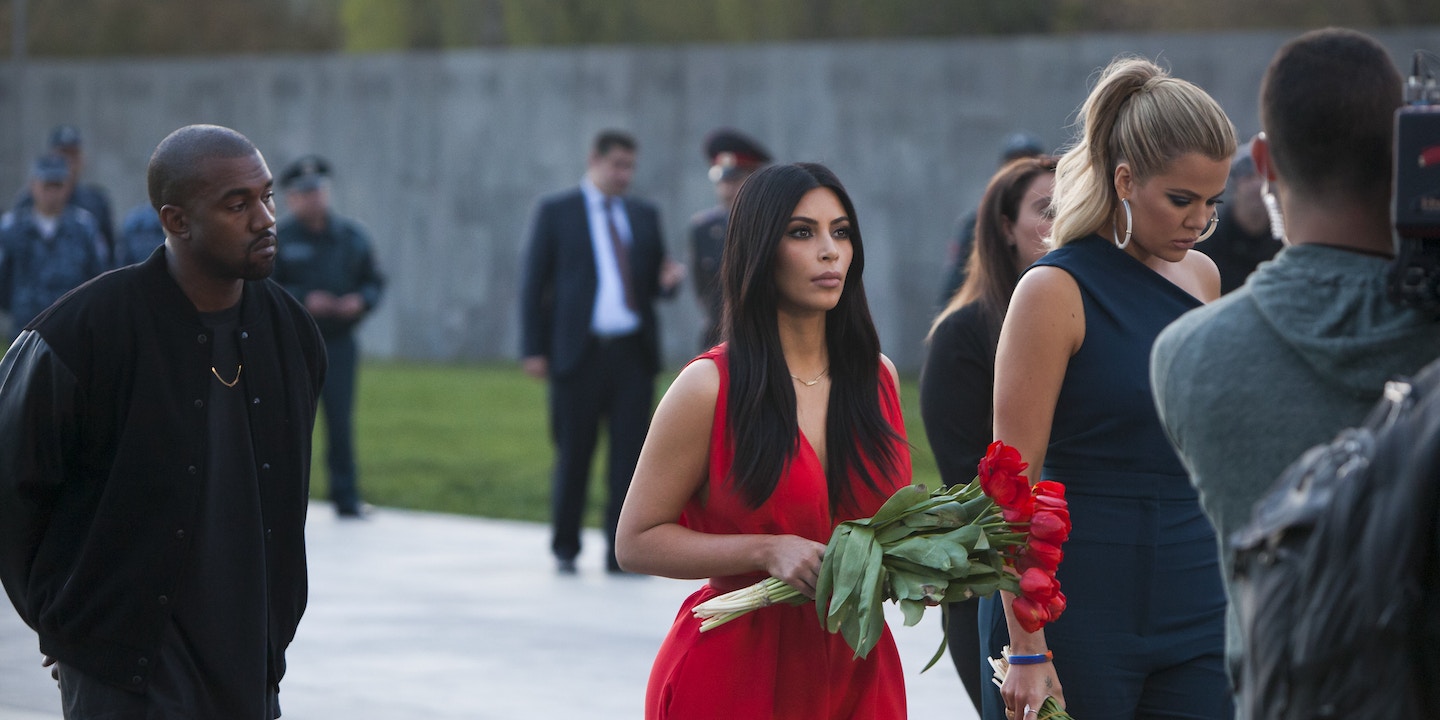 It turns out Kim Kardashian isn’t as politically sophisticated as I’d hoped.

Kardashian’s father, Robert, was Armenian, and I was impressed when she traveled to Armenia with Kanye West in a blaze of publicity this past April 24 to mark the 100th anniversary of the start of the Armenian Genocide. At the same time she wrote a piece for Time describing her father’s family’s escape from Armenia and her deep disappointment that Obama had broken his iron-clad promise to call what happened there genocide.

There aren’t many celebrities who’ll stick their necks out on anything at all, so this was brave, even though it’s unlikely that talking about the Armenian Genocide will screw up your endorsement deal with Carl’s Jr.

So I’m bummed out to see Kardashian kvelling about her selfie with Hillary Clinton at a Hollywood fundraiser Thursday night. Just like President Obama, Clinton has cynically abused the trust of Armenian-Americans by calling it genocide when she was looking for votes, but not when it mattered.

I got my selfie!!! I really loved hearing her speak & hearing her goals for our country! #HillaryForPresident pic.twitter.com/zGpdcGSZBD

While she was senator from New York, Clinton was a co-sponsor of a resolution recognizing the Armenian Genocide. And when she ran for president in 2008 she issued this statement:

I believe the horrible events perpetrated by the Ottoman Empire against Armenians constitute a clear case of genocide. … Our common morality and our nation’s credibility as a voice for human rights challenge us to ensure that the Armenian Genocide be recognized and remembered by the Congress and the President of the United States.

So Clinton knows exactly what happened. But once she became secretary of state she turned on a dime, explaining in 2010 that she was “working very hard” to stop Congress from recognizing the genocide. She also said things like this in response to a question from her own employee at the State Department:

Q: Regarding the atrocities that happened in the beginning of the 20th century that some would label the Armenian genocide, I am wondering why it is that we do not recognize it as such … ?

CLINTON: This has always been viewed, and I think properly so, as a matter of historical debate and conclusions rather than political. … To try to use government power to resolve historical issues, I think, opens a door that is a very dangerous one to go through.

Clinton didn’t actually say that it was not genocide, but calling it an open question is tantamount to complicity with Turkey’s genocide denial.

Kardashian reportedly paid $2,700 to go to the Clinton fundraiser at the house of Justin Bieber’s manager. She hasn’t said anything on social media about challenging Clinton when she met her.

So this is very disappointing.

Now all my hopes rest on Honey Boo Boo.