Report: Matching Funds Would Give Huge Boost to Sanders, Cruz and Carson 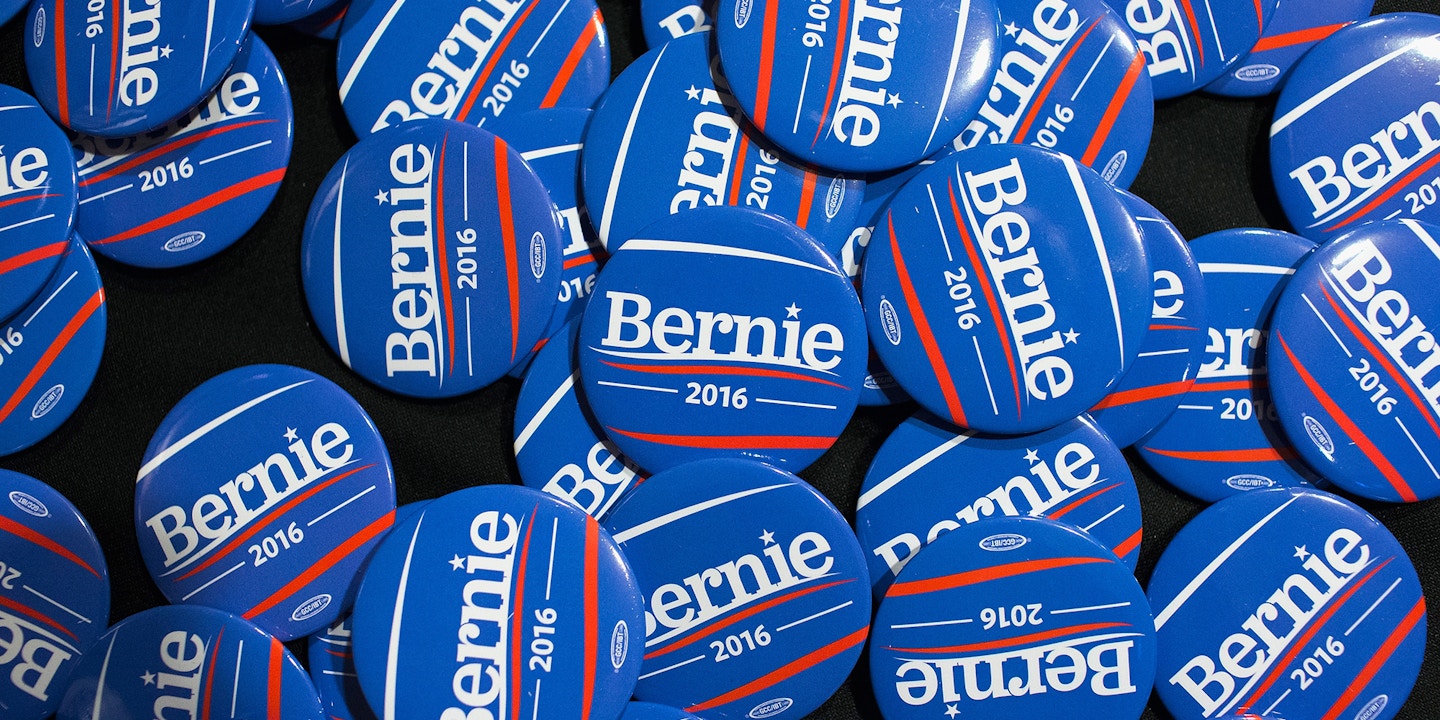 A system of public matching funds for small donors would have transformed the financial terrain of the current presidential race, concludes a new report by U.S. PIRG, the federation of state Public Interest Research Groups.

With such a system, the Bernie Sanders campaign would have more money on hand than Hillary Clinton’s. And the Ted Cruz and Ben Carson campaigns would have far, far more cash than Jeb Bush’s.

In fact, the matching funds would provide so much extra money to Sanders, Cruz and Carson that they would be competitive in the money race even when Super PACs are taken into account.

The U.S. PIRG report assumes that to receive matching funds candidates would be required to take donations of no more than $200 from any individual. The matching funds would be provided at a 6 to 1 ratio; e.g., if an individual gave the Sanders campaign $100, the federal government would provide another $600, and Sanders would receive a total of $700. This is similar to the most established matching funds system currently in existence in the U.S., that of New York City.

As the graph below shows, the Clinton campaign has raised $45.7 million as of June 30, the most of any candidate, and the Sanders campaign has raised just $13.6 million. However, 77 percent of contributions toward Sanders have been $200 or less, compared to just 18 percent of contributions toward Clinton. Sanders would therefore receive more than Clinton in matching funds: $69.6 million for Sanders compared to $43.7 million for Clinton. The total Sanders would raise under a matching system would be $83.2 million, just behind Clinton at $89.4 million.

A similar dynamic would hold in the Republican race, where the Bush, Carson and Cruz campaigns have each raised just over $10 million. However, so much of Bush’s haul has come from donors giving the $2,700 maximum that he would actually lose money if he participated in a matching system. By contrast, Carson would get $47.8 million in matching funds, and Cruz would receive $37.6 million. In fact, as the next graph shows, even when the unlimited contributions collected by the affiliated Super PACs are added in, candidates such as Sanders, Cruz and Carson who’ve cultivated a significant small donor base would still be quite competitive. (The graph also shows $103 million of the donations supporting Bush to date — almost 85 percent of his total — have gone to the Right to Rise USA Super PAC rather than his campaign. Meanwhile, Carson and Sanders have little and no Super PAC support, respectively.) 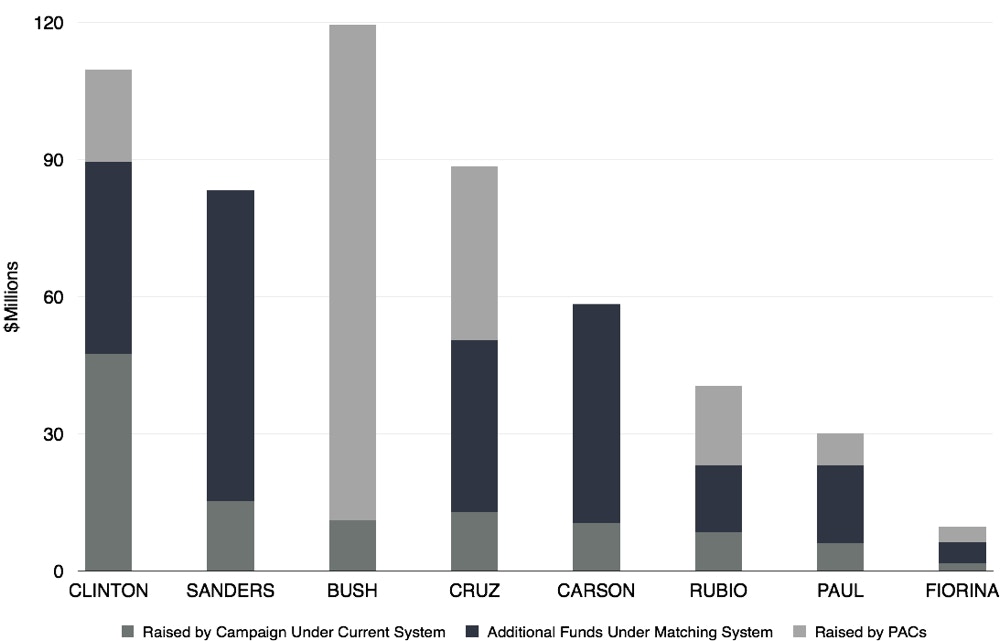 The Democratic Party has recently coalesced in support of a public matching fund system, with 153 of the 188 Democrats in the House of Representatives endorsing a bill establishing such a system, along with  19 of the 44 Democratic senators plus Sanders. Clinton has made it part of her presidential campaign. The logic behind matching funds is straightforward: Given that the Supreme Court has struck down most limits on contributions by the top 0.1 percent — and may eliminate those that remain — reformers should focus instead on amplifying the impact of smaller donations by the bottom 99.9 percent.

And the U.S. PIRG report indicates that such a system would work exactly as intended for the 2016 presidential race: 67 percent of all funds raised so far by candidates have come from donors giving over $200, but with a matching fund system, those same donors — due to the $200 upper limit and the matching funds for smaller donors  — would only be able to provide 26 percent of the total.

According to the study’s author, U.S. PIRG’s Dan Smith, “A small donor matching system would put democracy back in the hands of ordinary Americans.” The evidence suggests that he’s likely right.