Despite being dogged with questions about her ties to Wall Street, Clinton will take a detour from the campaign trail in Iowa to raise money from the finance industry. 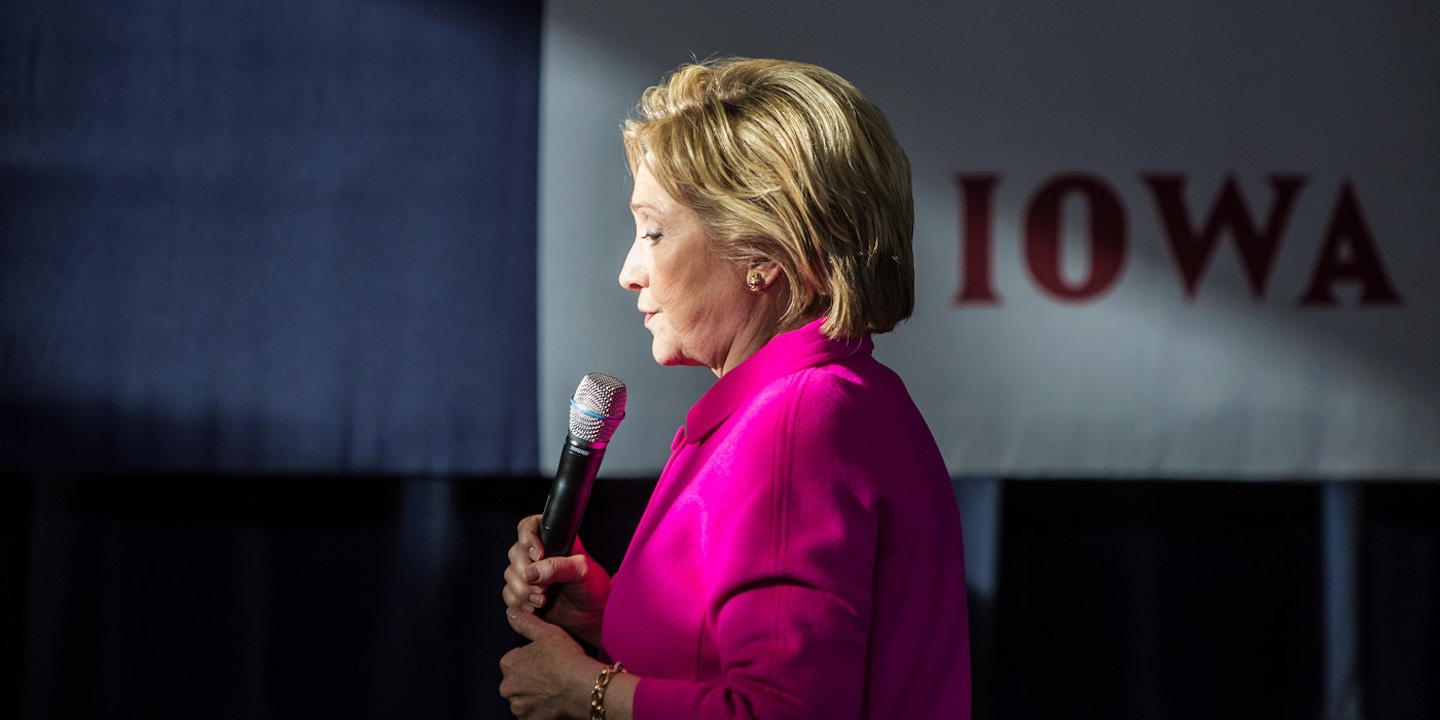 (UPDATE: The Hillary Clinton campaign has postponed a New York City fundraiser scheduled for Thursday until Feb. 16, according to Marisa Faltelson, New York finance co-director at Hillary for America. This story, previously headlined “Hillary Clinton Doing Back-to-Back Finance Industry Fundraisers Just Before Iowa,” has been updated to reflect the postponement.)

Despite being dogged with questions about her ties to Wall Street, Hillary Clinton will take a detour from the campaign trail in Iowa to do a finance industry fundraiser on Wednesday.

Clinton will appear in Philadelphia at a “gala” fundraiser hosted by executives at Franklin Square Capital Partners, a $17 billion investment fund. Rocker Bon Jovi will reportedly play an acoustic set for “friends” who pledge $1,000 and hosts who bundle up to $27,000. (Giancarlo Stefanoni, a Clinton campaign staffer, confirmed that as of Tuesday afternoon, the event is still on.)

Clinton was then scheduled to head to New York City on Thursday, where she was to speak at a lunchtime “Conversations With Hillary” fundraiser, now set for next month. This one is co-hosted by Matt Mallow, a senior managing director and general counsel at BlackRock, the world’s largest asset management firm. As we’ve reported before, having a conversation with Hillary is not cheap.

BlackRock’s ties to Clinton go particularly deep: Cheryl Mills, one of Clinton’s closest advisers at the State Department, sits on BlackRock’s board, and perhaps not surprisingly, Clinton’s plans for the industry align with the company’s financial strategy.

As David Dayen wrote for The Intercept, the company “buys and holds most of its investments, meaning that any policy punishing short-term capital gains and rewarding longer-term strategies would personally benefit the firm. … You could see Clinton’s proposals [to limit high-frequency trading] as clearing much of the competition to BlackRock’s asset management business.”

While Clinton certainly has an interest in raising money for her campaign, the organizers are banking on less government regulations in the future.

One of Franklin Square Capital’s investment funds, the FS Energy & Power Fund, is heavily invested in fossil fuel companies, including offshore oil drilling and fracking. A disclosure posted by the company cautions that “changes to laws and increased regulation or restrictions on the use of hydraulic fracturing may adversely impact” the fund’s performance. As secretary of state, Clinton worked to spread fracking around the world.