Homegrown, an HBO documentary, explores the case of Shifa Sadequee, arrested at 19 and sentenced to 17 years in prison for online statements and translations. 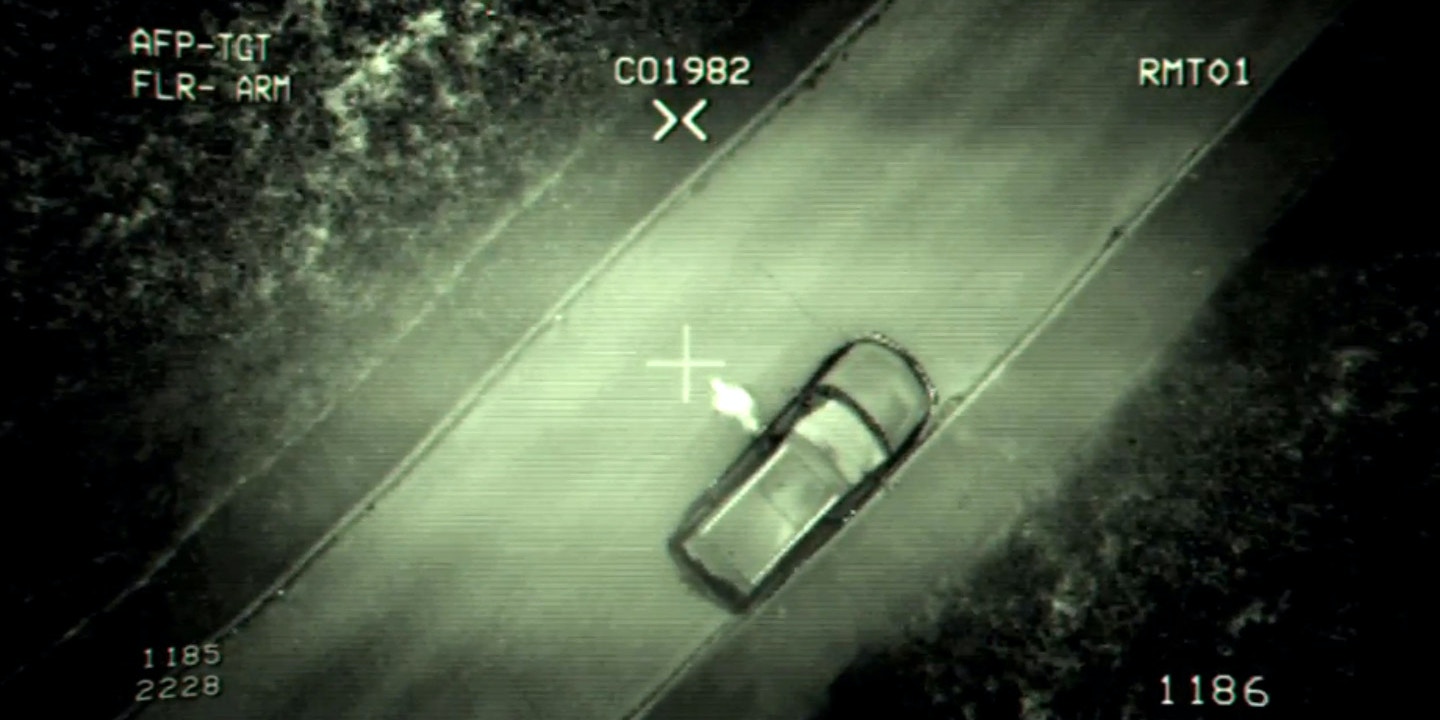 IN AN EARLY SCENE from the HBO documentary Homegrown, an FBI agent describes his angst while tracking a teenager’s engagement in the online jihadi world. “You almost want to pick up the phone and say, ‘Son, don’t do this,’” the agent reflects. The teenager in question was Shifa Sadequee, a 19-year-old who was arrested on terrorism charges in 2006. Following a 2009 trial in which Sadequee represented himself, he was sentenced to 17 years in prison plus an additional 30 years of supervision.

The ethical issues involved in preventive counterterrorism cases like Sadequee’s are the theme behind much of Homegrown. Following 9/11, law enforcement agencies were given a mandate to halt terrorist acts before they occurred, rather than investigate crimes after the fact. This directive inevitably gave rise to some disturbing ethical questions. When is it acceptable to arrest someone for a crime they haven’t actually committed, but you think they might commit in the future? At what point do a teenager’s online postings turn into a terrorism offense? 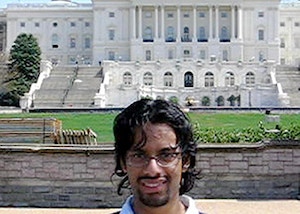 Born in Virginia to parents from Bangladesh, Sadequee was raised largely in suburban Georgia. In the years leading up to his arrest, during his early and mid-teens, he was the subject of intense online surveillance by law enforcement. Around the age of 16, Sadequee became involved online with a group of young men who had been translating jihadi material into English. The men were generally not in direct contact, and were scattered in different countries around the English-speaking world. Online, some of them expressed support for terrorist groups and made threats of future violence.

In real life, Sadequee was a socially awkward teenager growing up in a broken home. But in the virtual world, he used his language skills and scholarly demeanor to become something of a respected figure, making friends and contacts throughout North America and Europe. As time went on, Sadequee began immersing himself more deeply in this new community.

In 2005, he and another young man, Syed Haris Ahmed, made a trip to Toronto to meet with a group of men they had befriended online, several of whom were later arrested in a separate terrorism sting. Roughly a month after that visit, Sadequee and Ahmed traveled to Washington, D.C., where they made a “casing video” of major landmarks in the city. While providing limited strategic value, the videos were deeply provocative. In footage shown on Homegrown, Sadequee and Ahmed pan a camera across the Pentagon and White House while making threatening comments. The video they made was later alleged by the government to have been created for online propaganda, rather than as preparation for a specific attack. The footage was played at trial as evidence of their intent to support terrorism.

After this trip, while Sadequee’s online persona grew more fearsome, his real life continued along the path his family had expected of him. At 19, Sadequee traveled to Bangladesh to get married. But just days after his wedding, he was abducted by plainclothes Bengali police officers off the streets of Dhaka and extradited to the United States. For the next several years, he was held in pre-trial solitary confinement, an experience that had an emotionally traumatic effect on him. His lawyers and family also say that Sadequee suffered repeated assaults and psychological abuse while awaiting trial.

In 2009, Sadequee was tried, convicted, and sentenced to a 17-year federal sentence. But even after receiving that harsh sentence, the irksome fact remained that Sadequee had never actually committed an act of terrorism. The allegations against him amounted to statements and translations he had made online as a teenager. At his trial, Sadequee said that these online activities were “just talk,” and were never intended to manifest in an act of violence.

“Shifa was never accused of making any specific threat or plot. The government didn’t even have to prove that he did anything, just that he had the intent, which they did using his online chats and translation activities,” says Khurrum Wahid, who served as Sadequee’s stand-by counsel during the trial and who also appears in Homegrown. “It goes down to the issue of what you do when you come across a teenager making provocative statements online. As a society, is it our responsibility to string them along and send them to jail?”

Wahid is outraged about the government’s handling of Sadequee’s case and those of other young people that involve preventive policing. “In no other context would we accept that we arrest and jail people for further actions that haven’t happened,” he says. “The right solution in cases of teenagers like Shifa might be to call the families and do an intervention, which is what would happen in any other case. But for some reason, we decide that terrorism is different.”

Sadequee was not arrested until the age of 19, but it appears that the government had been surveilling him closely for many years before that. Among the accusations against him were that he had sought to join the Taliban in December 2001. At that time, Sadequee would have been 15 years old.

Mubin Shaikh, a specialist on counterterrorism and former undercover agent, infiltrated Sadequee’s group of Toronto friends a few months after his 2005 visit to Canada. Although torn about sending young men in terror cases to prison for extended terms, Shaikh says that law enforcement often has little choice. “The dilemma is, What happens when you’re watching someone and you blow the undercover part and confront them with their family in their homes? A suspect might remain committed to a plot, and then go alert his co-conspirators to derail a broader investigation,” he says. Shaikh further notes that were an individual to go on and commit a criminal act after a failed intervention, public criticism would inevitably fall upon law enforcement for failing to stop someone who was “known to authorities.”

“Perhaps a third option could be to provide counseling in prison to help reduce their sentence once incarcerated,” he says. “But it’s not clear if Western institutions are even prepared for such programs yet.”

Over roughly 90 minutes, Homegrown discusses the case of Sadequee, as well as others like Fort Hood shooter Nidal Hasan Malik, from the perspective of law enforcement, local communities, and the families of the accused. As a film, it succeeds in offering a more nuanced take on the subject of radicalization than many other mainstream productions. Over generic footage of Muslim Americans going about their lives, the film airs voiceovers from counterterrorism officials describing the threat of terrorism as wildly overblown in the public imagination. Left unspoken, however, is the somewhat underwhelming nature of even those “terrorists” who do end up being identified and apprehended in the United States today.

Since the rise of the Islamic State, a steadily increasing number of young men similar in profile to Sadequee have been arrested due to statements and postings they’ve made online. A report issued this week by George Washington University’s Program on Extremism found that since March 2014, 84 individuals, mostly young men, have been arrested in the United States for allegedly supporting ISIS. Some, like Khalil Abu Rayyan, 21, were seemingly disturbed young men who thought they were interacting online with friends or potential love interests. Others, like John T. Booker, had well-documented histories of mental illness before their postings brought them to the attention of authorities. In many of the cases, it seems highly questionable whether the individuals involved had the capacity to commit a crime without the assistance of law enforcement.

In the film, Sadequee’s older sister Sharmin emerges as a powerful advocate on his behalf. Since his arrest and incarceration, she and her sister have devoted themselves to his case, as well as to the cases of other young men whom they say have been railroaded by law enforcement agencies.

“We are a family who learned firsthand how the counterterrorism industry actively seeks to destroy innocent people with manufactured terrorism cases,” Sharmin Sadequee told The Intercept. “The government conceded at his trial that there was no plot or plan of a plot to harm anyone or anything. So why is Shifa in prison for 10 years? These types of cases are used to assault us with fear and hysteria and silence us from protesting our government’s wars abroad.”