Moonves is now pointing with delight to all the money down-ballot Republicans will spend to distance themselves from their party’s standard-bearer. 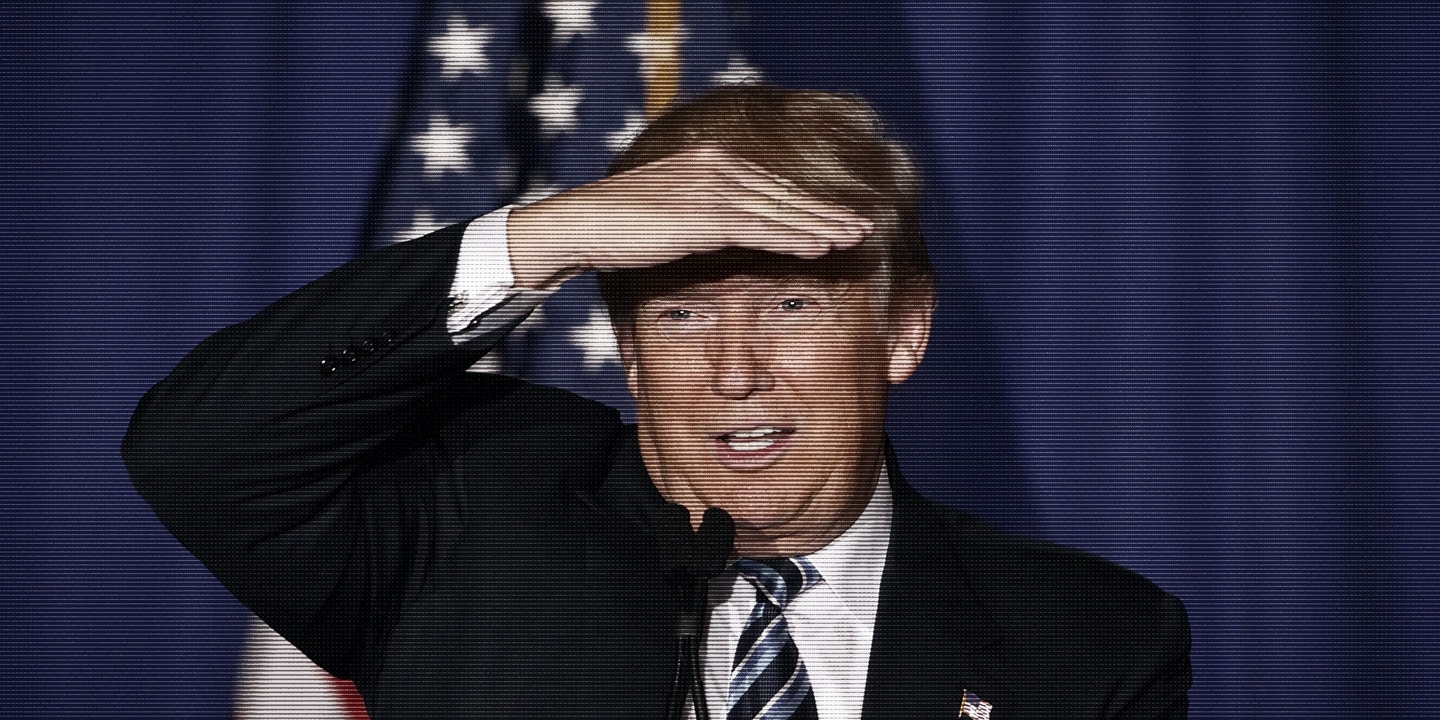 CBS chief Les Moonves famously cheered “Go Donald!” during an investor call in December, and in February said Donald Trump’s campaign “may not be good for America, but it’s damn good for CBS.”

Countering concerns in the media industry that Trump may not spend as much campaign money on TV commercials as a traditional major-party nominee, Moonves is pointing with delight to all the money down-ballot Republicans will spend to distance themselves from their party’s standard-bearer.

“There may be some Republican candidates that — local senators and governors — who are going to have to spend more money, because let’s put it this way, they may not be absolutely in sync with the national ticket,” Moonves said at the Deutsche Bank Media, Internet & Telecom Conference last week. “So there may be more money that way.”

Moonves reaffirmed that the 2016 campaign season is still set to be a “record-breaking” year for political spending on TV.

“I’d be surprised if we don’t see a new high-water mark,” he said. “This is a pretty interesting year. I’m going to be careful what I said because I got in trouble last week for saying something that got misconstrued about Mr. Trump. All I said was he’s very good for ratings, put it that way.”

Ratings are way up in the debates and that means extra money and political advertising. If you notice, there’s a whole new batch of advertising being spent right now, the political situation is very strong and I think it will remain so the rest of the year. It obviously helps our local stations a lot. We have a lot of stations in key markets, and so we are looking forward to this year as to be a year that delivers a lot of political advertising.

Listen to Moonves’s comments at the conference below:

Bryan Kraft, an analyst with Deustche Bank, raised the possibility that Trump will buck the tradition of candidates dumping large amounts of campaign money on TV. “There’s some concern out there that if Trump is a Republican nominee, that he’ll spend less on TV, because of his effective utilization of both social media, as well as just the cable news,” said Kraft.

According to data compiled by mediaQuant, a company that tracks media coverage, Trump has benefited from nearly $2 billion worth of media attention, far outpacing coverage of any other candidate in the presidential election.

Perhaps for that reason, Trump has spent far less on campaign ads than other leading candidates. Jeb Bush, who suspended his campaign after a dismal showing, spent $82 million on television advertisements compared to Trump’s $10 million through February.

Media executives have been delighted about the onslaught of political advertisement spending for the 2016 campaign season. There are estimates there will be at least $5 billion in campaign spending this year, with much of that money going to television, radio, and internet advertising. The role of Super PACs in the presidential and key congressional races is seen as a driver for the increased spending.

In a recent column in the Los Angeles Times, Michael Hiltzik called Moonves’s gleeful view of the carnivalesque presidential debate crass and cynical. The television networks have largely ignored the candidacy of Bernie Sanders, and refused to cover major speeches by Hillary Clinton, John Kasich, and others. “The question today is whether the commercial impulses of TV are interfering with the imperatives of democracy,” Hiltzik wrote.

“No TV executive has been heard to argue that the wall-to-wall coverage of Donald Trump has anything to do with the profundity of his policy statements, which barely exist at all,” Hiltzik continued. “It’s all about the possibility that he’ll do something outrageous.”