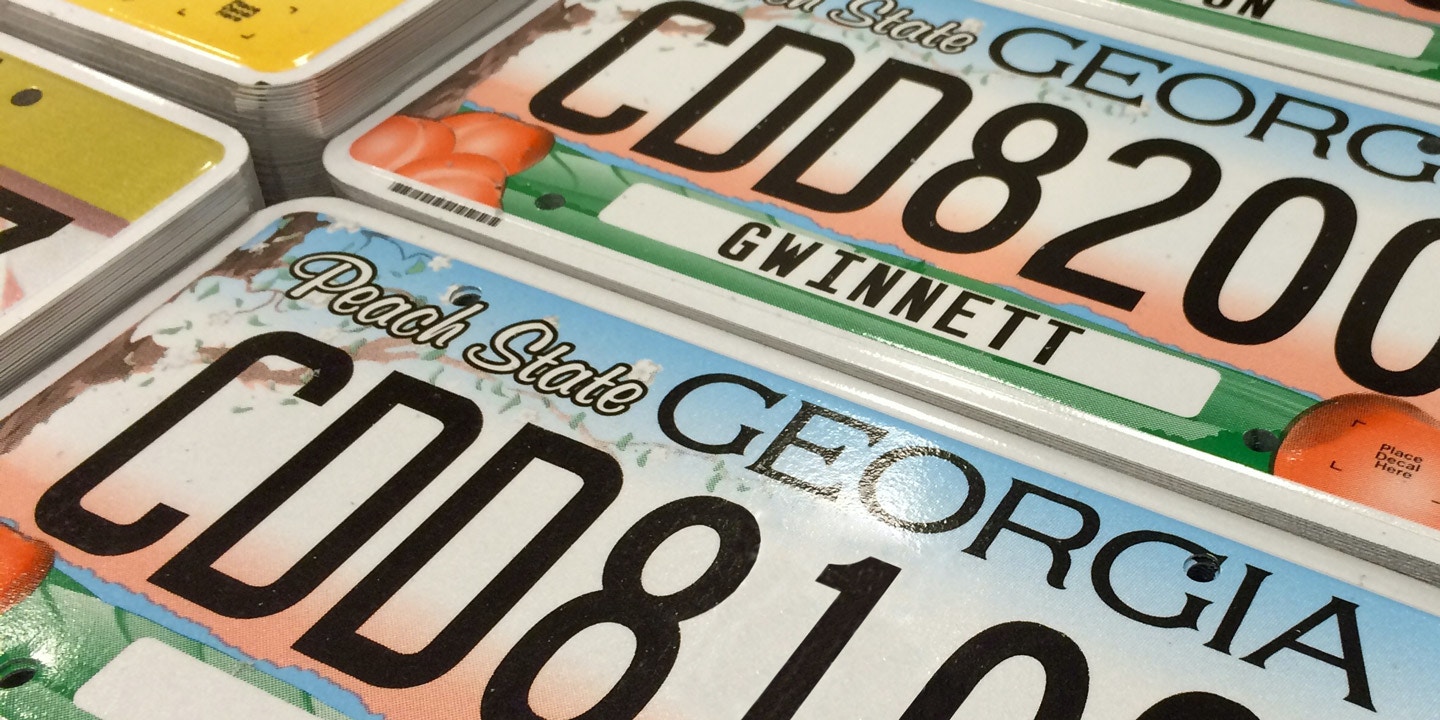 A GEORGIA LAW aimed at keeping unlicensed drivers off the streets is having a disproportionate impact on black and Latino communities in the state, sweeping them into a cycle of debt and criminalization that feeds local counties’ budgets while putting otherwise law-abiding undocumented immigrants at risk of deportation.

Under the law, drivers face felony charges if they are caught driving without a license four times within five years. Violators face up to five years in prison and fines between $2,500 and $5,000. Ostensibly passed to promote public safety, the “felony driving law” has been discriminatively applied to communities of color, leading to remarkably disproportionate arrests of blacks and Latinos in at least three majority white counties in the state, according to a report published today by the Georgia Latino Alliance for Human Rights (GLAHR) and Advancement Project, a D.C.-based civil rights organization.

Undocumented immigrants cannot legally obtain driver’s licenses in Georgia, and critics say the bill, signed in 2008, was one of many passed by states to restrict immigration. But by lumping unlicensed driving and driving with a suspended license under the same category, the law has also swept up a significant number of African-Americans in a state that already had one of the country’s highest incarceration rates.

“Even though the law was written to specifically target unlicensed immigrants, because of the way that they created this large category for a felony conviction, they also are pulling in a lot of African-Americans,” said Flavia Jiménez, a lawyer at Advancement Project and a lead researcher on the report. “That’s the danger of mixing these overly harsh criminal laws with immigration enforcement.”

After being alerted to the growing number of arrests for unlicensed driving by an immigration hotline, researchers obtained public arrest records for Fayette County, Houston County, and Roswell City. They found that Latinos and blacks in these counties make up a minority of the population but the overwhelming majority of those arrested under this law. The researchers said that traffic stops, often over broken taillights, failure to signal, or other minor infractions, revealed a clear pattern of racial profiling and a readiness to penalize people who have not committed any crimes other than unlicensed driving.

In the Latino community, in particular, where many families comprise U.S. citizens as well as documented and undocumented immigrants, encounters with law enforcement have become a source of terror.

In one incident described in the report, an undocumented man driving with his three daughters was threatened by an armed man who quickly fled the scene. When one of the girls called police, officers asked her father for his driver’s license. When he couldn’t provide it, police arrested the man in front of his children.

That kind of experience is something Latino and black residents, undocumented or not, share all too often. When the law was first proposed, in January 2008, black legislators voted against it, fearing racial bias in its application.

“I have a certain sensitivity to racial profiling, or as they say in the community, ‘driving while black,’” Sen. Emanuel Jones told local reporters at the time. “I’ve been pulled over for no reason other than I’m driving in a new car and I happen to be black.”

“How can I explain to my constituents that I just made it easier for this to be a felony?”

“Our worst nightmare has come true,” he told The Intercept when he learned of the report’s findings.

Concerns about racial profiling proved to be well-founded

“It’s pretty clear that the way that this law is being enforced is targeting individuals whom these police officers absolutely know are undocumented. They know they don’t have driver’s licenses, they know they have families to feed,” Jiménez said, pointing to the lack of public transportation alternatives. “Families really feel under attack, they feel very much harassed.”

Houston County only records the ethnicity of those arrested as black or white, leaving investigators to estimate the number of Latinos affected by looking at their last names. “They don’t even see the racial profiling as an issue,” Jiménez said. There, it’s mostly African-Americans, who make up 28.15 percent of the population and 64.96 percent of the “felony driving” arrests, who bear the brunt of the law.

“What happened is that a law that was intended to have a discriminatory impact on one group, had a discriminatory impact on another group,” Francys Johnson, an attorney and the president of the NAACP’s Georgia chapter, told The Intercept. “That should not surprise anyone. This is part of a scheme of laws designed to target immigrants in Georgia, designed to foster a climate that sends a strong message to immigrants that you’re not welcome. And African-Americans know well that message, we operated under Jim Crow laws for years.”

“What this also does is continue to drive a wedge between these communities and law enforcement,” he added. “When you have a policy that’s not designed to serve and protect but rather to target a group, it should not be any surprise to people that this law should also drive the community and the police further and further apart.”

Officials for Houston County and Roswell City did not respond to requests for comment. Randy Ognio, vice chairman of Fayette County’s board of commissioners, said he was not aware of the report’s findings but didn’t think the law was being applied “disproportionately.”

“If they are driving without a license, and they get caught so many times, whether it’s Hispanic, white, black or whoever, they’re gonna get a felony on their record,” he told The Intercept.

For undocumented immigrants with no access to legal licenses, any traffic stop is a cause for concern, but a felony conviction risks setting deportation procedures in motion.

“This includes aliens convicted of an offense classified as a felony in the convicting jurisdiction, other than a state or local offense for which an essential element was the alien’s immigration status,” Bryan D. Cox, a spokesperson for the agency, told The Intercept in a statement. Driving without a license does not count as an immigration-related offense, even though immigration status is the reason why undocumented drivers can’t obtain licenses in the first place.

The ICE memo also called for “prosecutorial discretion” and consideration for individual circumstances while responding to violations, but advocates like Jiménez maintain that those with a mere driving violation, even when classified as a felony, are not criminals and should never fall under those priorities.

In one case documented by the report, a woman said that her husband was deported after being arrested for driving without a license, leaving behind three children who are U.S. citizens. He had no other criminal history. When local immigration advocates became aware of similar cases, they lobbied enforcement officials, pointing to the harshness of the Georgia law, and successfully obtained the release of the individuals involved, Jiménez said. “But it’s unclear how many people have fallen through the cracks.”

Ignacio Portillo, an undocumented father of four who owns a small construction business, just hit his third strike yesterday, when he was pulled over for “failure to dim headlights” and arrested for driving without a license. The previous two times, he had been fined and sentenced to spend several weekends in jail, where along with several other Latino men, he was put to work on construction projects.

Portillo, who is from Mexico and has lived in the U.S. for 16 years, said he moved to Georgia from Texas to start his business and send his children — including two U.S. citizens — to better schools. But since moving there, he has experienced more discrimination. He was released yesterday after his wife paid $1,408.75. He said being unable to drive would put him out of work.

“I am very stressed, very scared; sometimes the rules are not fair,” he told The Intercept. “You feel very powerless. You work for your kids, for your wife, your house. And when the police stop you, they charge you so much money, as if you were a doctor or a lawyer. … We don’t have that kind of money.”

The fines, though a significant burden, are nothing compared to the risk of deportation.

“There’s always the fear; we don’t want to leave our family alone,” he said. “We have dedicated a big part of our life to the U.S., working. We should have a right to have a license and residency. Our life is our work.”

“There are people who rape kids, who steal, who sell drugs. [Police] have a badge and a gun, why don’t they use them to get these people?” he added. “Why do they go after someone who’s just working every day?” Statutes such as Georgia’s felony driving law are partially a response to federal inaction on immigration reform. In Georgia, efforts to target immigrants have been “unprecedented,” according to a 2014 report by the Georgia ACLU. Between 2007 and 2013, immigration arrests in the state increased by 953 percent, a change that reflected a dramatic increase in enforcement and growing collaboration between local agencies and ICE.

“This is where we need federal leadership, immigration should be a federal prerogative,” said Johnson. “We don’t need to use state law to drive some policy agenda relating to immigration.”

But deportation is not the only risk unlicensed drivers face. Many are regularly sentenced to jail time, probation, and hefty fines — in a pattern of local governments funding their operations on the backs of low-income citizens that’s come under nationwide scrutiny in recent months.

Of the three Georgia counties surveyed by the report, only Houston County disclosed the revenue collected through enforcement of the felony driving law: $6 million over a four-year period. Residents interviewed for the report, most of whom have family incomes under $34,000 a year, said they felt like ATM machines. “There’s a woman who said to me,” Jiménez said, “We are like a goldmine here, I don’t know how else the county would make its profit if we weren’t here.”

That kind of complaint — raised in counties across the country since the Ferguson protests exposed widespread practices of local government profiting off low-income communities through traffic tickets and other fines — has prompted a recent DOJ memo essentially reminding court officials that raising revenue by forcing poor defendants to pay hefty fines and fees is unconstitutional.

“When we look at people driving with suspended licenses, it is largely economic factors, not any ability to operate a motor vehicle safely, that generally produce a climate where they can’t maintain a driver’s license,” Johnson said, citing unpaid tickets as the most common example.

“It’s the cycle into debtors prisons that we know exists in a lot of African-American communities; they are seen as offenders and a source of revenue,” Jiménez said. “There are a number of issues in the criminal justice system that are injustices, really.”

Ferguson put a spotlight on it, but the problem persists, and many are failing to see the ways in which it connects with immigration enforcement, she added. “I wish it was changing the conversation a bit more in places like Georgia.”