Over 200 congressional offices opened their doors to Muslims who traveled to Washington to meet with their representatives on Monday. Not Ted Cruz’s. 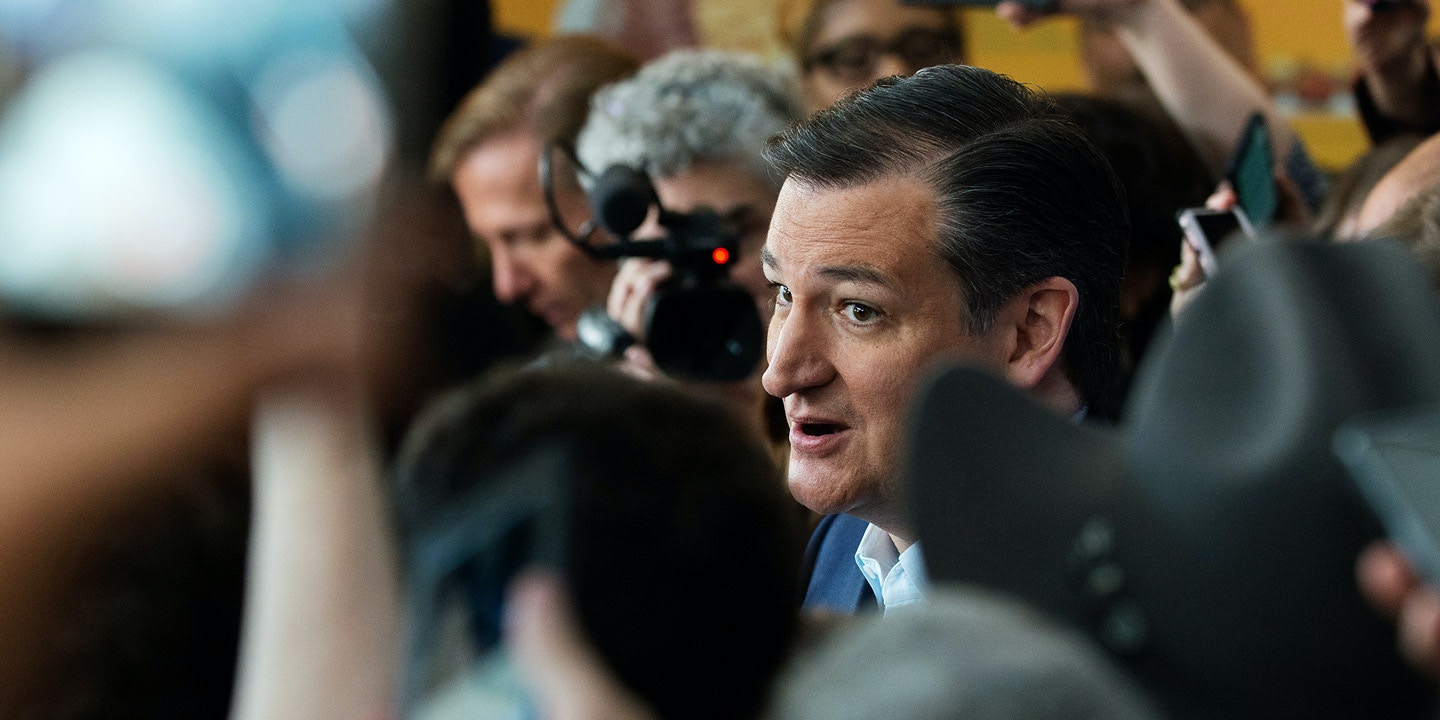 Monday was national Muslim Advocacy Day on Capitol Hill, but in Texas Sen. Ted Cruz’s office, it was more like Ignore Your Muslim Constituents Day.

A total of 215 congressional offices opened their doors to Muslims who traveled to Washington to meet with their representatives, members of the U.S. Council of Muslim Organizations said at a Monday evening press conference.

But 14 Texas constituents were unable to get a meeting with anyone from Cruz’s office, despite repeated attempts over a period of weeks.

“During the initial onset of us requesting a meeting, we did get a response back,” said Alia Salem, one of the Cruz constituents. “They said, ‘We’re going to put you in touch with our Middle East policy adviser.’ We were kind of perplexed by that. … We’re Americans coming from Texas to talk about American issues.”

Salem felt her group was being stereotyped. “Once we affirmed that we’re not coming for that but for this — we’re coming for American Muslim issues, American issues in general — we didn’t hear back from them. And this was over the span of weeks, so we’re talking about multiple emails, more than five emails being sent, multiple phone calls, and the latest one being on Saturday, telling them we are coming, you haven’t scheduled a meeting with us, there will be 20 of us coming. … So it’s not like we didn’t give them a chance, repetitive chance after chance.”

“Once we got there, we were given the excuse by interns: “They’re all tied up in meetings,’” Salem said.

The group held meetings in other Texas Republicans’ offices, including with staff in Rep. Joe Barton’s office, and with Sen. John Cornyn’s staffers. Salem said no other Texas office declined a meeting.

Gaffney wrote that the organizers of Monday’s events were “associated with Islamic supremacism,” and called them “the latest in a long series of front organizations associated with, and working to advance, the agenda of the Muslim Brotherhood in the United States.”

Some of the Muslim Texans noted a change in Cruz’s behavior since he became a leading Republican presidential candidate. “We met with the senator two years ago for the first time,” Mustafaa Carroll said. “We met with his office last year. It was cordial. We had no problems. But the election, or the temper of the election, is what’s causing the problems.”

In his presidential campaign, Cruz has made Muslims a frequent rhetorical punching bag, suggesting police surveillance for Muslim American neighborhoods and arguing against letting Syrian refugees come to the United States.

Cruz’s office did not respond to multiple requests for comment.

Mazen Mokhtar, executive director of the Muslim American Society of Dallas, said it was “an alarming development” that a presidential candidate would express “bigotry against their own constituents, essentially.” And he criticized Cruz for hiring Gaffney.