Thousands of Israelis rallied in support of Elor Azaria, an army medic who was caught on video apparently executing a wounded Palestinian suspect. 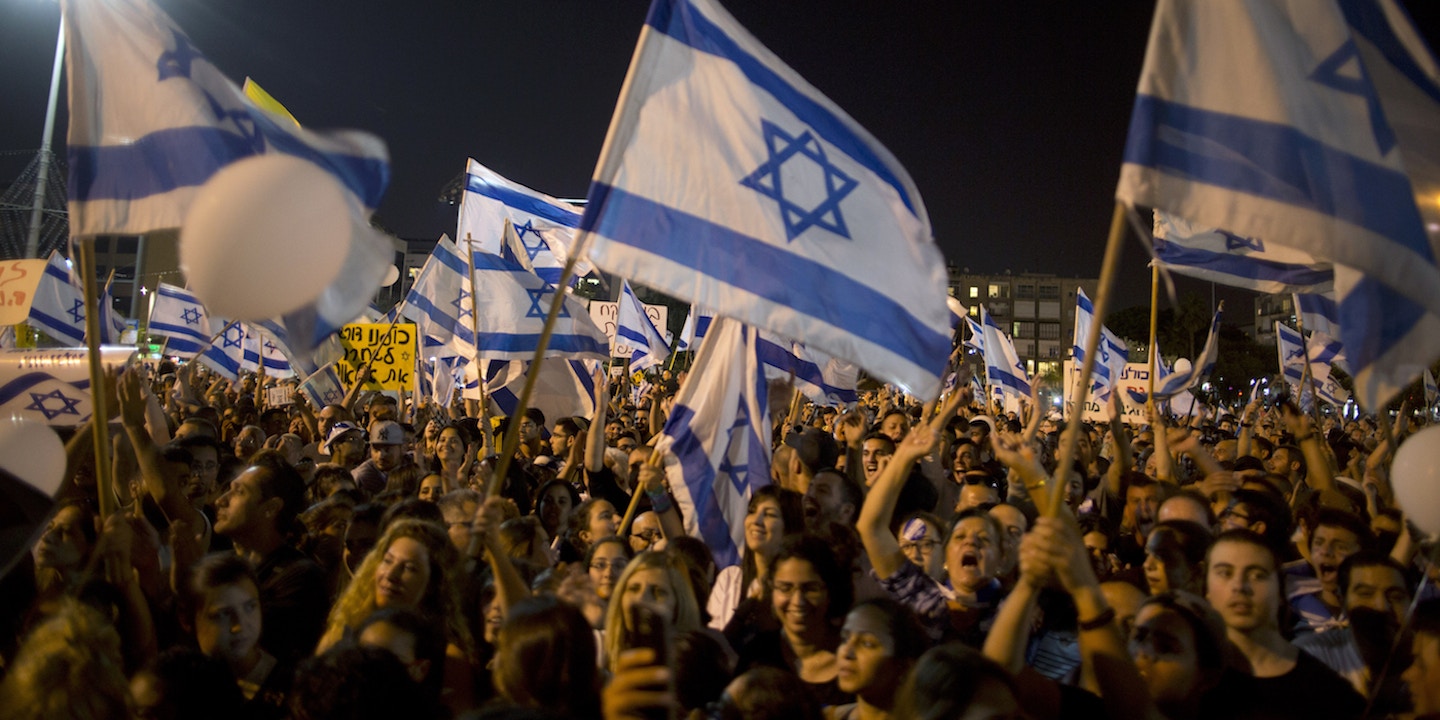 Thousands of Israelis rallied in Tel Aviv’s Rabin Square on Tuesday in support of an army medic who was caught on video last month apparently executing a wounded Palestinian suspect following a knife attack in the occupied West Bank.

The medic, Sgt. Elor Azaria, 19, was charged with manslaughter by an Israeli military court on Monday for firing a single bullet into the head of Abdel Fattah al-Sharif, killing him, on March 24 in the city of Hebron. Sharif was one of two young Palestinians suspected of lightly wounding an Israeli soldier in an area of the city inhabited by Jewish settlers.

Crowd chants "Elor the hero" and "death to Arabs." This seems more like a celebration of murder than anything pic.twitter.com/2QHDpIT0LJ

Video of the incident recorded by a Palestinian witness and posted online by B’Tselem, an Israeli human rights group, showed that Sharif was lying prone on the ground, already immobilized by previous gunshots, when Azaria cocked his gun and shot him.

Haaretz, the Tel Aviv daily, reported that his supporters shouted slogans including, “He’s a hero,” and “Release the soldier.” The soldier’s mother thanked the crowd of about 5,000, according to a police estimate, and reminded her son that “from a young age, you wanted to be a combat soldier and give back to your country.”

Chant: Release the kid or we'll turn the country over

Ahmad Tibi, an Arab member of Israel’s parliament, shared an image of one of the soldier’s supporters holding a sign that read, “Kill Them All.”

Message of the new Israeli justice & equality: "kill them all" in tel aviv rally supporting a murderer soldier pic.twitter.com/t9CqN777ya

Elizabeth Tsurkov, an Israeli rights activist, pointed to video of the demonstrators dancing to a religious song.

Rally in support of Hebron executioner tonight. They dance to a religious song about relying on no one but God https://t.co/5MkLSsyqXz

Noam Sheizaf, a Tel Aviv journalist and blogger, suggested that the size of the crowd, which failed to meet expectations, was less important than the fact that the prime minister appeared to be following the lead of the ultranationalist demonstrators.

I estimate about 6k at right wing rally in Rabin sq in support of IDF soldier who executed Palestinian attacker pic.twitter.com/3erdw7YG3C

The problem is not with the 6k at Rabin sq. now. the problem is w/ the man at prime minster office following their lead

As The Intercept reported, polls show a majority of Israelis oppose the military’s decision to prosecute the soldier, and Israel’s prime minister, Benjamin Netanyahu, backed away from his initial condemnation of the shooting.

Ayman Odeh, the Palestinian leader of the opposition Joint List in Israel’s parliament, the Knesset, observed on Twitter that the protesters were right to say that the medic’s actions were not an aberration but a clear result of the policies pursued by the Israeli government and military in the occupied West Bank.

There was also reportedly strong sentiment in the crowd against left-wing Israelis and the media. Video posted online by Israel’s Channel 10 showed one of its reporters, Moav Vardi, being threatened by the demonstrators.

As the Jerusalem Post reported last month, an Israeli military prosecutor told a court that Azaria told his commanding officer immediately after the shooting that he had fired the shot because “the terrorist needed to die.” 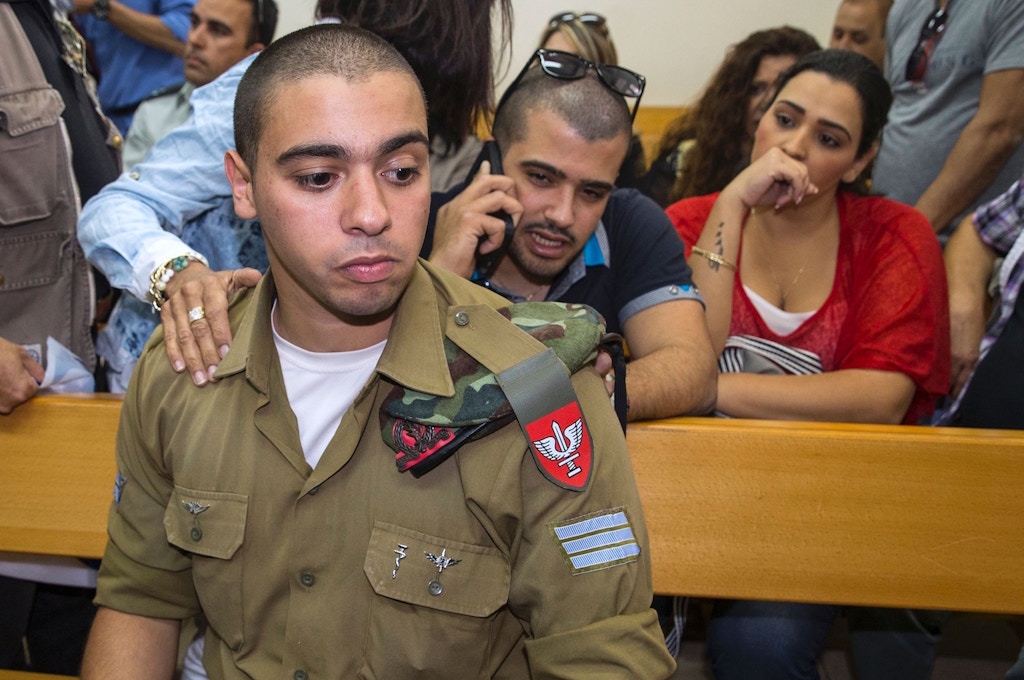 Elor Azaria, an Israeli army medic charged with manslaughter, in a military court in Tel Aviv on Monday.

The prosecution added that Azaria changed his story twice in the hours after the incident, as it became clear that he might be charged. Two hours after the shooting, the medic told his commander that he opened fire because he thought the wounded Palestinian had a knife. Later, he changed his story again, saying that he was concerned that the immobilized man, who had already been checked for explosives, might have been about to detonate a bomb.

Tuesday’s rally was only the latest show of support for Azaria, as the filmmakers Dan Cohen and David Sheen reported earlier this month.