A new project that compiles testimony from former ISIS members who escaped and fled to Turkey could help stifle the appeal of the group’s propaganda. 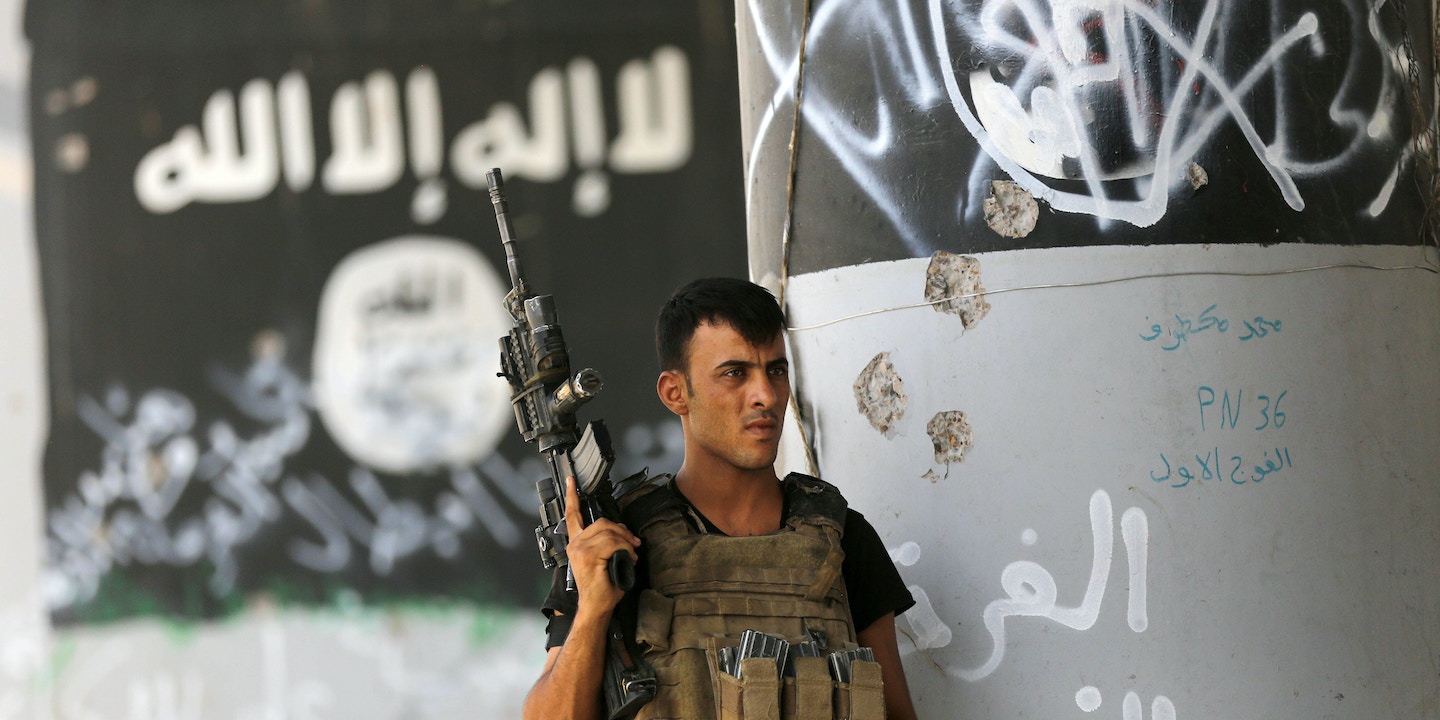 While the Islamic State continues to lose territory on the ground in Iraq and Syria, the appeal of its apocalyptic ideas has proven more enduring. Since 2014, the group, also known as ISIS, has managed to attract as many as 30,000 recruits from around the world, including several thousand men and women from Europe and North America.

A significant number of these individuals are believed to have been recruited online using social media.

A new project focused on interviews with individuals who joined and later defected from ISIS might offer a way of stifling the appeal of the group. The ISIS Defectors Interview Project, conducted by the International Center for the Study of Violent Extremism, compiles video and written testimony from former members of the group. Between September 2015 and May 2016, Anne Speckhard, a research psychologist at Georgetown University, and Ahmet Yayla, a former counterterrorism head of the Turkish National Police, met with 32 former ISIS members who escaped the group and have since fled to Turkey.

The reality described by these defectors bears little resemblance to the utopian conditions described by the Islamic State in its propaganda. While their paths to joining the group may have been different, they ultimately rejected the militant organization after seeing firsthand what its practices were like. Instead of finding defenders of besieged Sunni Muslim communities, defectors often found the Islamic State to be merciless with anyone who opposed its rule. Appalled by the cruelty, injustice, and oppression they witnessed, they fled ISIS in disillusionment.

“There is a difference between Syrians and Iraqis who join the group and foreigners. For locals, they may be facing a war where ISIS has taken over the territory where they live, or they are scared of the government or other groups,” says Speckhard. “For foreign volunteers, the appeal may be due to a sense of discrimination, or it may be to find an element of adventure or meaning. But often, when they see the reality — the corruption, the brutality, the horrible, ugly things — it makes them run away.”

The excruciating violence that accompanied the collapse of the state in Iraq and Syria, footage of which is disseminated daily around the world through social media, has added to a sense that Sunni Muslims are oppressed in these countries. The Islamic State claims to be the only credible protector of Sunnis in these countries and around the world, but testimony from ISIS defectors demonstrates that, in practice, the group’s violence does not differentiate among Sunni and other religious groups.

“One day, I was about to leave on my motorcycle. There were three older men in their 50s brought in. They didn’t even look like they could carry a rifle. They were being punished,” one defector said. “I asked the other [ISIS] guys why they were there. They trusted me so they told me that these men’s sons were fighting with the Free Syrian Army. Later on, they beheaded and hung them in the town square. They took photos and spread them around — just because their sons were serving in the Free Syrian Army.”

According to several other defectors, sexual slavery, one of the group’s most abhorrent practices, also does not differentiate between minorities or Sunni Muslims who opposed the Islamic State’s political ambitions. As one defector said: “The thing that affected me the most was that they would take a Muslim woman, for instance a [Syrian] Muslim woman whose husband was with [the Free Syrian Army] and they take her children away from her.”

After taking her away from her children, ISIS members might sell the woman, the defector said, but if they decided “she is pretty and good-looking, then they will take her for themselves.”

Another defector recalled seeing dozens of women from all religious backgrounds being held as sexual captives by ISIS fighters at an abandoned oil refinery. “There were 475 women captives, Yazidis and Iraqis. Some were wives of Iraqi army soldiers. Some were Syrian,” he said. “They were mixed. Anyone whose husband worked with the Syrian regime — some from Raqqa, Shaddadi — any province under ISIS control.”

Hassan Hassan, a resident fellow at the Tahrir Institute for Middle East Policy, says the Islamic State’s use of extreme violence against Sunni Muslims isn’t necessarily at odds with the group’s ideology. “The ideology of ISIS was founded on a sectarian basis and targeted Shia Muslims. But it also focused with particular ferocity on Sunnis who worked in institutions that are part of the regional or international order, as it deems them traitors.”

ISIS members consider Sunni Muslims who oppose them “their worst enemies,” Hassan says. When ISIS burned alive the Jordanian pilot Muath al-Kassasbeh, it was “because he was a Sunni and they wanted to make an example of him.”

While Islamic State propaganda directed toward Western audiences focuses on the ferocious violence of the group, its message to potential supporters tends to be significantly different. Through videos and social media outreach, ISIS portrays an idyllic life in the territories under its control, including housing, health care, and security.

For people who are aggrieved by scenes of bloodshed and tyranny in the Middle East, ISIS also offers a chance for revenge and “justice,” in part through the creation of a radically new regional order.

“Many of the people fighting and dying against ISIS are themselves pious Sunni Muslims, and in countering ISIS messaging, it’s important to emphasize that this is a genuine popular war against an extremist organization,” says Hassan. “If all we hear in the media is that Marxist Kurds or Shia groups are the only ones fighting ISIS, it feeds into their sectarian narrative.”

The stories of cruelty related by Islamic State defectors help deconstruct this narrative. In one video included in the report, a 15-year-old Syrian who managed to escape from the group described the brutal violence he witnessed during his time in its territory, including public executions. “They pretend to be Muslim, but they just teach people to blow themselves up and tell you you’re going to paradise — but none of it is true,” the boy says, his voice choking with emotion.

Although ISIS has sought to downplay or rationalize its violence against Sunni Muslims, in recent months this facade has become more difficult to maintain. Deadly attacks linked to ISIS in Istanbul and even Medina have highlighted the group’s capacity for indiscriminate violence on a global scale.

In a hearing on ISIS ideology held by the House Homeland Security Committee last month, Dr. Tarek Elgawhary, director of religious studies at the World Organization for Resource Development and Education, testified about the unhinged nature of the group’s ideology. Describing ISIS fighters as “unlettered warmongers,” Elghawary told lawmakers that they had in essence “created a parallel religion and called it Islam.”

During fighting over the past year, ISIS has lost almost 50 percent of the territory it once held in Iraq and Syria. While the physical infrastructure of the group in time may be wiped out, a different type of battle still needs to be waged against the “brand” it has created and disseminated around the world. Doing so will require undermining its claims to be defending the oppressed while putting an end to the chaos and injustice in the Middle East that has created a market for apocalyptic, millenarian ideas.

“Something that Americans really miss about terrorism these days is that every good lie contains a bit of truth,” says Speckhard. “The truth in Islamic State’s propaganda is the suffering and grievances that they can point to in Iraq, Syria, and elsewhere.”