Donald Trump doesn’t care about Mike Pence’s support for the Iraq War. Unlike Hillary Clinton, “He’s entitled to make a mistake every once in a while.” 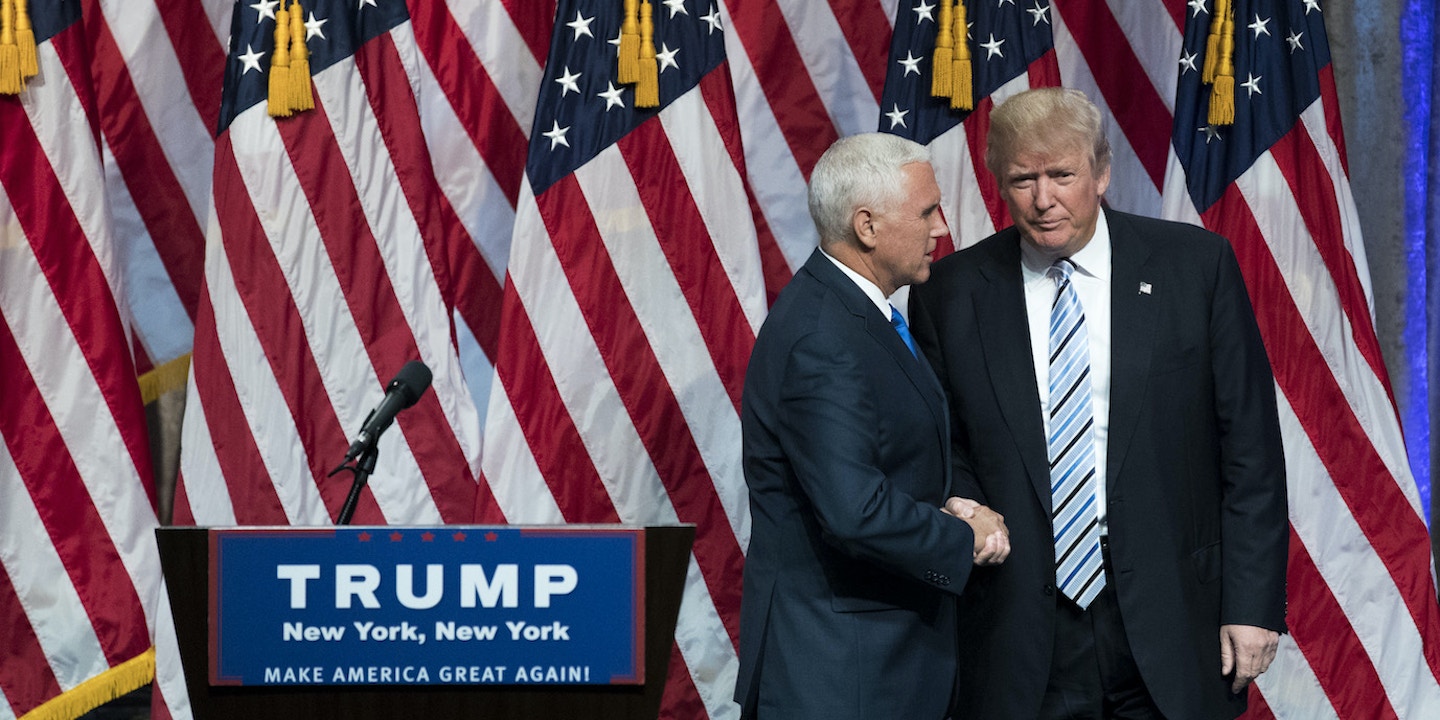 Donald Trump has condemned the Iraq War as a “disaster,” but he showed little concern during a 60 Minutes interview, broadcast Sunday, that his vice presidential candidate, Indiana’s Republican Gov. Mike Pence, was an outspoken advocate of that invasion.

After Trump proclaimed that the United States should not have invaded Iraq because it had no involvement in 9/11, interviewer Lesley Stahl reminded him that his running mate, then-Indiana Republican Rep. Mike Pence, voted to authorize the war.

“What do you mean, you don’t care that he voted for [it]?” Stahl asked.

“It’s a long time ago. And he voted that way and they were also misled. A lot of information was given to people,” Trump replied.

Trump’s claim that Pence was misled understates his running mate’s support for the war. Some GOP members of Congress, such as Rep. Walter Jones of North Carolina, did indeed vote to authorize the war, and then turned against it after it was clear that the stated aims of the war were false.

Pence, on the other hand, supported the war for years, showing up at a Baghdad market in 2007 to advocate the U.S. troop surge, ridiculously claiming that it was “like a normal outdoor market in Indiana in the summertime.” Just three months earlier, a suicide bomber had blown himself up in the market, killing 88 people.

“On foreign policy, Hillary is trigger happy,” Trump told a campaign rally in May. “Her decisions in Iraq, Syria, Egypt, Libya have cost trillions of dollars, thousands of lives, and have totally unleashed ISIS.”

This inconsistency surprised Stahl, who pointed to his criticisms of Clinton over the war.

“He’s entitled to make a mistake every once in a while,” Trump replied, referring to Pence.