Alfred Taban, a prominent South Sudanese journalist and editor-in-chief of the Juba Monitor, was arrested by National Security Service agents on Saturday. 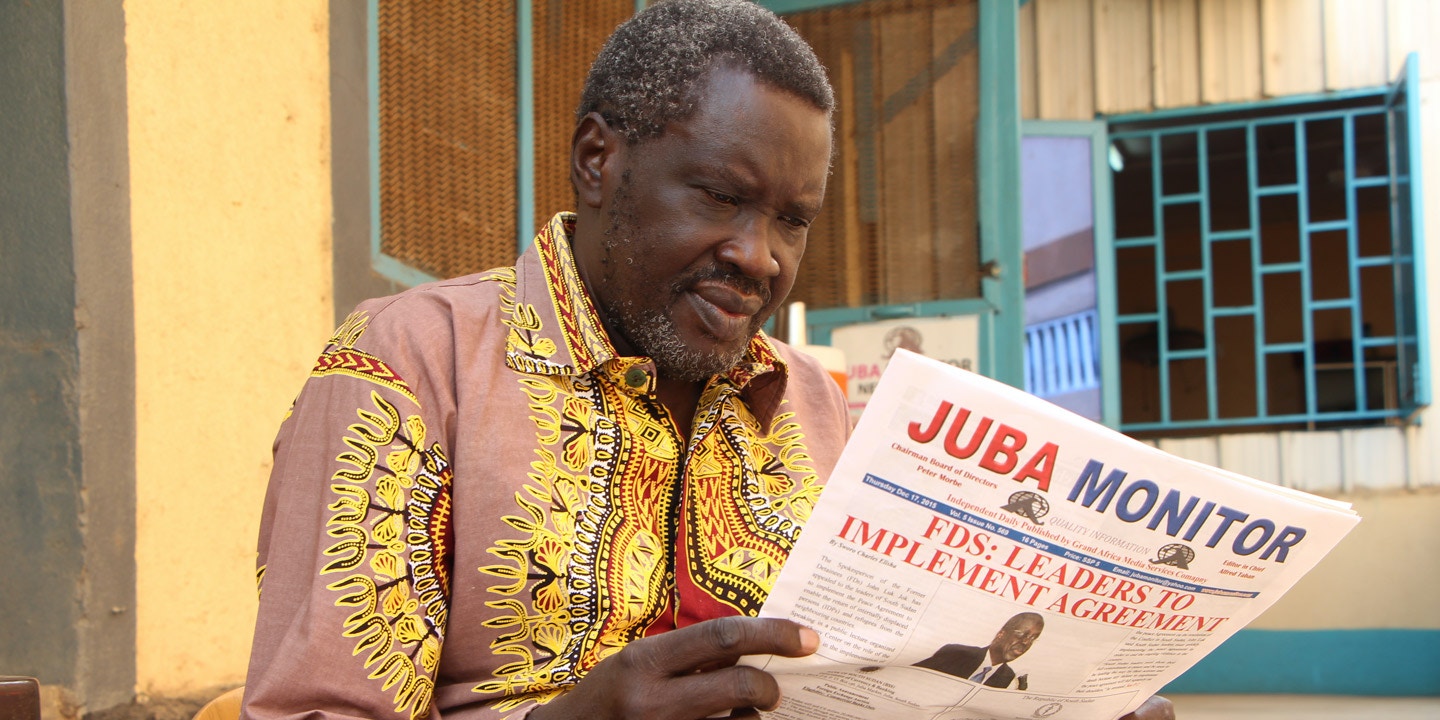 Alfred Taban, a prominent South Sudanese journalist and editor-in-chief of the Juba Monitor, was arrested by government National Security Service agents on Saturday, according to the East and Horn of Africa Human Rights Defenders Project (DefendDefenders). His arrest reportedly stemmed from his recent editorial calling for the removal of South Sudan’s president, Salva Kiir, and his first vice president, Riek Machar, following a new round of bloodletting in South Sudan’s long-running civil war.

“What Alfred wrote was within the constitutional right (freedom of expression), it is not an offense,” Edmund Yakani, the executive director of Community Empowerment for Progress Organization, a civil society organization that tracks the harassment of journalists, told The Intercept by email.

According to the organization, there have been 41 confirmed “incidents against journalists and media” this year.

“South Sudanese authorities should immediately release Mr. Taban and ensure that he has not been subjected to ill treatment and has been given access to the medical care he needs,” said Hassan Shire of DefendDefenders in a statement posted to the group’s website.

A crusading journalist during southern Sudan’s civil war with the north from the 1980s through the 2000s, Taban was frequently harassed and detained by Sudanese authorities. “I felt it was part of the struggle for my people,” he told The Intercept in March. “But to be arrested in South Sudan? The same people — the leaders — who would have me arrested today are the people I was arrested with [back then]. It’s as if we struggled for nothing.”

Taban’s arrest comes at a time of escalating assaults on the press that has seen South Sudan fall on Reporters Without Borders’ World Press Freedom Index from 111 at its independence in 2011 to 140 out of 180 this year.