Some Republican convention delegates are complaining that pro-Trump thugs harassed and threatened them for not falling into line behind the nominee. 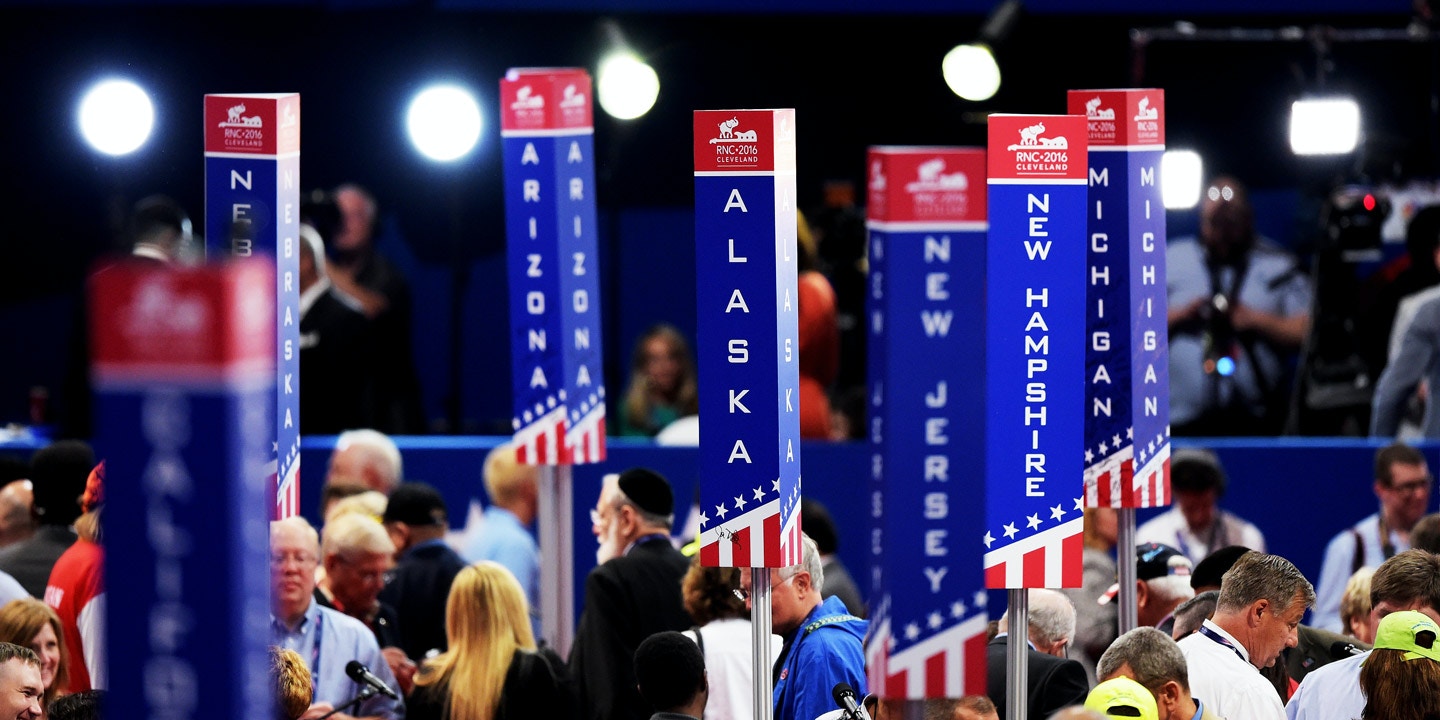 Some Republican convention delegates are complaining that pro-Trump thugs harassed and threatened them for not falling into line behind the nominee.

This is not a new phenomenon; there’s even a Delegate Defense Hotline set up by the Ted Cruz campaign in April that bullied delegates can call.

Kera Birkeland, a delegate from Utah, said she was confronted by two women in the bathroom at the Quicken Loans Arena Monday night. “They yelled at me, called me names,” she wrote on Facebook. “They said I should die. They said the police should be pulled from the Utah delegation and we should all die. They never touched me. They did not say they would kill me. They just said I should die.”

Paul Manafort, Trump’s campaign manager, joked about the incident on Tuesday. “I think I have a pretty good sense of what’s going on in this convention, but I haven’t gone in to the bathrooms yet,” he told reporters.

Birkeland was part of a group of delegates who unsuccessfully called for a roll call vote on the convention’s rules on Monday – widely seen as the last gasp of a #Nevertrump movement. Birkeland initially supported Rand Paul for president, then Ted Cruz.

Tommy Valentine, a 22-year-old Virginia delegate, told ThinkProgress that representatives from the Trump campaign threatened him about the petition for a roll call vote: “I had one Trump staffer who came to me and said, ‘When Trump becomes president, he will remember,’” Valentine said. “They were going around to the delegates who would sign the documents intimidating them and telling them to take their names off it.”

Last week Trump backer Carl Paladino sent an email to Stefani Williams, a delegate from Utah. “You should be hung for treason Stefani,” Paladino wrote. “There will not be a Republican Party if you attempt to replace Trump. I’ll be in your face in Cleveland.”

Back in April, Tom John, a “Never Trump” delegate from Indiana, received an email: “You know traditional burial is polluting the planet. Tom hope the family is well.”

And Trump ally Roger Stone said that delegates who didn’t support Donald Trump in Cleveland would find trouble.  “We’re going to have protests, demonstrations. We will disclose the hotels and the room numbers of those delegates who are directly involved in the steal,” he said.

At that point, the Trump campaign denounced the threats: “They’re deplorable and we condemn any kind of act of intimidation or any kind of threat. There’s no place for that in politics,” Trump Indiana co-chairman Tony Samuel told CNN.

But in late April, not long before he quit the race, Ted Cruz sent an email to supporters announcing a hotline called the Delegate Defense Hotline, intended to make sure that Republicans who did not support Trump would be safe in Cleveland. The Cruz campaign also launched a Delegate Defense Fund, asking for help to raise $500,000.

“Those of us who play by the rules, stick to our principles and fight hard to defend liberty and freedom do not deserve to be attacked by Donald trump (sic) and his goon squad,” Cruz wrote in the email.

When you call the hotline, the phone doesn’t ring; it goes straight to the answering machine: “You’ve reached the official Ted Cruz for President delegate defense line which has been set up for our supporters to report any intimidation, threats, or attacks on them or their families by supporters of Donald Trump. Please leave a detailed message about any issues you’ve faced as well as the best way to reach you and we will be in touch as soon as we can. Thank you for your support of Ted Cruz for President.”

As for Birkeland, she said she’s getting over the encounter.“It shook me at first,” she wrote on Facebook. “I came out of the bathroom crying, which is how people from Utah found out. The story spread. News crews caught me crying. I was just in shock. But I was and I am ok. Yesterday, while riding the bus downtown, a democrat said to me; “You’re a young republican, we should kill you before you produce off spring”. (sic) It’s just been a great two days.”