A Canadian man killed by police while carrying explosives had communicated extensively with ISIS through social media. 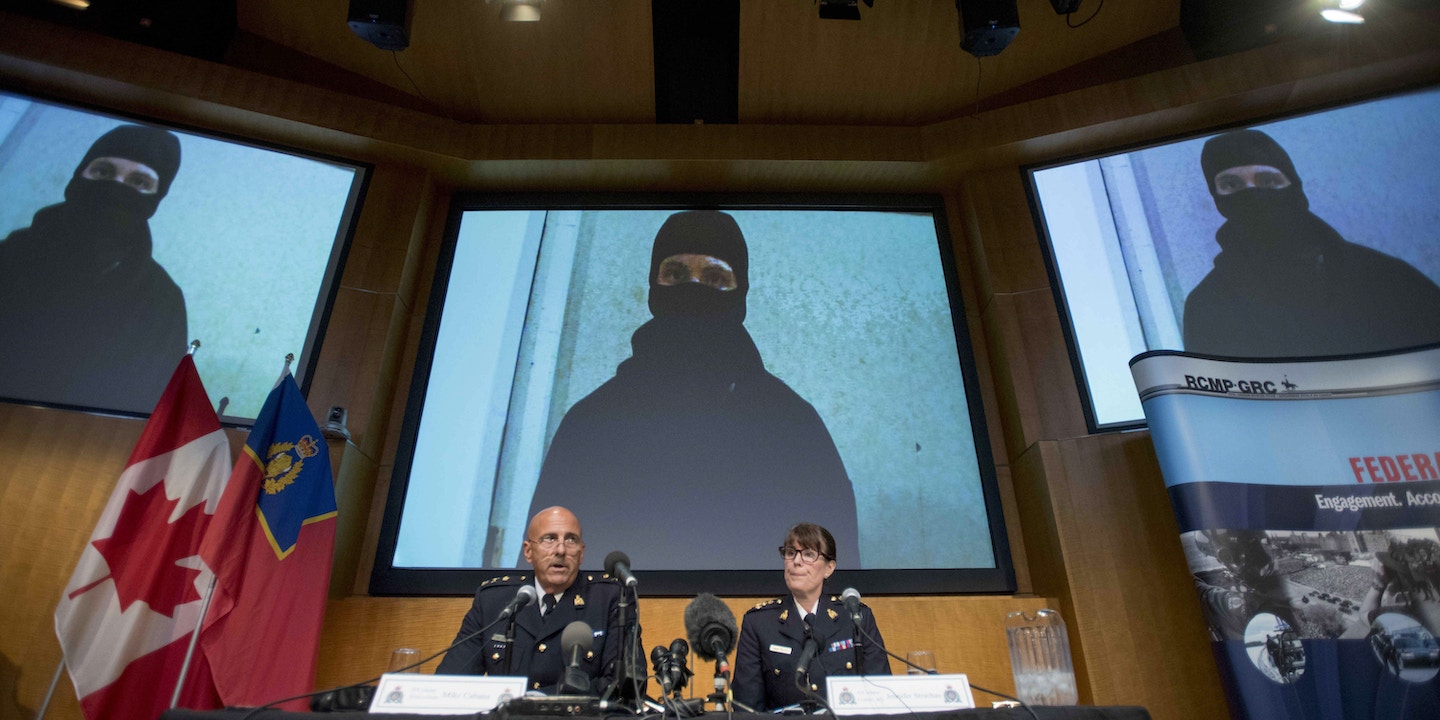 Aaron Driver was boarding a taxi outside his sister’s home in the small Canadian town of Strathroy, Ontario, when armed law enforcement agents moved in to arrest him. Driver, 24, was known to local authorities as a prolific online supporter of the Islamic State. He had previously been placed under government surveillance due to his social media postings and had received a judicial order in February banning him from use of the internet.

Acting on a tip that Canadian authorities say came from the FBI, police on Wednesday descended on the home of Driver’s sister on suspicion that Driver was planning to carry out an imminent terrorist attack. In Driver’s possession were two explosive devices. As police approached, he detonated one device while sitting in the backseat of the taxi, before being shot. He died during the encounter, while his taxi driver escaped with minor injuries.

Driver’s death has made headlines as a case of homegrown terrorism, though initial reports suggest his ties to extremist groups had existed largely on the internet. He lived in a small rural suburb, having moved there a year earlier from the central Canadian city of Winnipeg. He came from a military family and had been raised as a Christian. But despite his physical and social isolation, over the past several years he had become thoroughly invested in the world of online Islamic State supporters.

“He was enormously active online since late 2014 at least. He was in direct contact with [now-deceased Islamic State hacker] Junaid Hussain, with a whole slew of ISIS fanboys and fangirls, as well as one of the Garland attackers, who he called a friend but also only knew online,” says Amarnath Amarasingam, a fellow at George Washington University’s Program on Extremism, who had previously met Driver. “He always talked about the online community as ‘us.’ He was part of it, got a lot of social and emotional reinforcement from this involvement, and saw it as his role to defend it.” 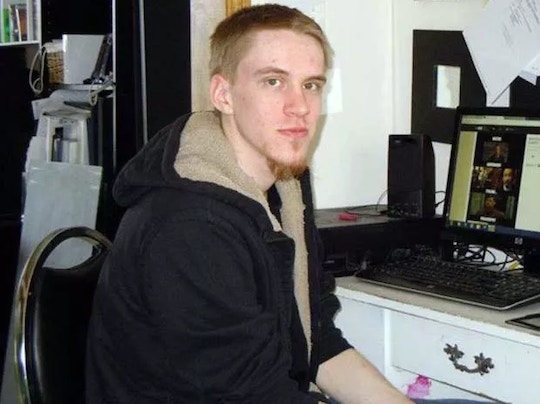 In a press conference following Driver’s death, Canadian officials said that they had been monitoring him since December 2014, after receiving a public complaint about his online activity. Officials said he had been in the last stages of planning a real attack, and displayed a video Driver had made announcing his intentions.

In many ways, Driver was an atypical supporter of terrorism. He freely discussed his views with journalists and researchers who reached out to him. In February 2015, he gave an interview under his online pseudonym to a major Canadian newspaper, explaining why he supported terrorist attacks and the militant group Islamic State. He told reporters that he still maintained his relationships with his former friends, largely so that he could continue playing video games. “I have friends who game and I don’t want to lose my relationship with them,” he said.

Amarasingam said that Driver’s online activities seemed to fill an emotional void in his real life, which was troubled. “He had a tough upbringing, he lost his mother to brain cancer at age seven, and lost a baby while his girlfriend was delivering it,” Amarasingam said. “He didn’t really find much support from his father, moved around a lot, and didn’t have many friends. So, what he found online was deeply impactful for him socially.”

Driver had also apparently converted to Islam without meeting any Muslims outside of the internet, telling Amarasingam that his introduction to the religion came from watching YouTube videos. He also expressed his frustration that Muslim leaders and members of the community he had since met were “hypocrites” and “sell-outs.” Despite his admitted lack of real connections with the Muslim community, he said that he was happy that reporters had been reaching out to him for his perspective on political and religious issues.

In June 2015, Driver was placed under government restrictions that precluded him from going on the internet. Amarasingam speculates that this may have deepened his sense of psychological degeneration. “We stripped him of his social circle he had online and didn’t really provide an alternative anchor or replace it with anything,” Amarasingam said. “This could have left him open to embracing violence as an option.”

While many online supporters of terrorist groups also tend to have some real-world nexus with extremism, this presently seems unclear in Driver’s case. He lived in an isolated, racially homogenous small town, distant from major metropolitan centers, let alone from the conflict zones of Iraq and Syria. His embrace of extremist beliefs seemed to take the place of other anti-social behaviors he had once engaged in, including drug use and petty crime.

Adnan Rajeh, a member of a mosque in the small city of London, Ontario, roughly an hour away, said that Driver began showing up there nine months ago, and that the congregation there viewed him with trepidation after learning that he had been under government scrutiny. He said mosque officials had been in regular contact with local authorities about Driver for months. A statement the mosque gave to local media expressed “appreciation to law enforcement officials” for their efforts.

“We personally spoke to the police many times about him and had been in close contact with the authorities about monitoring him generally,” Rajeh said. “The government felt he was dangerous and seemed to be expecting us to deal with him, but we’re not a psychiatric facility and we don’t have the capacities to deal with people like this.”

Rajeh said that Driver periodically attended prayer congregations and had sometimes volunteered to help move boxes and complete other small tasks. But he expressed frustration that the government had let Driver visit their mosque while knowing he was dangerous. “The government knew he was a threat, they could’ve foreseen this, but they just let him kind of land amongst us nine months ago,” Rajeh said.

“It’s a very unfortunate event that he got killed, no one is happy about that,” he added. “We’re glad he didn’t harm anyone, but it never should’ve gotten this far. He needed psychiatric help or some other form of social assistance that could’ve prevented this from happening.”