For months, a California congressman has been trying to get Obama administration officials to reconsider U.S. backing for the Saudi-led war in Yemen. For months, a California congressman has been trying to get Obama administration officials to reconsider U.S. backing for the Saudi-led war in Yemen. And for months, he has been given the runaround.

Ted Lieu, a Democrat representing Los Angeles County, served in the Air Force and is a colonel in the Air Force Reserves. The brutal bombing of civilian areas with U.S.-supplied planes and weapons has led him to act when most of his colleagues have stayed silent.

“I taught the law of war when I was on active duty,” he told The Intercept. “You can’t kill children, newlyweds, doctors and patients — those are exempt targets under the law of war, and the coalition has been repeatedly striking civilians,” he said. “So it is very disturbing to me. It is even worse that the U.S. is aiding this coalition.”

But he and a very few other lawmakers who have tried to take bipartisan action to stop U.S. support for the campaign are a lonely bunch. “Many in Congress have been hesitant to criticize the Saudis’ operational conduct in Yemen,” Lieu said. He didn’t say more about that.

The matter has gotten ever more urgent since August 7, when the Saudi-led coalition relaunched an aggressive campaign of attacks after Houthi rebels in Yemen rejected a one-sided peace deal.

More than 60 Yemeni civilians have been killed in at least five attacks on civilian areas since the new bombing campaign began. On August 13, the coalition bombed a school in Haydan, Yemen, killing at least 10 children and injuring 28 more.

Lieu released a statement two days later, harshly condemning the attack. “The indiscriminate civilian killings by Saudi Arabia look like war crimes to me. In this case, children as young as 8 were killed by Saudi Arabian air strikes,” he wrote.

“By assisting Saudi Arabia, the United States is aiding and abetting what appears to be war crimes in Yemen,” Lieu added. “The administration must stop enabling this madness now.”

Then, mere minutes after his office sent out the statement about the August 13 attack, another tragedy started making headlines: The coalition had just bombed a hospital operated by the international medical humanitarian group Doctors Without Borders (also known as Médecins Sans Frontières, or MSF), killing 19.

That was the fourth MSF medical facility that the Saudi-led coalition — which has received weapons, intelligence and support from the U.S. and U.K. — has bombed in the past year in Yemen.

By a conservative estimate, more than 6,500 Yemenis have been killed since the war began in March 2015. The violence has pushed Yemen – which was already the poorest country in the Middle East, suffering from widespread hunger and destitution — into what the U.N. has called for well over a year now a “humanitarian catastrophe.”

Lieu has been repeatedly raising concerns about Yemen since last fall.

In September, Lieu sent a letter to the chairman of the Joint Chiefs of Staff, Gen. Joseph Dunford, requesting that the U.S. “cease aiding coalition airstrikes in Yemen until the coalition demonstrates that they will institute proper safeguards to prevent civilian deaths.”

In October, Lieu and a dozen other members of Congress sent a letter to President Obama, raising concerns about war crimes committed by the coalition. The Saudi-led coalition had just bombed two weddings, killing more than 150 Yemenis.

In March, Lieu sent a letter to Secretary of State John Kerry and Secretary of Defense Ash Carter, calling for the government to “provide an assessment as to whether the indiscriminate nature of the coalition’s operations and the targeting of civilians have significantly changed since October 2015.”

“No progress has been made, tragically,” Lieu said. “A year after we first began seeing reports of widespread Saudi-led coalition bombings on civilians, the coalition is still bombing schools and hospitals.”

Lieu initially scheduled a phone conversation with officers from the Joint Chiefs of Staff. “Then I opted to focus on the real decision-makers for U.S. support for the Saudi-led coalition’s operations in Yemen: the State Department and Defense Department,” he explained.

The State Department never responded to his requests. Lieu’s office did however receive a response from the Pentagon on July 20. In a two-page letter, acting Under Secretary of Defense for Policy Brian McKeon assured Lieu that “The United States Government shares your deep concern over civilian casualties and damage to civilian infrastructure in Yemen.”

But in the very next line, McKeon underscored the fact that “The United States supports the Saudi-led coalition’s efforts to restore the legitimate government of Yemen.” That is a reference to the Saudi-backed government of Abd Rabbuh Mansur Hadi, which was overthrown by the Houthi rebels. President Hadi fled to the Saudi capital of Riyadh when the bombing campaign was launched.

McKeon also noted that “United States military officers meet regularly with senior coalition military leaders and provide recommendations to support their efforts to comply with the Law of Armed Conflict and to reduce the risk of civilian casualties.”

“We believe Saudi Arabia has sought to comply with the Law of Armed Conflict,” McKeon wrote.

For months, rights groups have said otherwise. Human Rights Watch and Amnesty International have documented a slew of war crimes committed by the coalition. Both released reports on incidents in which the coalition bombed civilian areas with cluster bombs that were manufactured in the U.S., U.K., and Brazil. Those munitions are banned by an international treaty signed by 119 countries. (The U.S. and Saudi Arabia are not signatories.)

A report released by a U.N. panel of experts in February offered a more detailed glimpse into the sheer horror. It documented “that the coalition had conducted air strikes targeting civilians and civilian objects, in violation of international humanitarian law, including camps for internally displaced persons and refugees; civilian gatherings, including weddings; civilian vehicles, including buses; civilian residential areas; medical facilities; schools; mosques; markets, factories and food storage warehouses; and other essential civilian infrastructure, such as the airport in Sana’a, the port in Hudaydah and domestic transit routes.”

In June, Lieu, who serves on the House’s oversight and budget committee, joined Rep. Ted Yoho, R-Fla., in introducing H.J. Res. 90, a bill that would bar the transfer of air-to-ground munitions from the U.S. to Saudi Arabia. Sens. Chris Murphy, D-Conn., and Rand Paul, R-Ky., have also been critical of U.S. support for the bombing, and introduced the Senate companion to the legislation, S.J. Res. 32.

Both of the bills were referred to their respective chambers’ foreign affairs committees, where they still sit.

On Aug. 8, the U.S. State Department announced to Congress that it had approved a $1.15 billion sale of up to 153 tanks, hundreds of machine guns and more to the kingdom – on top of the approximately $110 billion in arms deals the Obama administration has done in the past. Lieu applauded Paul for pressuring fellow lawmakers to vote against the deal.

Lieu plans “to continue working with a bipartisan group of members to raise the alarm in light of continued Saudi airstrikes on civilians and the newly announced U.S. arms sales,” he said. “We should not be selling Saudi Arabia even more weapons as a result of the carnage that is happening in Yemen.”

With the resurgent violence, a war that has been largely ignored in the U.S. for nearly a year and a half is becoming much harder to overlook. The State Department delivered a rare rebuke to the Saudis after the latest hospital bombing. The editorial board of the New York Times on Tuesday argued that “The United States is complicit in this carnage. It has enabled the coalition in many ways.” It added, crucially: “Experts say the coalition would be grounded if Washington withheld its support.”

And Lieu warned the U.S. support could backfire. “By aiding a coalition that is killing civilians, the U.S. is going to create another generation of people who hate the U.S. and who are going to want to do very bad things to us,” he said.

Indeed, if anyone has benefitted from Yemen being pounded to rubble, it has been extremist groups. Secretary of Defense Carter and other U.S. government officials warned as early as April 2015 that, in Yemen, al Qaeda in the Arabian Peninsula had “seized the opportunity of the disorder there and the collapse of the central government.”

A year later, Reuters released a detailed report showing “How Saudi Arabia’s war in Yemen has made al-Qaeda stronger — and richer.” The Pentagon even sent a small number of U.S. ground troops into Yemen in April and May, it says to help fight AQAP.

ISIS has also exploited the chaos in Yemen (as it has in Libya, in the wake of the 2011 NATO regime change). Extreme violence, grinding poverty and increasing desperation has pushed Yemenis into the arms of extremists.

Lieu said he worries that the adverse effects of this conflict could be felt for years to come. “It’s actually creating more terrorists by killing all these civilians,” he said. 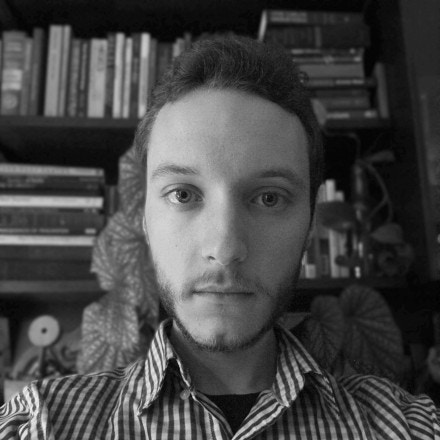