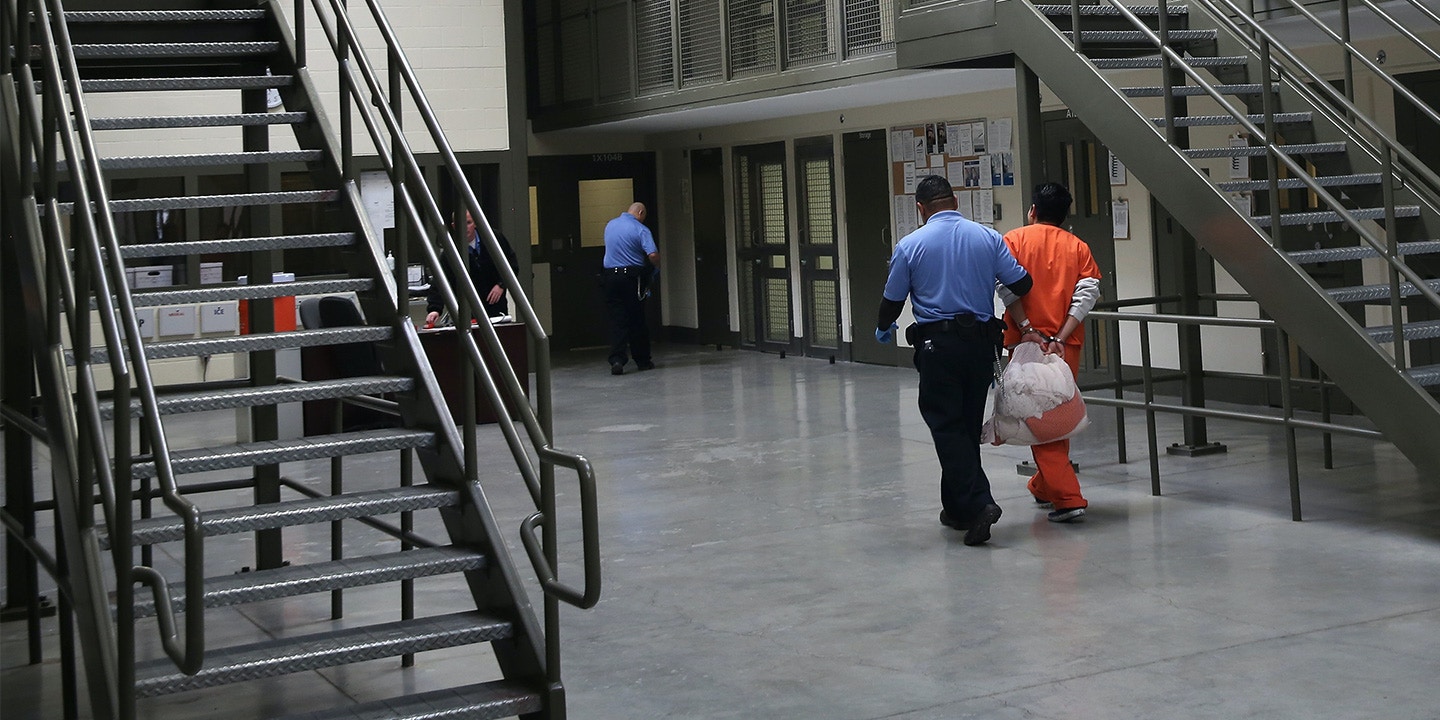 The GEO Group, the second largest private prison company in the U.S. and a major player in for-profit immigrant detention, filed a disclosure this month revealing that it provided $50,000 through its political action committee to Rebuilding America Now, the Super PAC backing the presidential campaign of Donald Trump.

While Trump has not used his campaign to purchase campaign advertisements, an unusual dynamic noted by many in the campaign press, Rebuilding America Now has become his de facto paid media voice, with $2 million in recent anti-Hillary Clinton ad buys.

Trump has promised sweeping policies to detain and deport millions of undocumented immigrants, a policy platform that he routinely references at rallies across the country.

“You’re going to have a deportation force, and you’re going to do it humanely,” Trump explained on MSNBC last year. He also called for tripling the number of Immigration and Customs Enforcement agents and ending birthright citizenship, a right enshrined in the 14th Amendment to the Constitution.

In its filing, GEO Group also disclosed that its PAC has donated to mostly Republican-leaning groups, including $45,000 to the Trump Victory fund, a joint fundraising committee between Trump and various state Republican Party groups; $50,000 to the Florida First Project, a new Super PAC backing the re-election campaign of Sen. Marco Rubio, R-Fla.; and $1,500 to the Southwestern Border Sheriff Coalition, an organization supporting sheriffs that backs tough immigration enforcement policies.

GEO Group operates several immigrant detention centers on behalf of the government, such as the Adelanto Detention Facility in California, a prison widely criticized for overcrowding and alleged medical neglect, among other complaints.

GEO Group has a long history of donating to politicians behind an enforcement-first approach to immigration policy. Though the firm claims that it does not attempt to directly influence immigration issues, the firm disclosed that it lobbied on the comprehensive immigration reform bill debated in Congress in 2013 and openly concedes in regulatory statements that immigration laws are central to the company’s bottom line.

“Immigration reform laws which are currently a focus for legislators and politicians at the federal, state and local level also could materially adversely impact us,” the GEO Group’s 2011 annual report, filed with the Securities and Exchange Commission, states.

The statement specifically cited the “relaxation of criminal or immigration enforcement efforts.”

Earlier this month, in a move widely perceived as a response to a number of investigations and political pressure highlighting problems at private prisons, the Department of Justice announced that it would be phasing out use of such prisons by the federal Bureau of Prisons. The decision will impact firms such as the GEO Group and Corrections Corporation of America.

But, as The Intercept noted, it is not clear if U.S. Immigration and Customs Enforcement, the agency involved with contracting out immigrant detention centers, will follow suit.

Top photo: A guard escorting an immigrant detainee from his ‘segregation cell’ back into the general population at the Adelanto Detention Facility on Nov. 15, 2013, in Adelanto, California.