The concept dates back to a children’s book written by Julius Streicher, who was hanged at Nuremberg in 1946 for crimes against humanity. Donald Trump Jr.’s tweet comparing Syrian refugees to Skittles has deep roots. The concept dates back to at least 1938 and a children’s book called “Der Giftpilz,” or “The Toadstool,” in which a mother explains to her son that it only takes one Jew to destroy an entire people.

The book’s author, Julius Streicher, also published a newspaper that Adolf Hitler loved to read, Der Stürmer. The newspaper published anti-Semitic, anti-Catholic, anti-communist, and anti-capitalist propaganda. In 1933, soon after Hitler took power, Streicher used his newspaper to call for the extermination of the Jews. 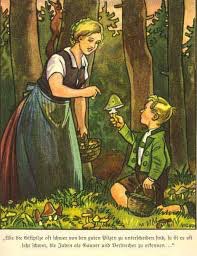 Hitler said: “One must never forget the services rendered by the Stürmer. … Now that Jews are known for what they are, nobody any longer thinks that Streicher libelled them.”

Streicher was hanged at Nuremberg in 1946 for crimes against humanity. The judgment read:

For his twenty-five years of speaking, writing, and preaching hatred of the Jews, Streicher was widely known as “Jew-Baiter Number One.” In his speeches and articles, week after week, month after month, he infected the German mind with the virus of anti-Semitism, and incited the German people to active persecution. Each issue of Der Stürmer, which reached a circulation of 600,000 in 1935, was filled with such articles, often lewd and disgusting.

Trump’s tweet has clear parallels to Streicher’s children’s book, where a boy named Franz learns about the Jews from his mother:

“However they disguise themselves, or however friendly they try to be, affirming a thousand times their good intentions to us, one must not believe them. Jews they are and Jews they remain. For our Volk they are poison.”

“Yes, my child! Just as a single poisonous mushrooms can kill a whole family, so a solitary Jew can destroy a whole village, a whole city, even an entire Volk [nation].”