Clinton almost apologized for the Dodd-Frank reform bill, explaining that it had to pass “for political reasons.” 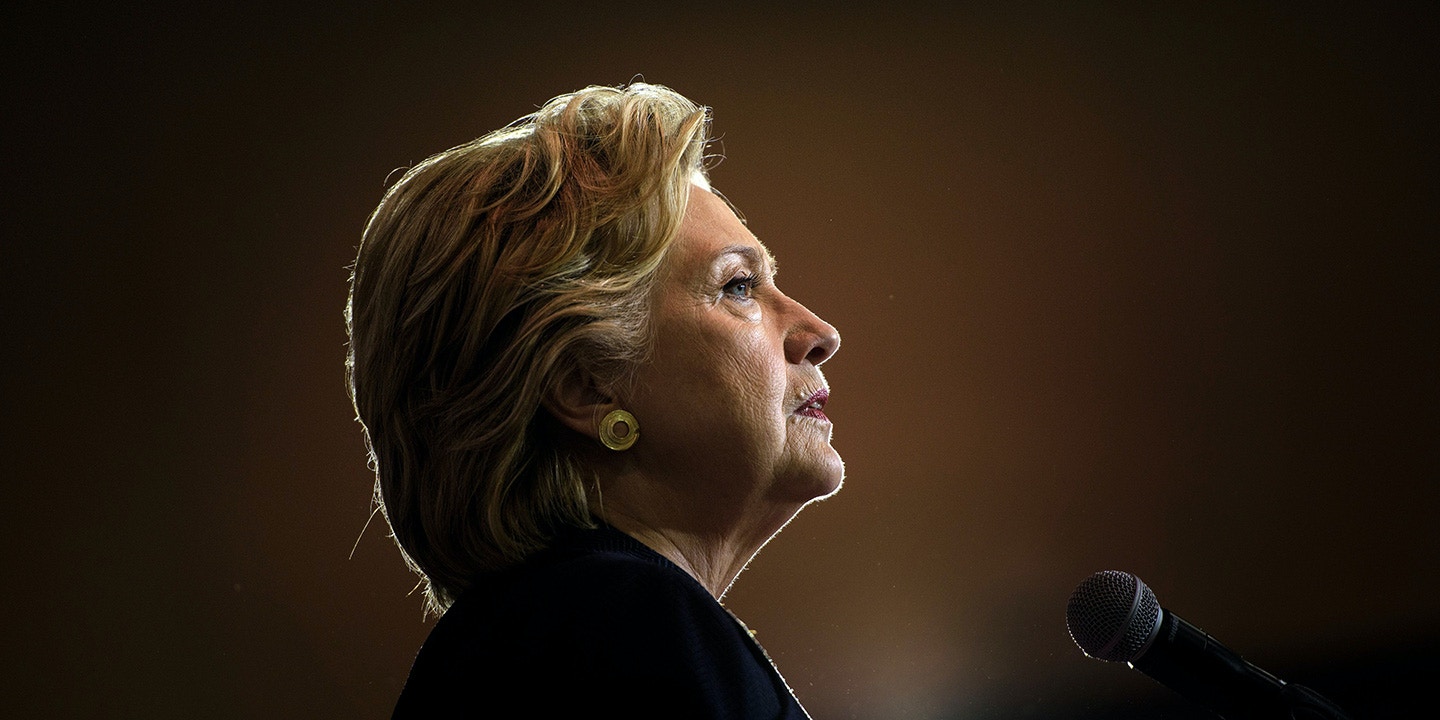 Excerpts of Hillary Clinton’s previously secret speeches to big banks and trade groups in 2013 and 2014 show her exalting the work of her hosts, hardly a surprise when these groups paid her up to $225,000 an hour to chat them up.

Far from chiding Goldman Sachs for obstructing Democratic proposals for financial reform, Clinton appeared to sympathize with the giant investment bank. At a Goldman Sachs Alternative Investments Symposium in October 2013, Clinton almost apologized for the Dodd-Frank reform bill, explaining that it had to pass “for political reasons,” because “if you were an elected member of Congress and people in your constituency were losing jobs and shutting businesses and everybody in the press is saying it’s all the fault of Wall Street, you can’t sit idly by and do nothing.”

Clinton added, “And I think the jury is still out on that because it was very difficult to sort of sort through it all.”

Clinton praised Deutsche Bank in a 2014 speech for “the work that the Bank has done in New York City on affordable housing.”

While Deutsche Bank has given to anti-homelessness campaigns in the past, it was also cited in a New York State Senate report in January for refusing to maintain foreclosed properties in New York City neighborhoods and costing those communities millions in unpaid fines. Deutsche is also about to face a multi-billion-dollar penalty from the Justice Department for defrauding investors with low-quality mortgage securities, leading to the housing meltdown.

Those excerpts were among many listed in an 80-page document prepared by the Clinton campaign, listing potentially damaging quotes from the Democratic nominee’s paid but at that point still secret speeches. The report landed in campaign chairman John Podesta’s email, which was hacked, and then posted by WikiLeaks last week.

In a November 2013 speech to the National Association of Realtors (NAR), Clinton pronounced herself proud to work with the trade group as a U.S. senator to “look for ways to help families facing foreclosure with concrete steps.”

NAR represents real estate agents, who had no authority to assist distressed homeowners. An April 2007 document lists NAR’s priorities in foreclosure mitigation, and they were able to get an amendment exempting mortgage debt forgiveness from being treated as earned income. But the rest amount to “urging” and “supporting” efforts to help homeowners that never happened.

Clinton has historically been far less critical of the revolving door between Wall Street and Washington than many other Democrats, and as secretary of state allowed two of her top aides — Tom Nides and Robert Hormats — to receive big payouts from their big-bank employers before entering public service.

“Thank you for lending me Tom Nides for the past two years,” Clinton said to a crowd at Morgan Stanley on April 18, 2013. As The Intercept reported in July 2015, Nides moved from chief operating officer at Morgan Stanley into Clinton’s State Department, and when Clinton left Foggy Bottom, Nides went right back to Morgan Stanley as a vice chairman.

Clinton joked about the “culture shock” for Nides, working a government job. “You should have seen his face when he learned there were no stock options at the State Department. But he soon not only settled in very nicely, he became positively enthusiastic when I told him we did have our own plane.” Clinton also gushed about Hormats, who joined her at State after a career at Goldman Sachs, in a 2014 speech at JPMorgan Chase.

In excerpts that got some attention last week, Clinton told bankers that financial reform “really has to come from the industry itself,” that “the people that know the industry better than anybody are the people who work in the industry,” and that blaming banks for the crisis was “an oversimplification.”

Her former Democratic presidential rival, Bernie Sanders responded in a statement, “Whatever Secretary Clinton may or may not have said behind closed doors on Wall Street, I am determined to implement the agenda of the Democratic Party platform which was agreed upon by her campaign,” and which “calls for breaking up the largest financial institutions in this country, re-establishing Glass-Steagall and prosecuting those many Wall Street CEOs who engaged in illegal behavior.”

The excerpts reveal that Clinton, when speaking to the financial industry, adopted their mindset and privileged their arguments. The question that arises is whether members of a possible Clinton administration will reflect this worldview, or whether the long primary with Sanders has made that untenable. Some aggressive advocates for progressive appointments believe the latter.

“At State and on the speaking circuit, Clinton was in an environment that encouraged her to view Wall Street bankers as fonts of economic wisdom,” said Jeff Hauser, Director of the Revolving Door Project. “But after 15 months running against a progressive populist like Sanders, Clinton knows that government conducted a by rotating stream of bankers is politically unacceptable.”