In a private, paid appearance, Clinton pointed to the Syrian government’s air defense systems, and noted that destroying them would take the lives of many Syrian civilians. 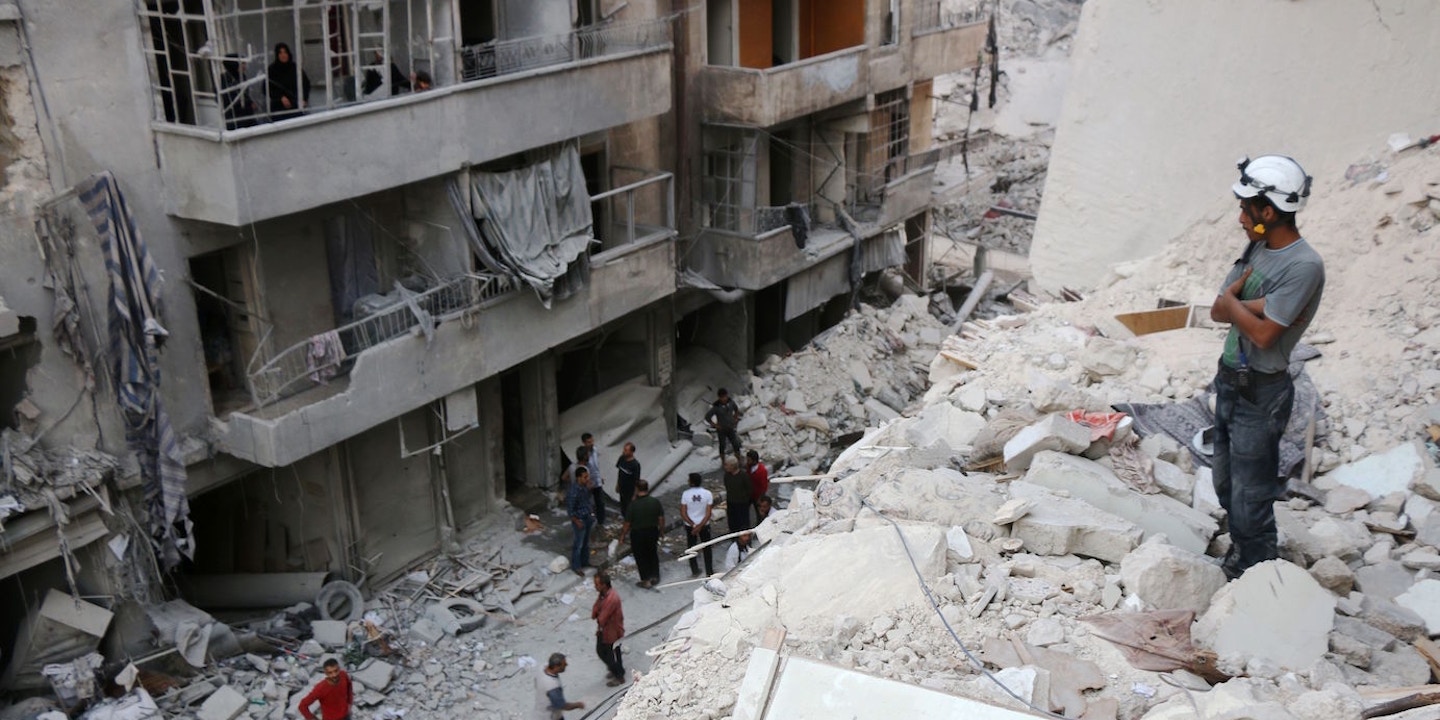 Hillary Clinton reiterated her unreserved support for both a “no-fly zone” and “safe zones” in Syria during Sunday’s presidential debate — but in a partial transcript of private remarks she made at a Goldman Sachs event in 2013, she acknowledged some of the complications involved.

Her comments were included in an 80-page report prepared by the Clinton campaign listing the most politically damaging quotes from Clinton’s paid speeches, which she has refused to make public. Among the recipients of that report was Clinton campaign chairman John Podesta, whose hacked emails were posted by WikiLeaks on Friday.

In her remarks to Goldman Sachs, Clinton pointed to the Syrian government’s air defense systems, and noted that destroying them would take the lives of many Syrian civilians.

“They’re getting more sophisticated thanks to Russian imports. To have a no-fly zone you have to take out all of the air defense, many of which are located in populated areas.  So our missiles, even if they are standoff missiles so we’re not putting our pilots at risk—you’re going to kill a lot of Syrians,” she said. “So all of a sudden this intervention that people talk about so glibly becomes an American and NATO involvement where you take a lot of civilians.”

She also addressed how much harder it would be to intervene in Syria, compared to Libya.

“In Libya we didn’t have that problem. It’s a huge place.  The air defenses were not that sophisticated and there wasn’t very—in fact, there were very few civilian casualties.  That wouldn’t be the case,” she noted. “And then you add on to it a lot of the air defenses are not only in civilian population centers but near some of their chemical stockpiles.  You do not want a missile hitting a chemical stockpile.”

While Clinton admitted these complications in establishing a no-fly zone, she also urged other forms of intervention. “And there is still an argument that goes on inside the administration and inside our friends at NATO and the Europeans.  How do intervene—my view was you intervene as covertly as is possible for Americans to intervene.  We used to be much better at this than we are now,” she said.

She also explained how in her view the civil war could have been avoided by offering concessions to the Syrian people, saying that Syrian leader “[Bashar Al-] Assad very well could have in my view bought them off with some cosmetic changes that would not have resulted in what we have seen over the now two years and the hundred thousand deaths and the destabilization that is going on” in the region.

“Some of us thought, perhaps, we could, with a more robust, covert action trying to vet, identify, train and arm cadres of rebels that would at least have the firepower to be able to protect themselves against both Assad and the Al-Qaeda-related jihadist groups that have, unfortunately, been attracted to Syria,” she noted. “That’s been complicated by the fact that the Saudis and others are shipping large amounts of weapons—and pretty indiscriminately—not at all targeted toward the people that we think would be the more moderate, least likely, to cause problems in the future, but this is another one of those very tough analytical problems.”

Top photo: A Syrian rescue worker surveys rubble in Aleppo, which has been under intense Syrian and Russian bombardment, on October 4