Ecuador has decided “to temporarily restrict access” to the internet inside its embassy in London, effectively cutting off the editor of WikiLeaks. 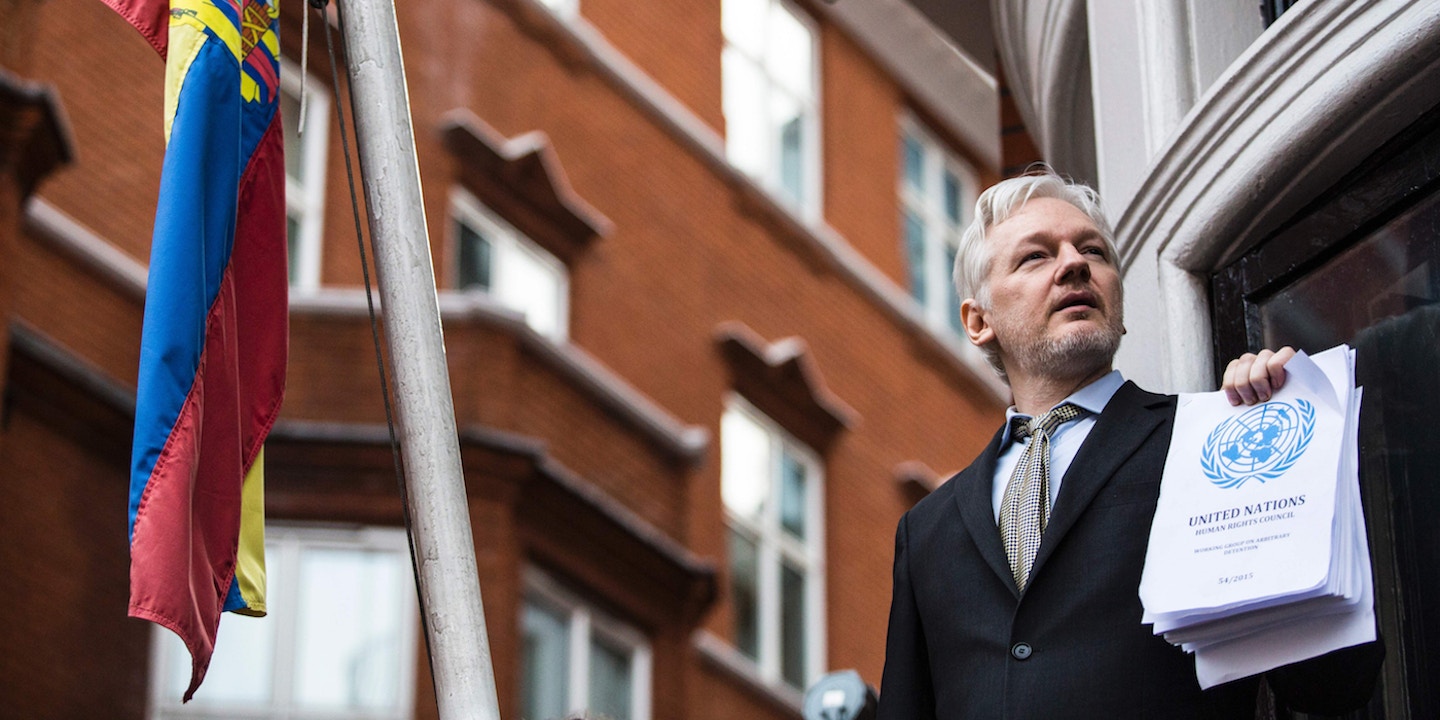 The government of Ecuador confirmed on Tuesday that it had decided “to temporarily restrict access” to the internet inside its embassy in London, effectively cutting off Julian Assange, the editor of WikiLeaks, who has lived there since he was granted political asylum in 2012.

Assange first reported on Monday that his internet connection had been “severed by a state party,” and the organization was forced to resort to a back-up plan to continue its work.

Julian Assange's internet link has been intentionally severed by a state party. We have activated the appropriate contingency plans.

In an official statement, Ecuador’s foreign ministry suggested that the restriction was related to the release of documents by WikiLeaks that could impact the presidential election in the United States.

Official Communiqué | Ecuador respects the principle of non-intervention in the internal affairs of other states ??https://t.co/4F7R5Iktsd pic.twitter.com/5FtbLViMEo

“The Government of Ecuador respects the principle of non-intervention in the internal affairs of other states,” the statement said. “It does not interfere in external electoral processes, nor does it favor any particular candidate.”

As The Intercept reported in August, since WikiLeaks began publishing emails hacked from the accounts of Democratic party officials, the site’s editor has been accused of attempting to undermine Hillary Clinton’s campaign for the presidency.

While a founding principle of WikiLeaks was that its editors would not know the identity of those who supplied them with documents, the U.S. intelligence community said earlier this month that it “is confident that the Russian government directed the recent compromises of emails” later provided to the site, in order “to interfere with the U.S. election process.”

Intelligence officials have not disclosed evidence to support their attribution of responsibility to Russia, but private cybersecurity experts who investigated the hacking of the Democratic National Committee’s servers pointed to what they called strong circumstantial evidence.

The communique released by Ecuador on Tuesday said that the country “does not yield to pressure from other states,” but WikiLeaks claimed to have learned from unnamed American sources that a request to shut down Assange’s work had come from Secretary of State John Kerry.

WikiLeaks most recently published emails hacked from the Gmail account of the Clinton campaign chairman, John Podesta, which included partial transcripts of paid speeches Clinton gave to Wall Street bankers after her tenure as secretary of state.

Ecuador’s president, Rafael Correa, told the Russian government’s news channel RT last month that a victory for Clinton would be better for the United States, and the world, but a Trump win could produce benefits for left-wing parties in Latin America.

“Obviously, for the U.S., it would be better if Hillary won. I know her personally and have a great deal of respect for her,” Correa told RT.

“But, seriously, Trump would be better for Latin America,” he continued. “When did progressive governments come to power in Latin America? With Obama or with Bush? Bush’s primitive policies were rejected so much that it caused reaction in Latin America. Trump would do the same: maximize the contradictions.”

“So, for the good of the U.S. and the world, and because of my personal esteem for her,” Correa concluded, “I want Hillary to win.”