Joshua Wright is in charge of transition efforts at the influential Federal Trade Commission after pulling off the rare revolving-door quadruple-play. 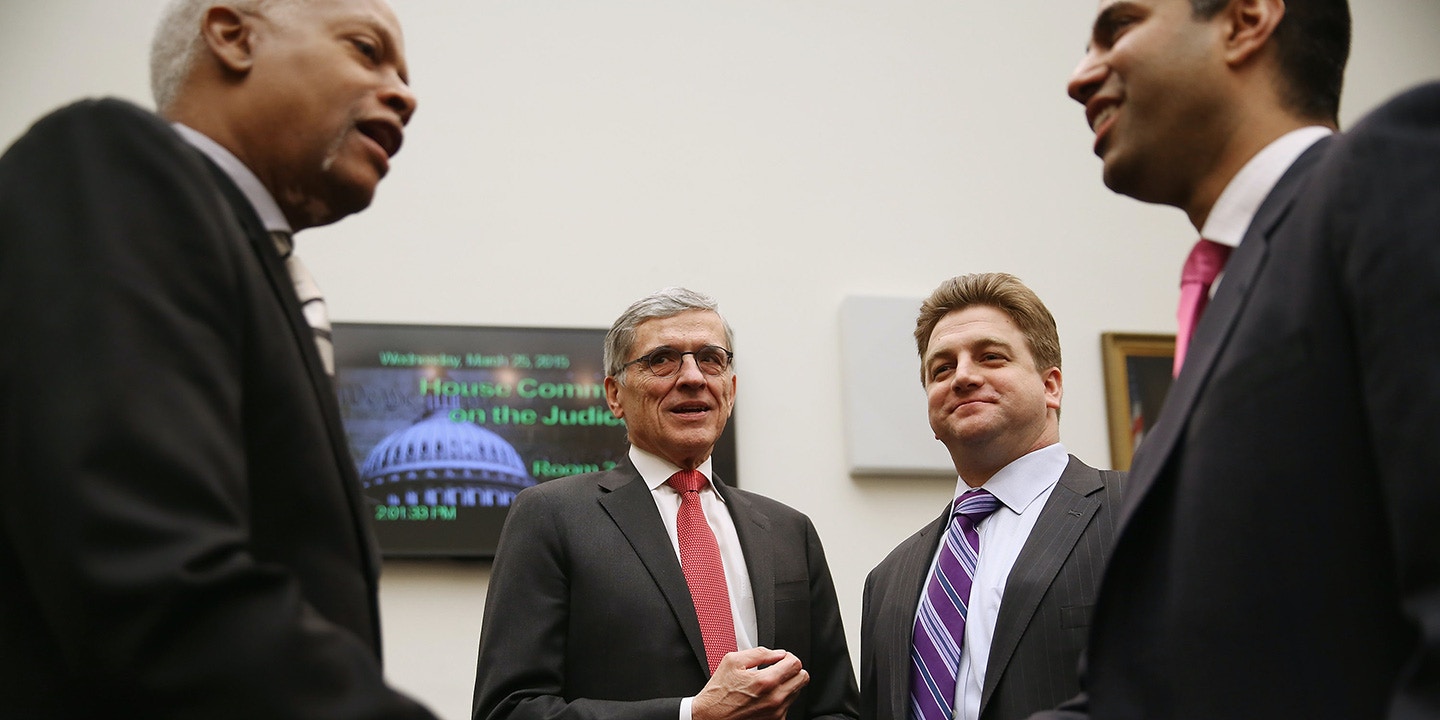 Google is among the many major corporations whose surrogates are getting key roles on Donald Trump’s transition team.

Joshua Wright has been put in charge of transition efforts at the influential Federal Trade Commission after pulling off the rare revolving-door quadruple-play, moving from Google-supported academic work to government – as an FTC commissioner – back to the Google gravy train and now back to the government.

The Intercept has documented how Wright, as a law professor at George Mason University, received Google funding for at least four academic papers, all of which supported Google’s position that it did not violate antitrust laws when it favored its own sites in search engine requests and restricted advertisers from running ads on competitors. George Mason received $762,000 in funding from Google from 2011 to 2013.

Wright then became an FTC commissioner in January 2013, agreeing to recuse himself from Google cases for two years, because of his Google-funded research. He lasted at the FTC until August 2015, returning to George Mason’s law school (now named after Antonin Scalia). But Wright also became an “of counsel” at Wilson Sonsini Goodrich & Rosati, Google’s main outside law firm. Wilson Sonsini has represented Google before the FTC.

Wright’s leadership position in the Trump FTC transition flips him back into government work. The FTC has two open seats on its five-member panel, and Chair Edith Ramirez’s term ends in April 2017. So Trump will be able to remake the agency, which has responsibilities over consumer protection and policing anti-competitive business practices, like the employing of monopoly power. Outside of the Justice Department’s Antitrust Division, no government agency is more responsible for competition policy than the FTC.

Whether Wright recommends himself to an FTC commissioner slot or not, it’s clear that he would favor those who see only upside from market consolidation. Indeed, in a New York Times op-ed on Monday, Wright explained his view that “a high level of concentration in an industry simply does not mean the industry lacks competition.” He argued that mergers are often good for consumers because they lower prices and improve product quality.

This flies in the face of a raft not just of common sense, but also of new research from the Council of Economic Advisers, the Federal Reserve, and academics, showing that excessive mergers lead to price hikes, lower productivity, and weakened economic vitality.

The appointment clarifies to some extent how a Trump administration will operate on antitrust policy, especially as it relates to Silicon Valley. Trump’s personal history on the issue is mixed: He sued the NFL over antitrust violations while a team owner in the rival USFL, but also successfully defended himself against charges that he tried to monopolize the casino business in Atlantic City.

During the campaign he presented a populist viewpoint on the issue. Perhaps out of personal animus, Trump has shown a particular willingness to investigate large media companies over antitrust, including threatening to blow up the pending AT&T-Time Warner merger (Time Warner is the parent company of CNN) and vowing to investigate Amazon (whose CEO Jeff Bezos owns the Washington Post). Because of Silicon Valley’s significant support of the Clinton campaign and Google’s deeply intertwined relationship with the Obama presidency, it was thought that Trump would also go after the tech industry. For example, Trump’s Federal Communications Commission transition leader, Jeffrey Eisenach, once supported breaking up Microsoft.

But the selection of Wright, one of Big Tech’s biggest defenders in Washington, changes that calculus. Now it look as if Trump’s high-level attacks on his enemies might not flow down to the appointees inside the bureaucracy, who could be more inclined to wave through big media mergers and decline to enforce high-tech collusion.

Google is currently facing antitrust allegations in Europe. In May, Politico reported that the FTC planned to take a second look at Google’s search bias, three years after they closed an investigation, despite reported recommendations to prosecute from agency staff. Having someone on the Google payroll twice doing hiring for the new Administration may halt any new investigation at the FTC.