The head of IBM is a big fan of Trump’s plan to slash IBM’s taxes. 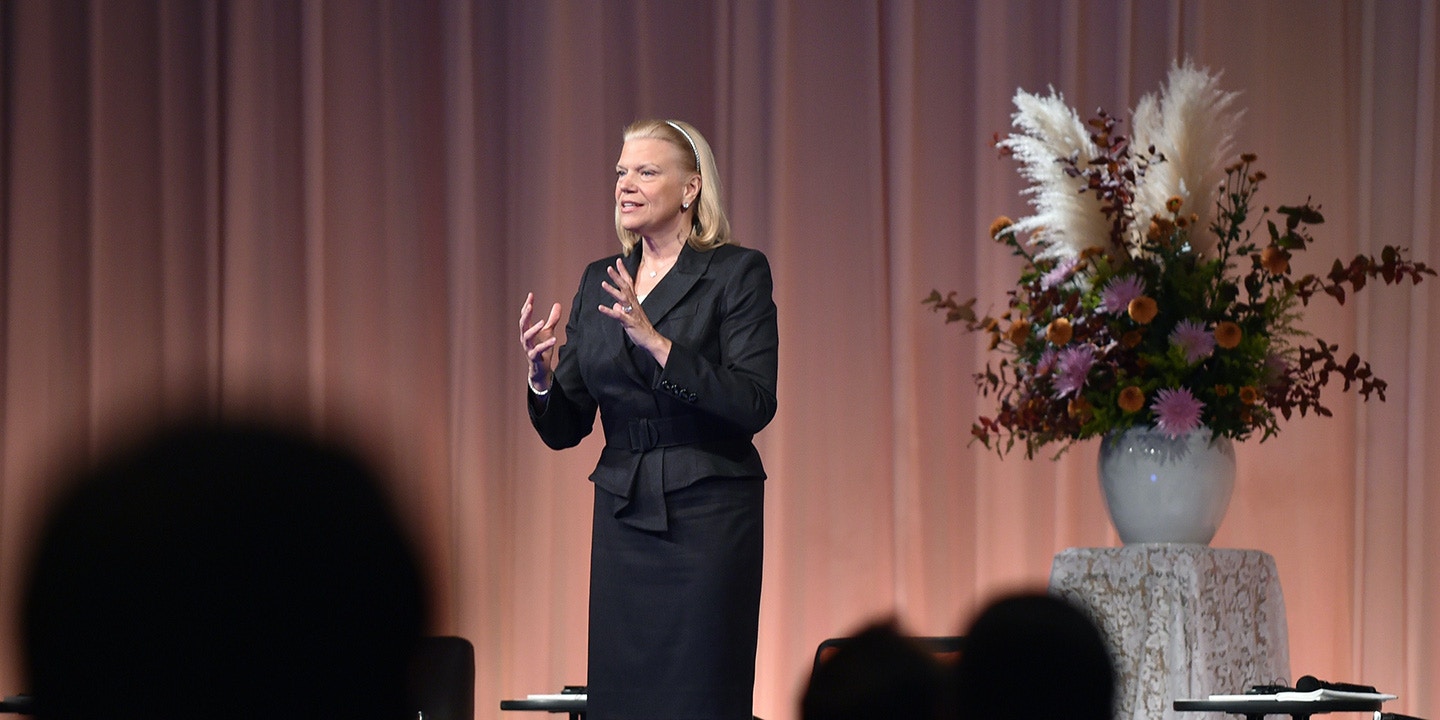 The election of Donald Trump will be a moment of reckoning for America’s tech firms, which hold an unprecedented amount of power in the face of a president who holds an unprecedented disregard for basically everything. We’ll see, gradually, if Silicon Valley bows to Trump, remains neutral, or tries to counter his genuinely destructive agenda.

Today, we’ve learned one thing: IBM is ready to make money from the Trump administration.

It’s safe to assume some firms with substantial existing government contracts (like Palantir) will continue business as usual. Amazon CEO Jeff Bezos, despite direct threats from Trump to destroy his company, went out of his way to publicly make nice with the president-elect just two days after the election.

In a letter obtained by CNBC, IBM CEO Ginni Rometty personally congratulated the president-elect and stated, “I know that you are committed to help America’s economy grow in ways that are good for all of its people.” She then laid out six separate ways in which IBM’s business could dovetail with Trump’s national agenda — including information services available to the most erratic, dangerous presidency in American history. Those services included a “cognitive computing system” for the Department of Veterans Affairs, artificial intelligence for infrastructure, and “data analytics, data center consolidation, and the use of cloud technologies” to cut government costs.

The current statutory tax rate for U.S.-based multinational corporations is 35 percent on profits earned anywhere in the world. However, tax law allows companies to defer paying taxes on profits they earn overseas until they bring the money back to the U.S. This has given corporations a huge incentive to do two things: 1) Use accounting chicanery to make as much of their profits as possible seem to have been “earned” in other countries, and 2) Leave those profits overseas until they can arrange a special sweetheart tax deal for themselves.

Because of this, American companies now hold a staggering $2.4 trillion in other countries. That’s more than all the profits every U.S. company makes in a year combined, or, looked at another way, about 14 percent of the size of the entire U.S. economy.

Donald Trump’s official economic plan calls for the $2.4 trillion to be taxed at a special, one-time rate of 10 percent. Then the statutory rate going forward would be lowered from 35 percent to 15 percent.

About $68 billion of that $2.4 trillion belongs to IBM, the 5th largest amount of all U.S. corporations. Trump’s proposed tax rate of 10 percent could therefore theoretically save the company — and cost the U.S. Treasury — as much as $13.6 billion. (For various reasons it would be somewhat less than that in practice.)

In her letter, Rometty calls the current tax system “outdated and punitive” and said Trump’s plan will “free up capital that companies of all sizes can reinvest in their U.S. operations, training and education programs for their employees, and research and development programs.”

This is exactly the kind of claim made by U.S. corporations when lobbying for a previous tax holiday in 2004. After that corporate bonanza, U.S.-based multinationals actually cut jobs and decreased spending on research and development. According to Bill Clinton, George W. Bush “got so mad that he signed the five and three-quarter percent repatriation bill and, he said, none of it was reinvested.”

Instead corporations used the money for stock buybacks and to pay executives more. Compensation for the top five officials at the largest affected companies went up about 60 percent in the two years after the tax holiday.

So, now we know where IBM stands. Maybe Rometty doesn’t like Trump, or condone his views. Maybe Rometty voted against him. But we know, at the very least, that she’s eager to profit from his victory.