Kansas congressman Mike Pompeo has called for “the traitor Edward Snowden” to be executed. 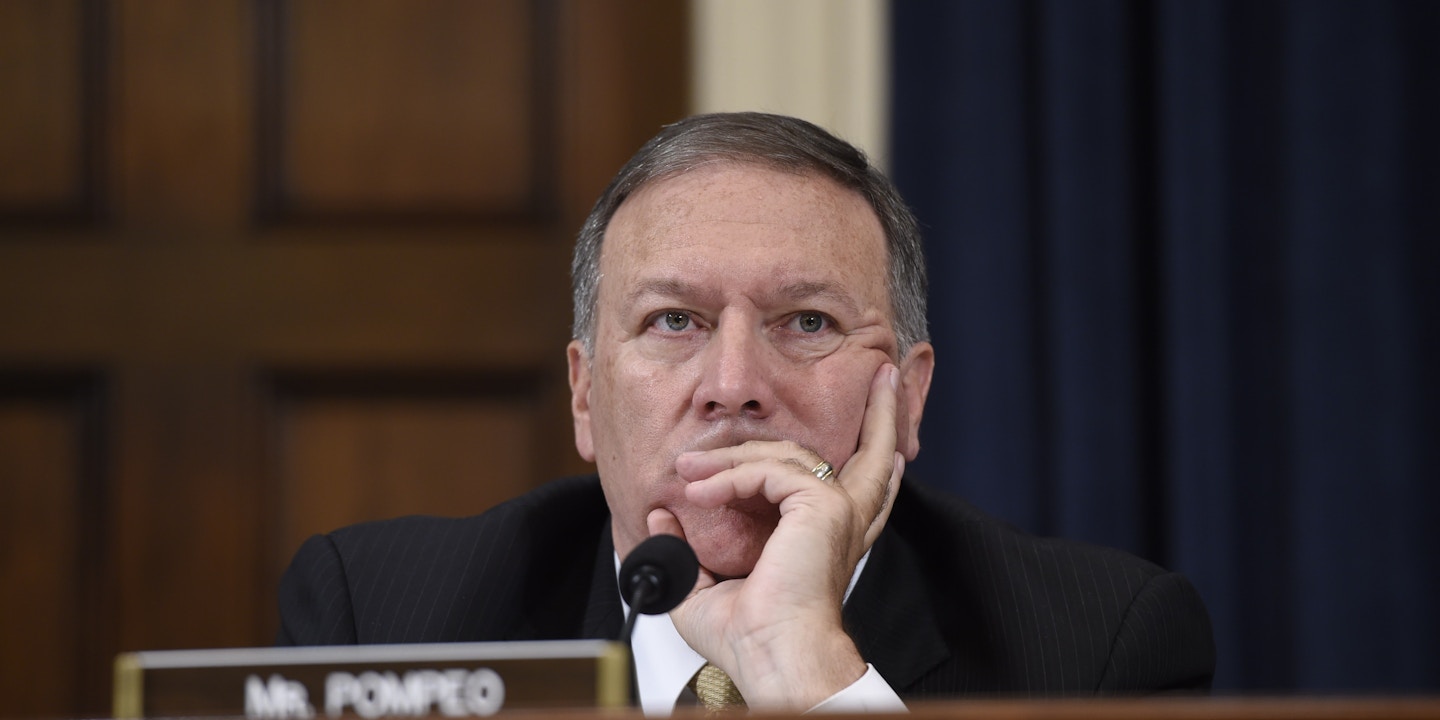 President Obama indicated on Friday that he won’t pardon NSA whistleblower Edward Snowden, even as President-elect Donald Trump announced his pick to run the CIA: Kansas congressman Mike Pompeo, who has called for “the traitor Edward Snowden” to be executed.

Pompeo has supported nearly unfettered NSA surveillance, has blamed Muslim leaders for condoning terror, and is one of the most hyperbolic members of Congress when it comes to describing the Islamic State, which he has called “an existential threat to America” and “the most lethal and powerful terrorist group ever to have existed.”

In an interview with Obama published on Friday, German newspaper Der Spiegel asked: “Are you going to pardon Edward Snowden?” Obama replied: “I can’t pardon somebody who hasn’t gone before a court and presented themselves, so that’s not something that I would comment on at this point.”

But P.S. Ruckman, editor of the Pardon Power blog said Obama is wrong to suggest he couldn’t pardon Snowden if he wanted to. Ruckman noted that Obama has previously only granted pardons and commutations to people who have already been convicted. “I just think what he may have better said is: ‘I prefer that he present himself to a court and then we’ll talk turkey.’ But technically in terms of the Constitution, there are no restrictions at all.”

The operative Supreme Court ruling, from 1886, states that “The power of pardon conferred by the Constitution upon the President is unlimited except in cases of impeachment. It extends to every offence known to the law, and may be exercised at any time after its commission, either before legal proceedings are taken or during their pendency, or after conviction and judgment. The power is not subject to legislative control.”

Obama said that although Snowden “raised some legitimate concerns,” he “did not follow the procedures and practices of our intelligence community.”

Obama also suggested that the debate is between people holding two extremist positions: people who “think we can take a 100-percent absolutist approach to protecting privacy” and “those who think that security is the only thing and don’t care about privacy.”

Very few people actually occupy either extreme. But Pompeo, a three-term congressman and former Army officer, is about as close as it comes to the latter.

In a 2014 letter, Pompeo accused Snowden of “intentional distortion of truth that he and his media enablers have engaged in.” Pompeo supports virtually no legal barriers to having the NSA spy on Americans, and has alarmed civil liberties advocates with many of the positions he has taken while serving on the House Intelligence Committee. Not only has he argued that the NSA should resume its phone records program, he has called on Congress to “pass a law re-establishing collection of all metadata, and combining it with publicly available financial and lifestyle information into a comprehensive, searchable database.”

Pompeo is also a staunch defender of the prison at Guantanamo Bay, calling it an “important national asset,” and repeatedly arguing that closing the facility would endanger Americans. He has also defended CIA torturers, saying that “these men and women are not torturers,” and that “the programs being used were within the law.” He called the exhaustive, 6,000-page Senate torture report “some liberal game being played by the ACLU and Sen. Feinstein.”

“Congressman Pompeo’s positions on bulk surveillance and Guantanamo Bay also raise serious civil liberties concerns about privacy and due process,” the ACLU said in a statement. “These positions and others merit serious public scrutiny through a confirmation process. His positions on mass surveillance have been rejected by federal courts and have been the subject of several lawsuits filed by the ACLU.”

Pompeo has also accused Islamic faith leaders of being “potentially complicit” in the 2013 Boston Marathon bombing. “When the most devastating terrorist attacks on America in the last 20 years come overwhelmingly from people of a single faith, and are performed in the name of that faith, a special obligation falls on those that are the leaders of that faith,” Pompeo said in a speech on the House floor. “Instead of responding, silence has made these Islamic leaders across America potentially complicit in these acts and more importantly still, in those that may well follow.”

Because numerous Islamic leaders had in fact condemned the attack, the Council on American Islamic issued a letter calling his remarks “false and irresponsible,” and urged him to publicly correct them.

Top photo: Pompeo listens at a hearing of the House Select Committee on Benghazi.