These are not your ordinary look-forward-to-hearing-your views nominees. They’re a rogue’s gallery of apologists for torture, discrimination, and all manner of abuses of civil and human rights. 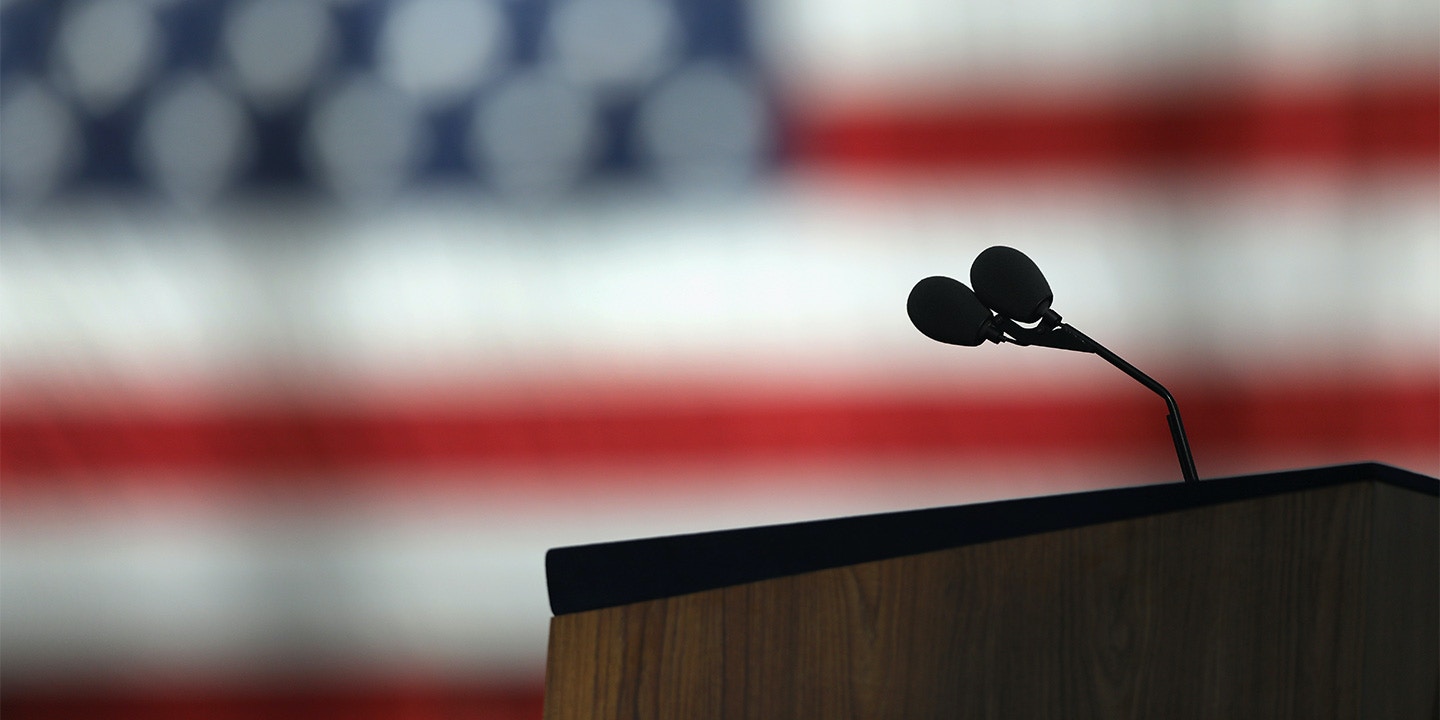 Donald Trump has nominated some of the worst of the worst to serve in his cabinet — a rogues gallery of apologists for torture, racial and religious discrimination, deportation, and all manner of abuses of civil and human rights.

But rather than present a vigorous and united front against these nominees and demand that Trump replace them, Democrats and Republicans who in the past have been sensitive to concerns about civil liberties are instead offering to give them a chance — or actually supporting them.

There has been one notable exception: the outcry from Democrats about Trump’s selection of Breitbart News executive Steve Bannon as his chief strategist. Some 169 House Democrats signed a letter calling on Trump to fire Bannon, pointing to allegations of anti-Semitic remarks he made. They were also joined by 10 sitting senators and Maryland’s Democratic Senator-elect Chris Van Hollen.

Anti-Semitism, then, would appear to be a litmus test for congressional Democrats.

But not Islamophobia, or the advocacy of human rights abuses like torture.

Take, for example, Michael Flynn, the former general and director of Obama’s Defense Intelligence Agency who Trump has tapped to be his national security advisor. Flynn was instrumental in laying the groundwork for the Joint Special Operations Command’s dirty wars in the Muslim world, and was critical of Obama for ending the use of torture and committing to not putting additional prisoners in Guantanamo Bay.

He’s also maintained a Twitter account where he didn’t shy away from telling people to fear Muslims:

Fear of Muslims is RATIONAL: please forward this to others: the truth fears no questions... https://t.co/NLIfKFD9lU

Although Flynn does not have to face Senate confirmation, federal lawmakers could still make their voices heard about his extremism.

Most in Congress have not yet responded to the Flynn pick. But Rhode Island Sen. Jack Reed, the ranking Democratic member on the Senate Armed Services Committee, put out a statement saying that Flynn “served honorably” and that he respects him. “He is familiar with the complex set of security challenges that we face,” Reed’s statement noted.

The only note of criticism was in two sentences implying that the only issue with Flynn is some ill-tempered remarks he made during the presidential campaign: “I do not agree with General Flynn on every issue. I have concerns about some of the statements he made in the heat of the campaign,” Reed said.

(The statement was delivered prematurely, before Flynn was actually named to the spot, but The Intercept confirmed on Friday with Reed’s office that they stand by it.)

Then there’s Trump’s pick for CIA chief, Kansas Republican Rep. Mike Pompeo, who will have to be confirmed by the Senate. Pompeo is an outspoken defender of CIA torture that was used by the Bush administration, has called for the death penalty for NSA whisteblower Edward Snowden, and implied after the Boston bombings that “Islamic leaders across America” are “potentially complicit in these acts” because they supposedly refuse to speak out against terrorism (they actually have spoken out many, many times).

California Democratic Rep. Adam Schiff  did speak out out against Flynn — writing that he worried “about an impulsive president with a volatile advisor” — but then praised Pompeo as someone “who is willing to listen and engage,” even if they have differences:

While we've had our share of strong differences, I know he's someone who is willing to listen and engage, both key qualities in CIA Director https://t.co/Gm0v1OPLSD

This is particularly troubling because Schiff is a senior member of the House Intelligence Committee, meaning that his views could influence those of many of his colleagues. And his remarks were blasted out in a Trump transition team press email titled “President-elect Donald J. Trump’s CIA Director Garners Praise” over the weekend.

The incoming ranking Senate democrat on the Intelligence Committee, Virginia’s Mark Warner, didn’t even bother to list any disagreements with Pompeo. In a short statement posted to his website, Warner simply congratulated Pompeo and said he would “look forward to learning more about his views on national security and intelligence policy and his vision for the CIA.”

The incoming ranking Senate Democrat on the Judiciary Committee, California Sen. Diane Feinstein, did note that Pompeo was “absolutely wrong” about his claim that the CIA’s torture techniques were legal, but did not mention if she would oppose him.

There are also Republicans who are typically strong on civil liberties issues who refrained from opposing Pompeo. Michigan Republican Justin Amash, a strong critic of government intelligence agencies, noted his disagreements with Pompeo but also called him a “great pick”:

I know @RepMikePompeo. He's a great pick. Yes, we have our disagreements, but Mike will listen to our concerns and serve with integrity. https://t.co/DD9HOqyr7C

For the attorney general slot, Trump tapped Alabama Republican Sen. Jeff Sessions, who will also require Senate confirmation. Sessions has a troubling history of opposition to civil rights, and is a staunch advocate of crackdowns against undocumented immigrants.

The incoming Democratic Senate leader, New York’s Chuck Schumer, said in a chummy statement that “I know Senator Sessions and we work out in the gym.” Schumer added: “I am very concerned about what he would do with the Civil Rights Division at the Department of Justice and want to hear what he has to say.”

Arizona Republican Sen. Jeff Flake appeared unbothered by Sessions’s record. Flake is relatively moderate on civil rights and immigration issues, and refused to support Trump due to his advocacy of discrimination. But that didn’t stop him from almost immediately announcing his support for Sessions:

.@SenatorSessions is well like and well regarded, even by those who don't always agree with him. I look forward to supporting his nomination

Criticism of the Trump picks has been scattershot. Amash, despite his praise of Pompeo, expressed concern about Sessions, noting the wide powers he’d have as attorney general. Democratic Rep. Don Beyer, who represents a Northern Virginia district with a large Muslim population, put out a statement condemning both Flynn and Sessions. Kentucky Republican Sen. Rand Paul, upon hearing rumors that the warmongering John Bolton may be picked as secretary of state, blasted out an op-ed denouncing a Bolton pick as a betrayal of Trump’s campaign promises; he also said that Pompeo must answer for his support for waterboarding.

Senate Intelligence Committee member Ron Wyden, D-Ore.,  had perhaps the strongest statements of any Democratic senator, calling Flynn’s remarks about Muslims “profoundly alarming” and criticizing his posture on torture and other war crimes. Wyden also said that Pompeo’s claim that the CIA torture program was legal and that it should not have been exposed were “deeply troubling.”

The reaction from progressive movement leaders to these picks has been furious. “It’s hard to imagine a more divisive set of nominees, and these appointments fly in the face of Trump’s claim that he wants to unite Americans,” MoveOn.org executive director Anna Galland said in a statement. “These nominees are the worst-case scenario and are terrifying for Americans and people around the world.”

Trump is finally in a position to be held accountable. And for members of Congress to simply express isolated disagreements with these extreme nominees — but say they will support them anyway or plan to give them a fair hearing — essentially throws away any leverage Congress has to pressure Trump to appoint people to the government who respect civil and human rights.