Despite some drama over a review of private prisons, Homeland Security is likely to keep using the facilities to house immigrants prior to deportation. 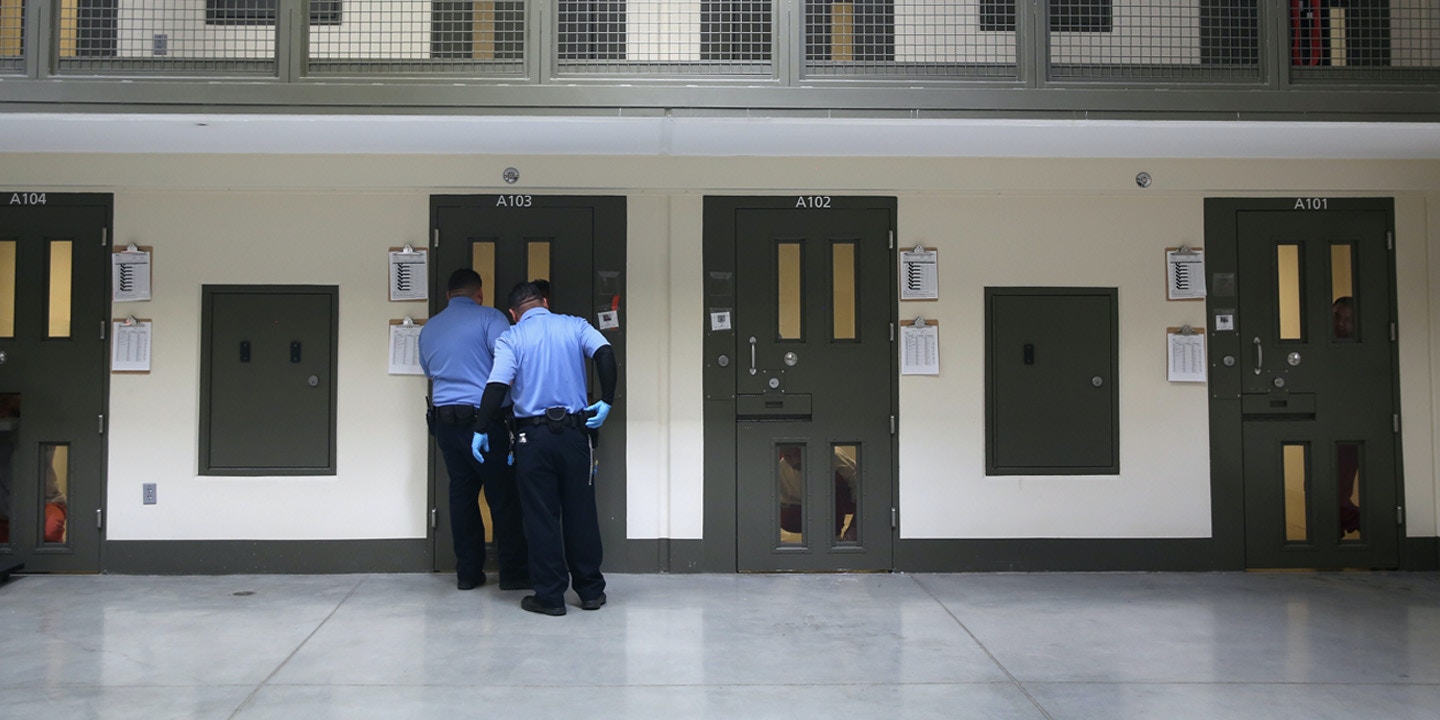 Private immigration detention facilities may be bad — but they’re probably not going anywhere.

That, in essence, was the conclusion of a much-anticipated review of the Department of Homeland Security’s reliance on private companies to detain an immigrant detainee population that’s reaching historic highs, which the president-elect is promising to escalate to even greater levels.

The report, produced by a panel of law enforcement, national security, and military experts, was commissioned by the Department of Homeland Security on the heels of a similar review by the Department of Justice in August. In that report, the DOJ found that private prisons “simply do not provide the same level of correctional services, programs, and resources,” “do not save substantially on costs,” and “do not maintain the same level of safety and security” as facilities operated by the Bureau of Prisons. The Justice Department said it would begin to gradually phase out its own private contracts — which make up a fraction of private prison companies’ business when compared to federal immigration detention centers.

“Much could be said for a fully government-owned and government-operated detention model, if one were starting a new detention system from scratch,” said the report. “But of course we are not starting anew.”

“Fiscal considerations, combined with the need for realistic capacity to handle sudden increases in detention, indicate that DHS’s use of private for-profit detention will continue,” the report concluded. Only one of the six members of the Homeland Security Advisory Council subcommittee that drafted the report, Marshall Fitz, dissented, recommending instead “a measured but deliberate shift away from the private prison model.”

But when the report — and its conclusion that private prisons were an inevitable evil — was brought to the broader HSAC committee for a vote, it sparked a contentious discussion. The committee ultimately voted 17-5 to make Fitz’s dissent the report’s recommendation to DHS.

Carl Takei, an attorney at the ACLU’s National Prison Project, called the vote a “stunning reversal.”

“It is tremendously important that the full Homeland Security Advisory Council voted to shift away from using private prisons to detain immigrants,” he told The Intercept in an email. “These are not immigrant rights advocates — they are a nonpartisan expert council of law enforcement, national security, military, and corporate leaders.”

“Secretary Johnson now needs to move swiftly to reduce his agency’s reliance on private prisons,” he added, “starting with facilities with longstanding records of abuse and neglect holding ICE detainees.”

Unfortunately, since HSAC serves in an advisory function only, the symbolically powerful vote is unlikely to have much effect.

According to Immigrations and Customs Enforcement, the DHS agency in charge of immigration detention, more than 70 percent of its detainees are held in privately run facilities. Earlier this year the average number of individuals in detention skyrocketed to an unprecedented 41,000, and immigration officials expect that number to soon hit 45,000. President-elect Donald Trump has pledged to deport 2 to 3 million immigrants when he takes office. If he plans to do so without violating due process protections, deportations on that scale would cause immigration detention numbers to rapidly skyrocket by the tens of thousands.

A spokesperson for the GEO Group, one of the two largest private prison companies, said in a statement that “in spite of the past rhetoric and inaccurate claims,” the HSAC report’s findings confirm the company’s “long history of providing culturally responsive, safe, and humane environments.”

DHS did not respond to a request for comment, but Secretary Johnson made the agency’s position clear last month when — with the HSAC review still in process —he authorized ICE “to acquire additional detention space.”

In fact, since the DOJ announced the phase-out of private prison contracts, ICE has moved to negotiate at least 15 new or expanded contracts, with both private prisons and local jails, adding more than 3,600 beds, according to research compiled by Detention Watch Network. That included quickly moving to reopen the Cibola County Correctional Center in Milan, New Mexico, formerly a BOP prison run by Corrections Corporation of America, as an immigration detention center. And, as The Intercept previously reported, the DOJ itself also renewed two of its own contracts with private prisons.

“ICE should never have signed the massive new Cibola private prison contract while the HSAC review was pending,” said Takei. “Now that the full HSAC committee has made its recommendation, Secretary Johnson needs to heed that recommendation and undo ICE’s rogue contracting decision.”

Mary Small, Detention Watch Network’s policy director, said the HSAC report was disappointing but not surprising. “The investigation’s findings don’t respond to the mountain of evidence against private prison facilities, which are rife with abuse, mismanagement, and neglect,” she said. “Instead, the committee focused first on saving money, rather than ensuring the safety and dignity of people in ICE’s custody.”

Ahead of the HSAC review, Detention Watch Network released its own report on the “toxic relationship” between private prisons and U.S. immigration detention. “Throughout the system, we see evidence that these companies seek to maximize their profits by cutting costs at the expense of people’s health, safety, and wellbeing,” the report found. “[They] are not accountable and don’t experience consequences for even severe deficiencies; exert undue influence over government officials and immigration policy; and fight tooth and nail to avoid even minimal transparency.”

“While the investigation was taking place,” Small added, “ICE was recklessly expanding detention to an unprecedented level by entering into and renewing contracts with private prison companies, ultimately compromising the integrity of the investigation from the very beginning.”

Top photo: Guards prepare to escort an immigrant detainee from a “segregation cell” back into the general population at the GEO Group-managed Adelanto Detention Facility on Nov. 15, 2013, in Adelanto, California.