Obama Will Preserve Senate Torture Report in His Presidential Library

The move means the public still can’t see the report — but at least it will be safe from the Republicans who have attempted to have it destroyed. 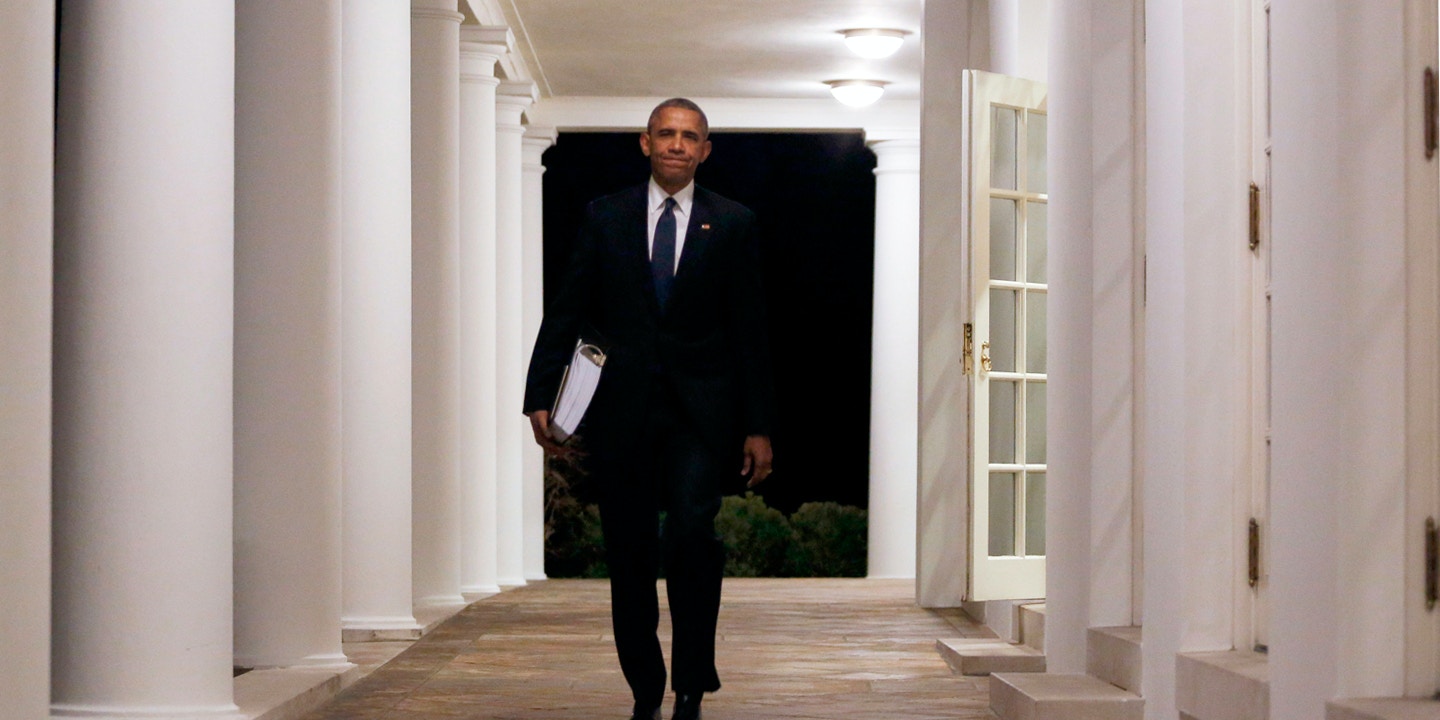 The Senate Intelligence Committee’s 6,700-page history of the CIA torture program will be kept among Barack Obama’s presidential papers — safe from the Republicans on the committee who have attempted to have it destroyed.

The executive summary of the report, which was released in December 2014, contained shocking description of brutal torture tactics like waterboarding, “rectal feeding,” and rectal exams conducted with “excessive force.” Following the election of Donald Trump, Senate Democrats have urged Obama to make the full report public, fearing that it could be destroyed.

The public will still have to wait to see the report, however. In a letter to the Senate Intelligence Committee’s top Democrat, Dianne Feinstein, White House Counsel Neil Eggleston wrote that “the President has informed the archivist that access to classified material, among other categories of information, should be restricted for the full twelve years allowed under the act.”

After the report was completed, the Intelligence Committee sent copies to the White House, the CIA, the Department of Justice, and several other federal agencies, hoping to dissuade the agencies from practicing or authorizing torture in the future.

After Republican Sen. Richard Burr succeeded Feinstein as Intelligence Committee chairman in 2015, he requested the distributed copies returned to Congress. Democrats expressed concerns that the full report could be destroyed.

While the Obama administration has not complied with Burr’s request, executive branch policy remains that the report should not actually be read by anyone. A year after it was released, government lawyers confirmed that at the Department of Justice, it had not even been taken out of its package, and that the CIA had made “very limited use of it.” The administration has also refused to make the report available under the Freedom of Information Act.

“The report represents six years of hard work by dedicated staff, and I firmly believe its 6,700 pages and 38,000 footnotes will stand the test of time,” Feinstein said in a statement. “I also strongly believe that this must be a lesson learned — that torture doesn’t work.”

“It’s my very strong belief that one day this report should be declassified. The president has refused to do so at this time, but I’m pleased the report will go into his archives as part of his presidential records, will not be subject to destruction and will one day be available for declassification.”

But Sen. Ron Wyden, D-Ore., said Obama’s move falls well short of what’s necessary. “This history belongs to the American people,” Wyden said. “It’s also urgent. As we’ve already seen, burying the study achieves nothing but to create an information vacuum that gets filled with uninformed and highly dangerous propaganda.”

Anti-torture advocates argued that a full public accounting of the facts would dissuade the CIA from using torture in the future.

“Torture is as illegal now as it was then,” said Sarah Dougherty, senior fellow at Physicians for Human Rights. “And it is critical for our leaders, the public, and future generations to understand what happened in order to ensure that these devastating mistakes are not repeated.”