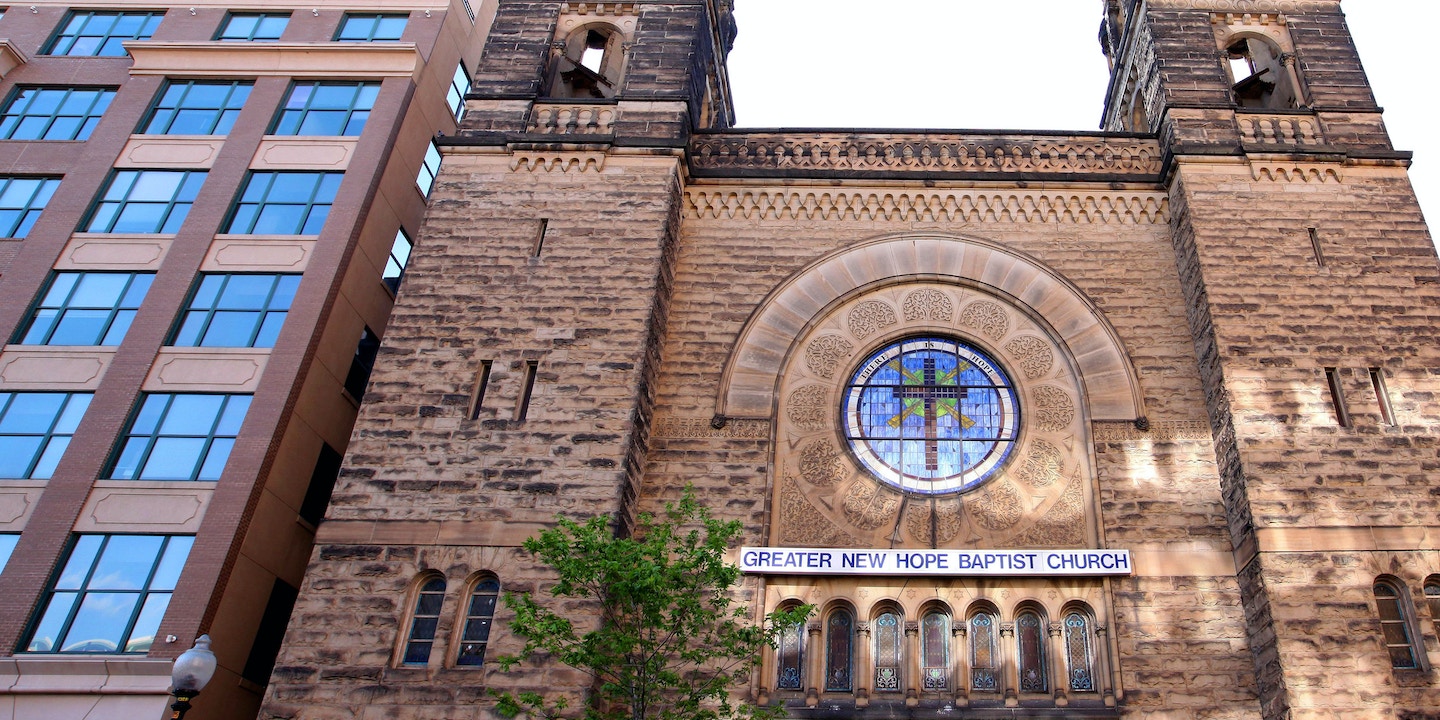 Right-wing Israeli lawmakers in town for Donald Trump’s inauguration addressed prominent American evangelicals gathered at Greater New Hope Baptist Church in downtown Washington, D.C. on Thursday, lecturing them on the importance of moving the U.S. embassy to Jerusalem and offering hope that President-elect Donald Trump would fulfill his promise to do so.

He began his remarks by approvingly quoting Psalm 72, which speaks of welcoming a new king. “It is a prayer for King Solomon, and it is the prayer for all kings and especially a prayer for the king of the United States.”

He then pivoted to explaining his own path to politics — how he went from a hardline rabbi advocating permanent settlements in the Palestinian territories to being elected as a Likud lawmaker — describing his victory as a miracle.

“Tomorrow, 21 hours from now, and 14 minutes, there will be another miracle!” he said, speaking of Trump’s election to sustained applause.

(Cyrus is the Persian King referred to in the Hebrew Bible who rescued Jews from their exile in Babylon.)

Moving the U.S. embassy to Jerusalem is a goal sought by Israeli government officials, such as Netanyahu, who seek to make Jerusalem the undivided capital of the state of Israel. That would preclude the Palestinians from establishing a state that includes East Jerusalem — where 300,000 of them live today with severely curtailed rights. Most international observers believe that this would render the two-state solution impossible and thus be damaging to peace.

While campaigning for president, Donald Trump initially wouldn’t commit to moving the embassy — but by the end of the campaign cycle placed himself fully behind the relocation to Jerusalem. Asked about Trump’s current position on Thursday, incoming White House Press Secretary Sean Spicer asked reporters to “stay tuned.” “There will be a further announcement on that,” he said.

At a briefing on Capitol Hill before the event, Glick was joined by Sharren Haskel, the Knesset’s youngest lawmaker and a fellow Likud member, who echoed many of the same themes in an interview with The Intercept.

“In this new administration, we have a lot of hopes,” Haskel told The Intercept. “We do hope that one of the first moves that Donald Trump will do is to move the embassy.”

Glick told The Intercept that many in Israel didn’t feel like Obama was willing to consider their point of view. “Can you imagine the president of France saying, ‘Listen I don’t think it’s a good idea that Washington should be your capital. Maybe Orlando!'”

(The residents of Washington, D.C. may be without full voting rights but they are not militarily occupied or denied citizenship like the Palestinians in East Jerusalem.)

“Jerusalem is the capital of Israel whether you like it or you don’t,” he concluded.

With Trump, on the other hand, Glick is hopeful.

“President Trump and Vice President Pence have both expressed what I feel, and I’m not a god, I don’t know how to read hearts, I have felt genuine true sincere friendship with Israel.”