“Welcome to Your First Day. We Won’t Go Away” — Scenes From the Women’s March in D.C.

In this video, Jeremy Scahill describes the scene from the middle of the Women’s March on Washington. 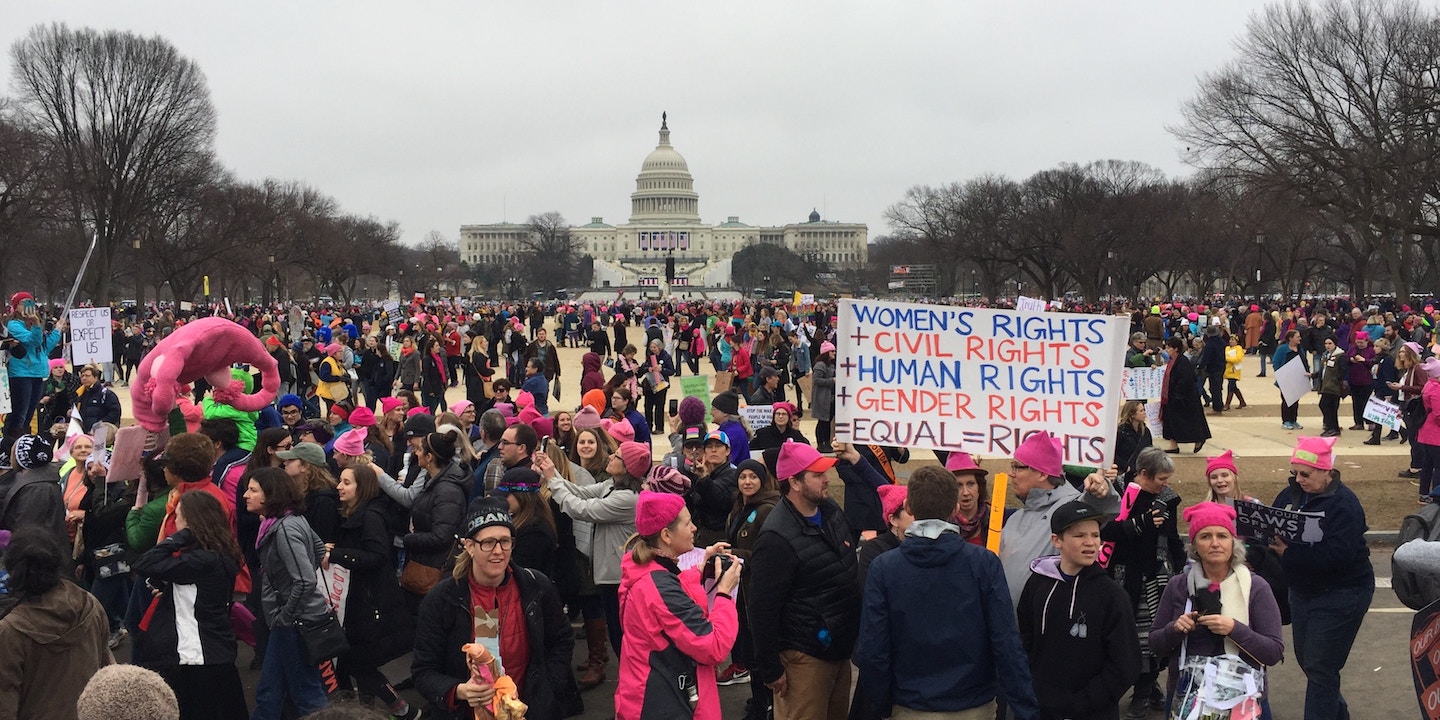 Hours before the Women’s March program was set to start on Saturday morning, many hundreds of people were already filing towards the starting point. Washington’s Metro, which on Friday saw below-average ridership, quickly filled with crowds wearing pink “pussy” hats and signs.

By midday, crowds with no end in sight were converging around the rally’s center and kept pouring in.

The March, created as a counterpoint to Donald Trump’s inauguration, was criticized in the first days after the election for its lack of inclusiveness. But a group of women of color eventually took the lead and the efforts to highlight a broader range of issues was everywhere to be seen on Saturday, with women, and men, of all ages and races carrying signs in support of everything from immigrants to black lives, indigenous struggles to reproductive rights.

Everyone expected the march to be big, but not this big. Organizers had planned for about 250,000; on the ground, it felt like at least twice that — and there were over 700 sister marches in other cities in the U.S. and around the world.

Even as space ran out, the mood remained peaceful and festive. Organizers had planned for marchers to move along the southern side of the mall, but so many people showed up that several marches took off in different directions, fanning along all sides of the Mall and filling the space in between with a sea of hats, music, and signs.