The “request for information” is one of the earliest operational glimpses into the Trump administration’s plans for heightened security along U.S. borders. On January 18, a week before Donald Trump issued Wednesday’s executive order decreeing the immediate construction of a wall between the U.S. and Mexico, the U.S. Customs and Border Protection agency posted a “Request for Information” to a federal database of government contract opportunities for private businesses. Although released without fanfare, the solicitation appears to be one of the earliest operational glimpses into the federal government’s plans for heightened security along U.S. land borders under the Trump administration.

The request makes clear that in the days preceding Trump’s swearing in, CBP was already taking steps to dramatically scale up its surveillance capabilities along the U.S.-Mexico border.

Because of the often treacherous and desolate terrain along the country’s 1,954-mile southern land border, many have speculated that in such areas Trump’s wall could be more of a digital surveillance shield composed of video camera towers and drones that scan for border crossing activity.

Now, according to the documents, the CBP is “contemplating an expansion” of Remote Video Surveillance System (RVSS) that would deploy the program’s digital watchtowers to some of the border’s most isolated regions.

A document attached to the request for information details CBP’s eventual goal of deploying RVSS towers in every section of its operations along the U.S.-Mexico border. The overhaul, according the CBP’s estimation, would more than double the program’s surveillance towers in six of its nine Mexican border sectors, increasing from 222 towers to 446 towers. The envisioned placement of the requested towers falls in line with Trump’s Mexico-focused anti-immigrant rhetoric: Of the 229 new towers detailed in the request, only 5 would be placed along the Canadian border.

In an apparent nod to Trump’s fixation on Mexico, the document shows that CBP hopes to build its first new RVSS towers in the agency’s Big Bend sector, which covers more than 420 miles of a largely unpopulated and mountainous border region along the Rio Grande. In recent years, the Big Bend sector has seen the lowest rates of migrant apprehension on the Mexican border. The CBP document states that the agency hopes to build eight RVSS structures, including two “relay towers,” in that sector. 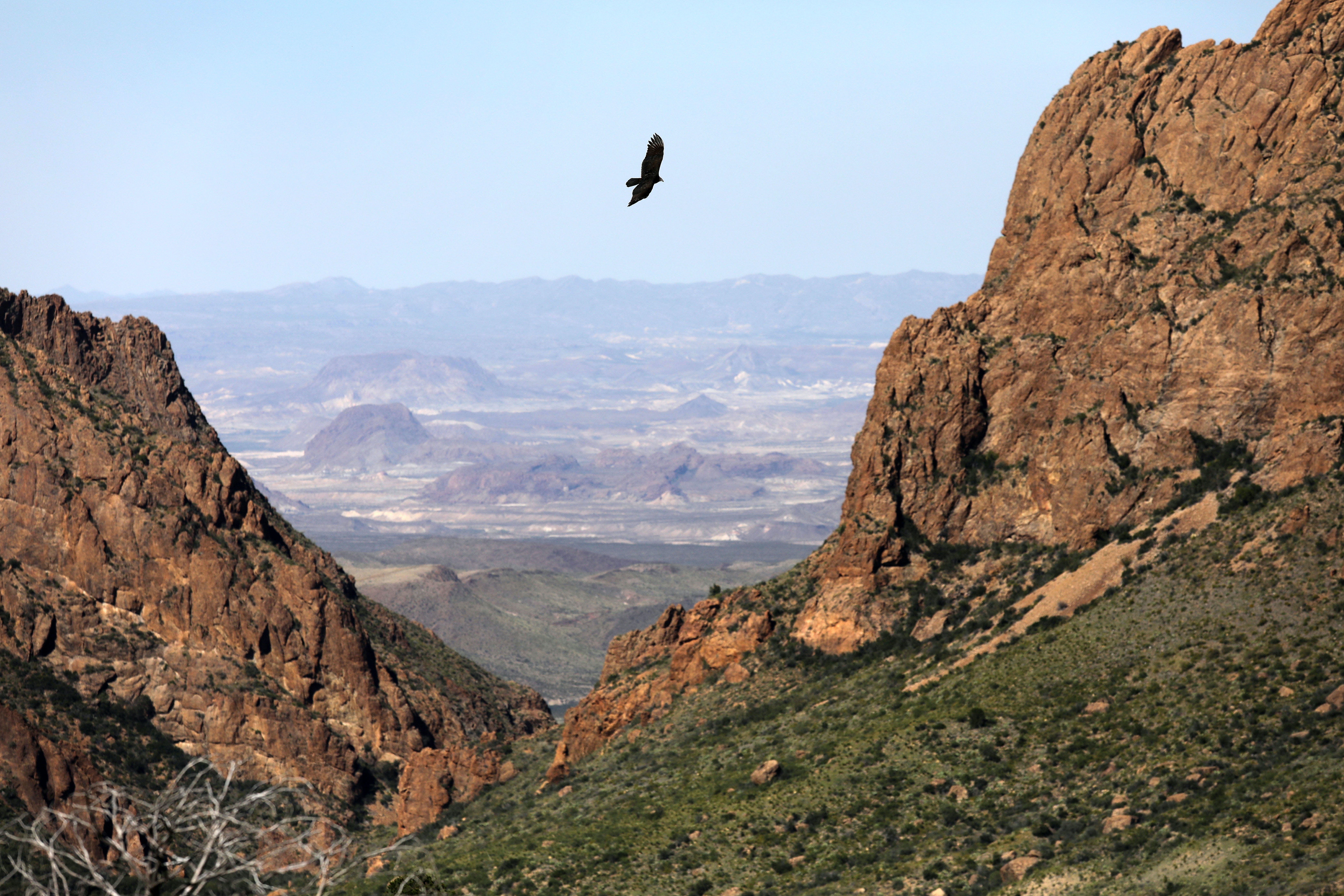 In another document attached to the request for information, or RFI, the border protection agency details the RVSS capabilities it expects contractors to build and maintain. The system comprises both fixed and movable watchtowers that would be equipped with video cameras, night vision, and infrared heat-sensing technology to detect and identify people, animals, or vehicles attempting to cross the border in daylight and darkness from up to 7.5 miles away. The agency states that the surveillance systems should have the ability to read facial features, clothing, colors, and license plate numbers, and to attach specific geographic coordinates to each “item of interest.” In addition to the building of 229 new towers along U.S. land borders, the CBP also hopes to upgrade its existing towers, the document states.

The expansion detailed in the RFI excludes three sectors that cover large portions of Arizona and the southeast corner of Texas — high-traffic regions with large stretches of flat land — where CBP already has deployed some of its most advanced camera systems. The RFI is clear that a contractor interested in building in the new regions should be prepared to construct the towers a variety of landscapes. “The RVSS Upgrade surveillance and communications subsystems shall be capable of being installed in all terrain types encountered along the United States Southwest and Northern borders,” one document states, “including urban, desert, plains, mountains, coastal, and forested areas.”

The RVSS program has been active since 1996, but updating and expanding the program gained priority in CBP’s mission after the discontinuation in 2011 of a failed program called SBINet, a wide-ranging attempt to create a “virtual fence” by overhauling border security technology. The program ended up costing more than $1 billion by the time it was cancelled. In addition to the RVSS program, the border control agency is developing a different program of border surveillance towers, under a $145 million contract with the U.S. subsidiary of the Israeli defense contractor Elbit Systems, known as the Integrated Fixed Towers system, currently focused on the Arizona border region.

In May 2016, CBP told a House Homeland Security subcommittee that it was interested in moving forward with the acquisition of technology for border security programs. The new request for information makes clear that CBP is in an initial phase of examining the RVSS expansion. An RFI can be a precursor to an official “request for proposals,” which generally means a government agency intends to pursue a plan that might require outside contracting. “This RFI does not commit the Government to contract for any supply or service,” the federal posting states. “The information provided in this RFI is subject to change and is not binding on the Government.”

Among the agency’s recent contractors is Palantir Technologies, a data-mining firm co-founded by billionaire and Trump transition adviser Peter Thiel. Although many of the details relating to the contract remain secret, Palantir has provided assistance to CBP in building a large and powerful intelligence platform called the Analytical Framework for Intelligence, which some privacy advocates believe could be used to facilitate President Trump’s “extreme vetting” of immigrants seeking to enter the country.

In last week’s request, CBP asks companies whether it would be possible for “a single prime contractor” to “handle all potential deployments,” potentially opening the door to a large award for a national security contractor. The RFI also indicates that the information contractors provide can be kept from the public, as is common in federal contracts involving national security.

“Respondents shall mark proprietary information as such to be safeguarded,” the RFI states, “in accordance with applicable Government regulations.”

Top photo: A U.S. Customs and Border Protection air patrol helicopter passes over a pond near the U.S.-Mexico border on Aug. 15, 2016 near Mission, Texas.