Trump’s recent comments fly in the face of decades of U.S. efforts to negotiate cautious, mutual reductions in nuclear arsenals around the world. 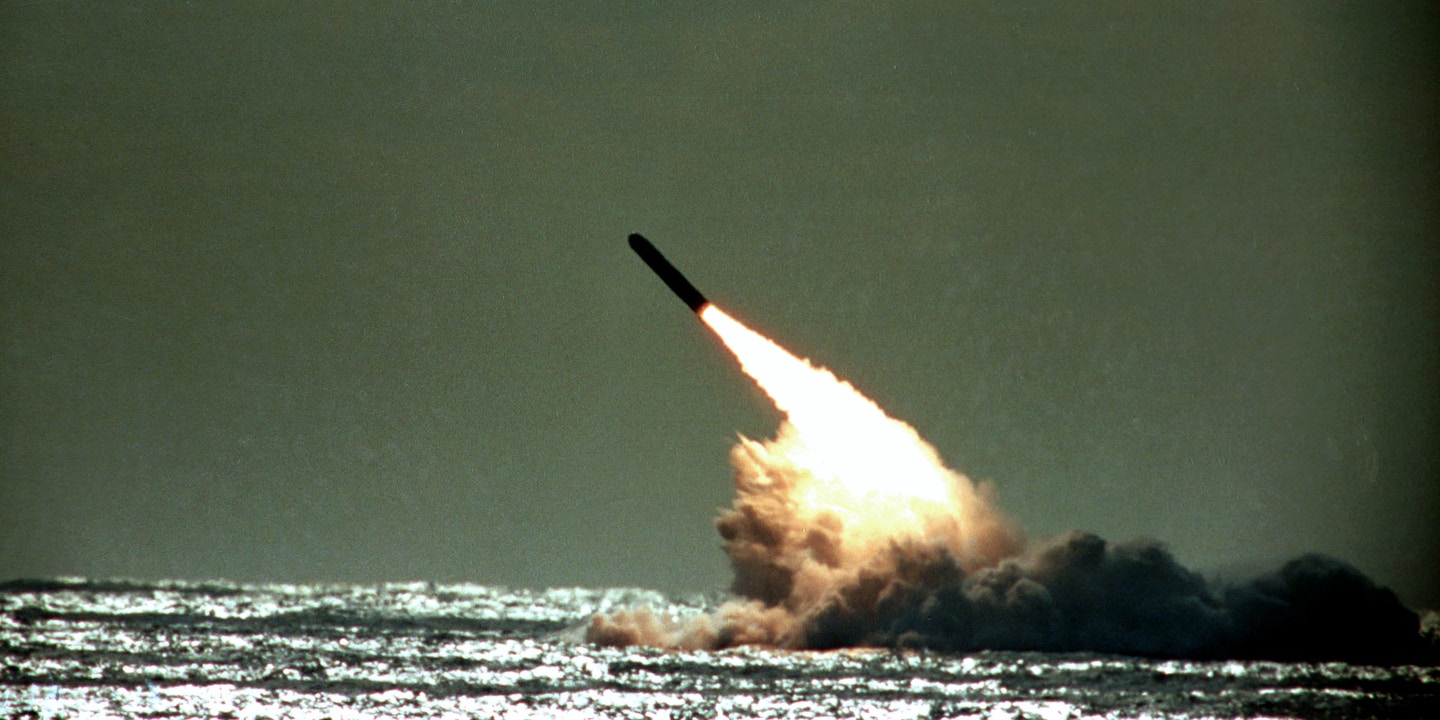 Donald Trump’s declaration on Thursday that “if countries are going to have nukes, we’re going to be at the top of the pack,” flew in the face of decades of U.S. efforts to negotiate cautious, mutual reductions in nuclear arsenals around the world.

Trump’s comments to Reuters essentially invited other nuclear powers to escalate their capabilities, and has the potential to set off a new nuclear arms race.

The Nuclear Non-Proliferation Treaty, which Congress ratified in 1970, requires the U.S. to pursue the “cessation” of a nuclear arms race between superpowers, and to take steps towards mutual disarmament. The whole idea was to end the nuclear arms race forever.

Trump has stoked fears about a new arms race before. When pressed for details about his nuclear policies in December, he told MSNBC’s Morning Joe “let it be an arms race,” and later tweeted that the U.S. should “greatly strengthen and expand its nuclear capability until such time as the world comes to its senses regarding nukes.”

Trump’s spokespeople spent the following day trying to walk back his comments. But he later made his views on nuclear reduction clear when he told Russian President Vladimir Putin that he considers the Obama-era New START treaty a bad deal. The treaty calls for both countries to reduce their deployed strategic nuclear warheads to no more than 1,550, the lowest level in decades.

The Russians currently have slightly more nuclear warheads than the U.S. — but the U.S., by contrast, has more strategic warhead launchers, according to the latest figures.

“The U.S. has certainly not ‘fallen behind’ on nuclear weapon capability,” wrote Hans Kristensen, a nuclear expert at the Federation of American Scientists, in an email to The Intercept. “It is already ‘at the top of the pack’ and has the most capable nuclear forces in the world backed up by overwhelming conventional forces.”

In 2013, national security officials in President Obama’s White House determined that the U.S. could safely reduce its deployed nuclear force by one-third. Other experts have said it could go much lower.

But instead of pursuing reductions that could have saved hundreds of billions of dollars, the Obama administration started investing in a trillion-dollar effort to modernize the arsenal, which budget critics slammed as unaffordable.