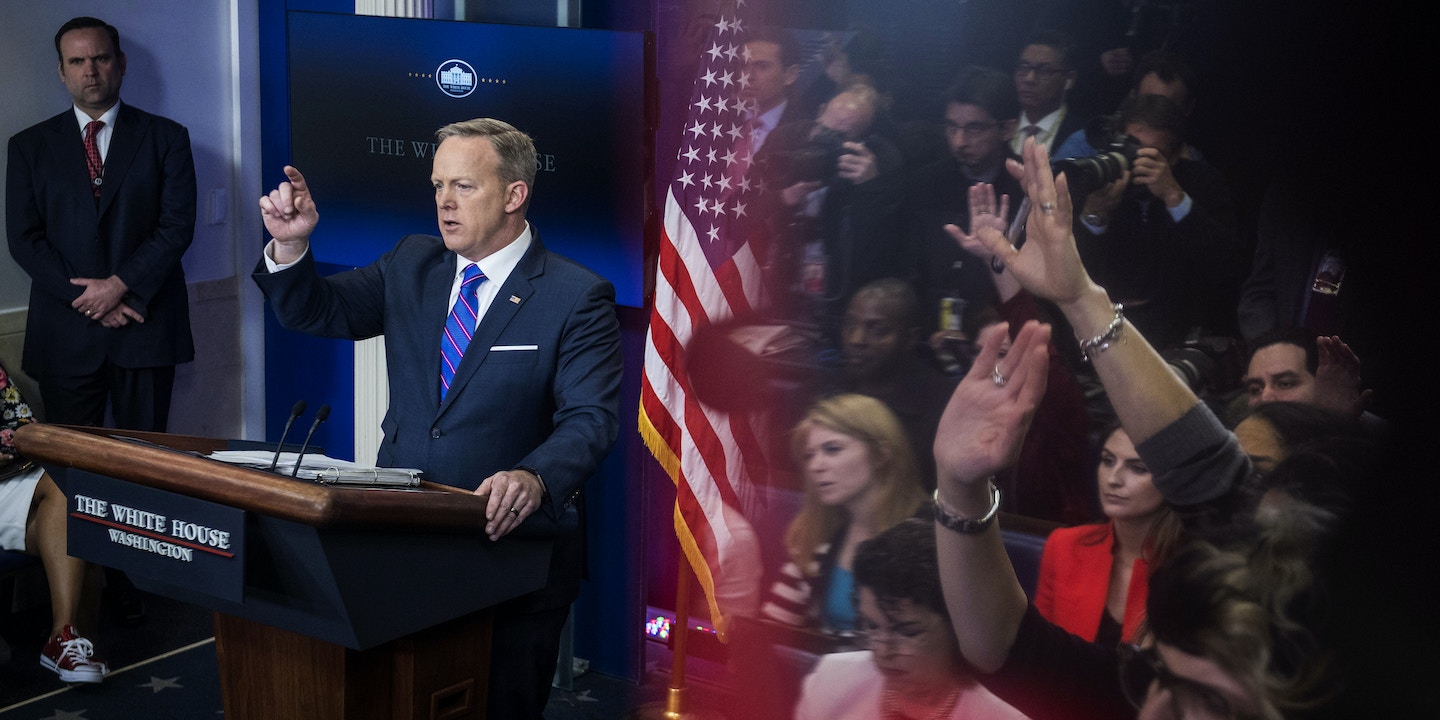 But on Thursday, asked about federal marijuana enforcement, it was like the states had no rights at all. Arkansas-based reporter Roby Brock asked Spicer about the administration’s posture towards Arkansas’s new medical marijuana law.

Spicer suggested that the Trump administration would respect state laws related to medical marijuana — but not offer the same respect for recreational marijuana.

Sean Spicer says states have a right to discriminate against transgender kids but not legalize pot https://t.co/w0noos55cq

“There are two distinct issues here. Medical marijuana and recreational marijuana,” Spicer said. “Medical marijuana, I’ve said before that the president understands the pain and suffering that many people go through who are facing especially terminal diseases and the comfort that some of these drugs including medical marijuana can bring to them.”

But Spicer compared recreational marijuana use to deadly opioid addictions. “I think that when you see something like the opioid addiction crisis blossoming in so many states around this country the last thing that we should doing is encouraging people, there’s still a federal law that we need to abide by in terms of … when it comes to recreational marijuana and other drugs of that nature.”

Shannon Pettypiece of Bloomberg followed up by asking if the federal government would take action against recreational marijuana.

“I think that’s a question for the Department of Justice. I do believe that you’ll see greater enforcement of it. Because again there’s a big difference between the medical use, which Congress has through an appropriations rider in 2014 made very clear what the intent, what their intent was in terms of how the Department of Justice would handle that issue,” he replied, referring to a 2014 law that directed the federal government to respect state medical marijuana laws. “That’s very different than the recreational use which is something the Department of Justice I think will be further looking into.”

Top photo: White House Press Secretary Sean Spicer points as he answers questions from reporters, seen reflected in an exit sign, during the daily briefing in the Brady Press Briefing Room of the White House in Washington on Feb. 14, 2017.