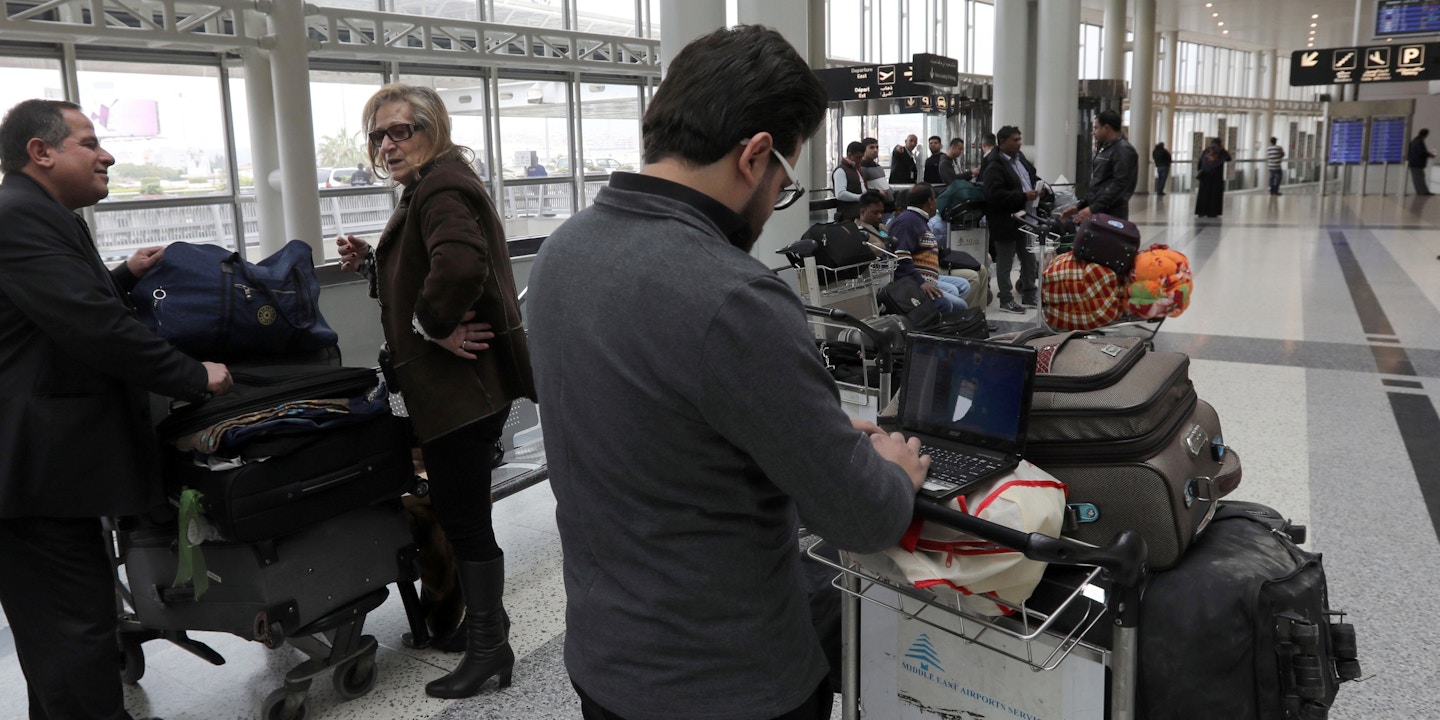 A lawsuit filed today by the Knight First Amendment Institute, a public interest legal organization based at Columbia University, seeks to shed light on invasive searches of laptops and cellphones by Customs and Border Protection officers at U.S. border crossings.

Documents filed in the case note that these searches have risen precipitously over the past two years, from a total of 5,000 searches in 2015 to 25,000 in 2016, and rising to 5,000 in the month of February 2017 alone. Among other questions, the lawsuit seeks to compel the federal government to provide more information about these searches, including how many of those searched have been U.S. citizens, the number of searches by port of entry, and the number of searches by the country of origin of the travelers.

Civil rights groups have long claimed that warrantless searches of cellphones and laptops by government agents constitute a serious invasion of privacy, due to the wealth of personal data often held on such devices. It is common for private conversations, photographs, and location information to be held on cellphones and laptops, making a search of these items significantly more intrusive than searching a simple piece of luggage.

A number of recent cases in the media have revealed instances of U.S. citizens and others being compelled by CBP agents to unlock their devices for search. In some instances, people have claimed to have been physically coerced into complying, including one American citizen who said that CBP agents grabbed him by the neck in order to take his cellphone out of his possession.

The legality of warrantless device searches at the border remains a contested issue, with the government asserting, over the objections of civil liberties groups, that Fourth Amendment protections do not apply at ports of entry. Some particularly controversial cases of searches at the border have involved journalists whose electronic data contains sensitive information about the identity of sources. Last year, a Canadian journalist was detained for six hours before being denied entry to the United States after refusing to unlock devices containing sensitive information. It has also been alleged that border agents are disproportionately targeting Muslim Americans and people with ties to Muslim-majority countries for both interrogation and device searches.

This February, Sen. Ron Wyden sent a letter to Department of Homeland Security head John Kelly stating that he was “alarmed by recent media reports of Americans being detained by U.S. Customs and Border Protection (CBP) and pressured to give CBP access … to locked mobile devices.” Wyden’s letter also indicated plans for legislation that would require agents to obtain a warrant before conducting these searches.

The rapidly growing number of searches has prompted a legal effort to demand constraints and controls on the practice. In a press release issued today announcing the lawsuit, the Knight First Amendment Institute indicated more plans to scrutinize these searches in the future.

“These searches are extremely intrusive, and government agents shouldn’t be conducting them without cause,” said Jameel Jaffer, the Knight Institute’s executive director. “Putting this kind of unfettered power in the hands of border agents invites abuse and discrimination and will inevitably have a chilling effect on the freedoms of speech and association.”

Top photo: A Syrian passenger traveling to the United States through Amman types on his laptop before entering Beirut international airport’s departure lounge on March 22, 2017.